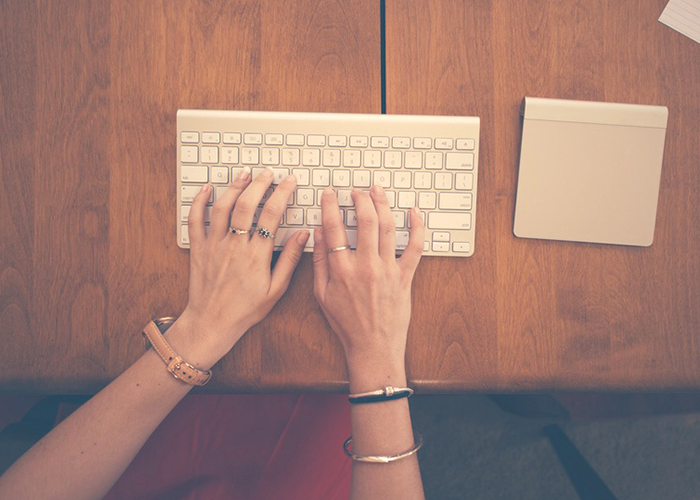 At the last internship I ever took, one of my nightly tasks was to help feed the evening crew (about 20 people) dinner from the commissary. Two other interns and I passed out menus every night, took down the orders, stacked each meal onto our flight attendant-style carts and distributed the hot made-to-order trays. The crew was filled with high-profile people, who were great at their job and very kind to me. I’m sure 98% of them wouldn’t remember me now. (Or if they did, it would be as the girl who pioneered the 2-tea-bag method to get more caffeine out of a cup of earl grey.) But even though they probably couldn’t pick me out of a crowd (or a stack of resumés), they were by no means bad people.

Toward to end of my internship, one of the higher ups called me over to chat. He was an alum of my school, and made sure to look out for me. Three minutes into our chat, he asked if I’d ever worked a waitressing job. Caught completely off guard, I said yes, that’s what I’d been doing before the internship started. He said:

“How is what you’re doing here any different from that waitressing job?”

I still can’t believe someone actually said that to me. It’s honestly four years of internship experience wrapped up in one sentence. He wasn’t to make me feel bad. He’d sat me down to cut through the bullshit and point out that if I was trying to get a job after college, this so-called prestigious internship wasn’t actually doing me any favors.

As you can probably guess, I didn’t get a job out of that internship, nor did I get a job out of any of the other internships I did for ~college credit~ and no paycheck. I’m not jaded — I had some great experiences and learned a few important lessons on what I sure as hell didn’t want to do. But I didn’t come anywhere close for finding what I did want to do.

I hopped on the internship train the same summer I got my first serving job. It was the summer after my freshman year of college and I was assisting the producer of a local news show. (I was a journalism major, which between 2006 and 2014 was roughly the equivalent of being a philosophy major in that it got the same amount of lolz and raised eyebrows when you showed up at the career counselors office.)

After my shift with the show, I’d head to my serving job at a local Bertucci’s, which is like the New England version of an Olive Garden.

I wasn’t paid for that internship, but I made about $350/week working 4 shifts at Bertucci’s. I didn’t get a job from that internship, nor do I still keep up with my supervisor, but as anyone who has ever waited tables can tell you, I got every serving job I’ve ever had because i already had the experience.

I’m not knocking internships entirely. I worked hard to get my internships and a few of the more impressive ones (like working at the London Olympics) still make for nice lines on my resumé. The problem is, other than a few emails swapped every year or two, the line on my resumé is all I have to show for those summers, or the hours I put in after classes.

When I graduated, I reached out to all of my internships. No one had anything for me. But I’d used that first serving job to get me another waitressing job in my college town so, at the very least, I was guaranteed employment serving Mediterranean food after graduation. a paycheck after graduation.

I don’t want to spin this story into a ~you should get a serving job because it is a metaphor for life and the working world~ type article. (Though it is true that it will test your patience and is, frankly, a humbling experience.) But that’s not why I advocate for getting a serving job. I push for it because it’s a line on your resumé that you can always fall back on, and it will actually get you a job, no matter where you are in your life, or what city you live in.

When I quit my job to pursue writing full time, none of my internship experience provided a security blanket. It’s unlikely those connections would’ve been able to throw me some work— especially because I live across the country from most of them. The only experience I had that actually put me at ease was my service resumé because I knew that worst case scenario, I could walk into every restaurant in the city and be making money a week later.