Why Planning For The Future Scares So Many Of Us, & How To Face It 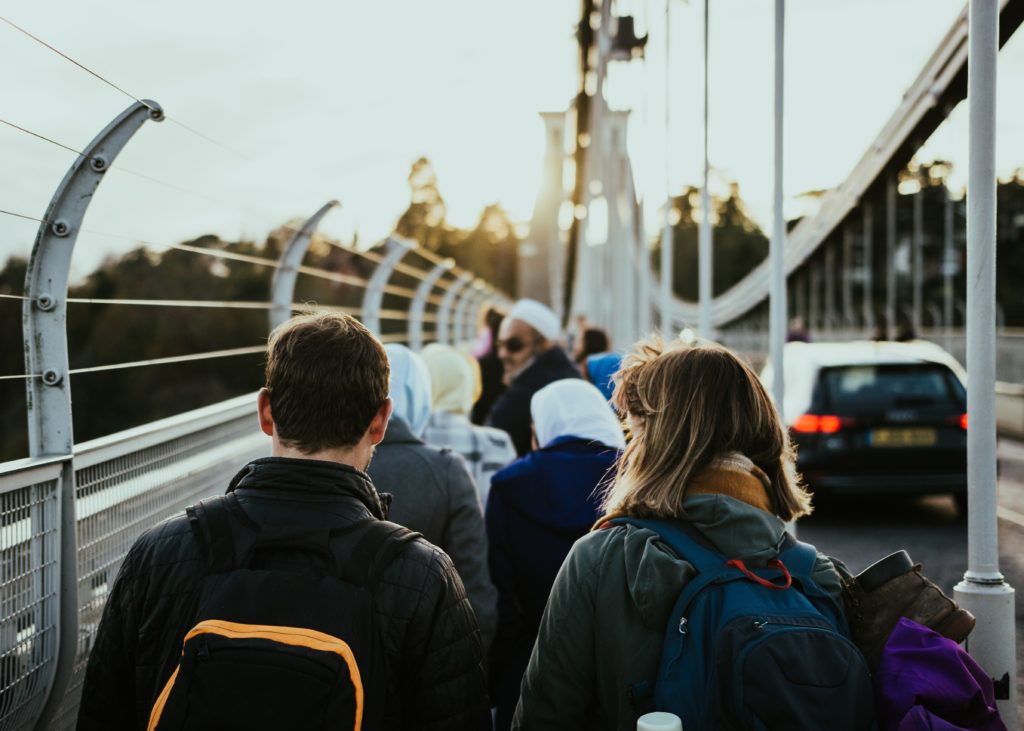 This post is brought to you by M&T Bank.

All summer long, we’re partnering with M&T Bank to bring you a series of smart savings tips from real women who’ve made their money work for them — and weren’t always so savvy. We’ve always focused on bringing you personalized money success stories (and learning experiences!) because, at the end of the day, there is simply no one piece of generalized money advice that’s going to apply to absolutely everyone. That’s what we love about M&T Bank — they don’t believe in a one-size-fits-all approach to finances, because everyone’s situation is different. They take the time to understand what’s important to their individual customers so they can help with their specific needs and goals.

There’s an increasingly common feeling among twentysomethings and emerging thirtysomethings – a pervasive feeling of anxiety when it comes to the future. Nihilism is now fuel for relatable humor, and academics have described our media landscape as “saturated with dystopia.”

If a sense of apathy has seemingly become your default, you’re not at all alone.

A 2018 study by Quartz saw that more than one-third of workers age 34 and under report anxiety so bad it’s a disruption to their everyday life, over-indexing against the general population by nearly 100%. Many of the generational factors correlating with this rise in anxiety — like mounting student debt, skyrocketing costs of living and relatively stagnant wages — are so specific to this current era that it’s increasingly common for sociologists to label this as “millennial anxiety” and “millennial depression.”

We’ve also been called the “burnout generation,” the “most cynical generation ever,” and, more succinctly, “screwed.” It would take less time to name the things that millennials aren’t anxious about than the things they are. And unfortunately, most of the financial and economic media we’re presented with boils down to one key message: we’re not passing the same financial milestones that our parents did when they were our age.

Sometimes it’s antagonistic; by now, we’ve all read countless articles on the industries we’re “killing,” from golf to traditional television and even napkins. And we’ve been condescended to about our inability to build wealth and buy houses, usually because we’re allegedly prioritizing luxuries like lattes and avocado toast.

But often, that message is presented in a more informative and sympathetic package. When Highline says we’re “screwed,” it’s not meant to mock us, but to provide us with tangible numbers to back up our brewing resentment — like the fact that a typical college graduate from 2009 could earn up to $58,000 less over 10 years than someone who graduated in 2007.

M&T Bank’s Smart Money Tool can easily help you stay on track of expenses while you’re in the midst of paying off debt.

But while there is plenty of comfort in these kinds of articles (they certainly can provide us with fuel for our arguments when Uncle Jim goes on yet another anti-avocado toast tangent), they could be doing more to compound our feelings of hopelessness, instead of helping us find solutions and making positive changes. See, a bleak financial situation doesn’t always look like excessive happy hours, credit card debt from emotional spending sprees, or closets full of clothes and accessories you can’t afford. In fact, it’s really easy to present yourself as someone who has their financial shit together by being outwardly frugal, sensible and disciplined. But just because you brown bag your lunch and skip that take-out coffee doesn’t mean you’re in an enviable place financially. More than half of U.S. millennials report not being able to afford a $1,000 emergency, so it should be no wonder that fewer are even trying to buy homes. Between 2005 and 2015, the number of people age 25 to 34 who owned homes went down by nearly 10 percentage points, according to the Urban Institute. Additionally, the majority of young people who have bought homes say they regret it.

Millennials also change jobs more often than other generations (according to Dynamic Signal, 21% of U.S. millennials have changed jobs in the last year, triple the rate of non-millennials), coinciding with the fact that more than 70% of those millennials either don’t feel engaged at their jobs or feel actively disengaged.

Make sure you’re on solid financial footing before making a major career change. M&T Bank’s team of financial advisors can help you make the best decision for your life and money.

There’s a shared lack of looking ahead, a lack of enthusiasm for the future – and it doesn’t even stop at financial and economic issues. Between our increasingly tumultuous political climate and a rising sense of urgency around climate change, the common theme isn’t just that the world is doomed; it’s that we feel powerless to stop it.

The rising feelings of frustration that soon become a sense of futility can run parallel with our own financial anxiety. As we attempt to forgive ourselves for not passing the same milestones as generations before us, we further internalize the idea that we’ll never have those things — a house, a retirement plan, significant savings — and that there’s no point in even trying.

But who’s to say there isn’t a point? Are we stronger than our own feelings of helplessness?

The American Psychological Association itself has found that news consumption has a downside; increased reading and watching of negative and worrisome information can lead to feelings of depression and anxiety. And, according to a study in the Psychological Bulletin, our brains are wired to respond more strongly to information we perceive as negative (“negativity bias”).

That’s not to say the feelings of negativity and fear are all “in our heads.” But by constantly reading about how doomed we are, we may be spending too much energy dwelling on our fears — and not enough being proactive.

Here are some of the ways you can flip your own script:

1. Find success stories from authors you can actually identify with.

For decades, the personal finance space has been long dominated by middle-aged white men whose strategies for building wealth are usually, “Be born in 1956, enter the middle class easily, get rich, then get richer.” And while those voices are still sadly dominant in this subject area, there is an increasingly active contingent of younger people, people of color, women, and people from various financial backgrounds writing about finance. And we’re not just talking about TFD – authors and bloggers such as Shannon Lee Simmons and Fo Alexander have emerged as refreshing voices with tangible advice beyond “stop going to Starbucks” and backgrounds more young women can actually relate to. Numerous studies have found that for better or for worse, we’re drawn to people who are more like us, and a brain scan study from Harvard shows that even knowing that you have one thing in common with someone gives you a sense of comfort and a higher likelihood to identify with them across the board.

It may feel frustrating or even patronizing to move from focusing on large goals, like buying a house, to short-term goals, like having $1,000 in your emergency fund. But setting and achieving short-term goals have been proven to work in numerous scenarios. Studies have shown that short-term goal setting can increase motivation in athletes by allowing them to track and learn from their various small victories and improvements. But that phenomenon isn’t unique to athletes. Research at MIT found that a sense of success can help brains perform better in terms of focus and cognition. By focusing on shorter-term and more easily achievable goals – even something like making an appointment with a financial advisor, or creating a budget – you can motivate yourself to keep working and staying on track, rather than feeling like a failure.

M&T Bank’s Easy Save plan lets you set up an automatic savings plan that moves money from your checking account to your savings account as often as you like, so you always stay on top of your long-term savings goals.

There’s only so much that online articles — even those that are sympathetic toward us — can do to actually help us feel motivated. There’s a lot out there that tells us how things are, but not a lot that meets us where we are and tell us what we can do. There’s a far-too-fine line between letting ourselves process negativity and dwelling in it, and often that line is crossed when our own brains start to distort negative information in various ways. We might not be able to change our brain chemistry on our own, but developing coping mechanisms can help us to break the toxic cycles that tell us that there’s no point in even trying to achieve our future goals can help us break through those distortions. Psychologists, counselors, and even financial planners are there to do just that, and when you actually get face-to-face (or at the very least, voice-to-voice or text-to-text) with one, you get information that works for you — not a general audience.

To learn more about how M&T can help you reach your savings goals, visit their website or a branch near you.