Here’s What Your Debt Looks Like Compared To Average Americans 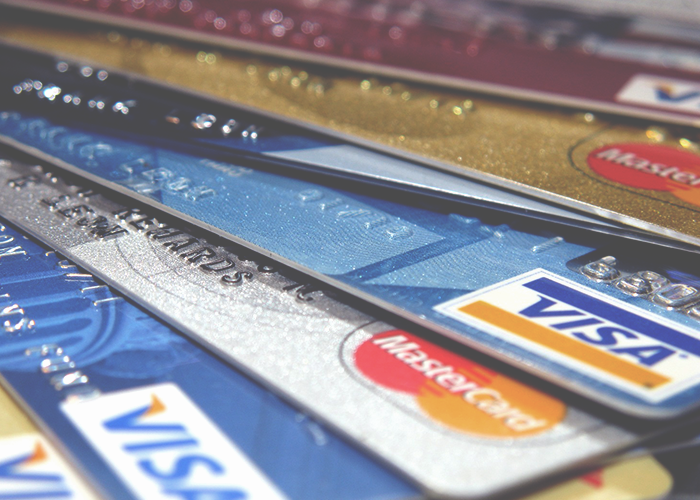 Last week, I found a study that, at first glance, startled me. According to Nerd Wallet, the average American household has $129,579 of total debt. Of that debt, $15,355 is credit card debt. Nerd Wallet drew this information from the U.S. Census Bureau and New York Federal Reserve, and reports that the biggest cause of debt is mortgage — something many of you might not yet have. But if you consider different kinds of debts individually, the average American household might have $165,892 in mortgages and $47,712 in student loans. So, for example, if you currently have $28K in student debt, you are still falling about $19K below the household average (this is including both undergraduate and graduate degrees). Similarly, if you and your family keep a running balance of about $4K on your credit card, you are still $11K below the national average.

The numbers alone are striking. To look at this on paper (or on a screen), and read that the average American household has more than $100K in debt, is scary. But it isn’t fair to look at all of this debt and say it’s problematic without discussing the root cause. While this may seem like an extreme amount of debt, some of the reasons for taking on this debt are better than others. Nerd Wallet extrapolates from our new debt average, and qualifies good debt versus bad debt:

“But not all debt is equal. Under the right circumstances, mortgage, student and auto loan debt can help strengthen your financial position. However, credit card debt — and other debt with high interest rates — tends to be unnecessarily costly and should be paid off as soon as possible.”

Of all the debt the average American incurs, more of it is falling in the “good debt” category than the “bad debt” category. While credit card debt should be tackled as soon as possible, because of the high interest rates, some Americans choose to make the minimum payments on loans, or mortgages, even if they can afford more, to have more financial freedom.

While some feel paralyzed by debt, others have accepted it as part of their financial life. TFD contributor Emma Bellamy explained that she’s specifically not in a rush to pay off her $90K of student debt because she is focusing on building other parts of her financial life. There is no doubt that paying off your debt quickly is admirable, but the standard 10-year debt repayment plan is becoming less standard every day.

For me, the 20-somethings I know who have purchased property are a great example of those taking on good debt. A friend of mine, who is in his late 20s, recently bought an apartment in an up-and-coming area outside of Boston. To pay the mortgage, he is renting out two rooms, and then paying a share for his room. Overall, he is paying much less than he would’ve paid if he’d been renting in the heart of the city. He has debt now, but he’s also making a strong investment for his future (before turning 30 to boot).

Nerd Wallet says that one of the reasons we incur so much debt is due to “The rise in the cost of living, [which] has outpaced income growth over the past 12 years.” While the median household income has grown by 26% since 2003, household expenses — costs associated with food, medical attention, etc. — are increasing faster. In the time it has taken for household incomes to increase by 26%,  the cost of living has increased by 29%.

The more I read about paying off debt quickly, the more I realize that while it’s an impressive feat, it’s not the universally-right path for everyone that we may believe it to be on the surface. (Just like getting our inboxes to zero and moving to a country where the cost of living is much cheaper isn’t the right choice for all of us.) Yes, in an ideal world, no one would have to worry about monthly bank withdrawals paying down a sum that seems to never budge. But that isn’t the reality. While I have minimal debts now, eventually I will want to buy property, and it seems very unlikely that I will be able to buy a house outright. But at least my monthly payments will be going to a place I own, as opposed to paying rent, which feels a lot like throwing money down a dark hole that will never spit an ROI back out.

Nerd Wallet, thankfully, offers solutions from an expert for all the Americans currently living with debt. They recommend prioritizing paying off your credit card debt. Seeing as the average household with debt can end up paying $6,658 in interest per year, I think it makes a lot of sense to pay off the high-interest debt first. Beyond that, it is worth considering what expenses you can cut out of your life. I find that it’s helpful to check in with myself and make sure that I’m spending on needs. It’s important to make sure you’re spending your money purposefully, as opposed to on subscriptions you don’t really use. Finally, they encourage those who feel like they’re getting underpaid to take action. Of course, asking for a raise should be premeditated and done at the right time. But if you are struggling, while simultaneously not getting paid what you feel that you deserve, that might be something to think about. Chelsea recently did a whole video, with the help of three bosses, on the strategies to actually getting a raise.

Personally, I get worried looking at studies like this, because it’s hard to shake the feeling that this could very well be what my future looks like. I brought this survey up with a few friends, and all of us initially melted down about how we’re genuinely scared we’ll never be able to afford to buy property. But when we discussed it more thoroughly, we also realized that the spending habits we’re cultivating now are helping us build a stronger financial future. We use credit cards wisely, we live within our means, and we make debt payments in a timely manner. And for now, that will have to be a big enough step.