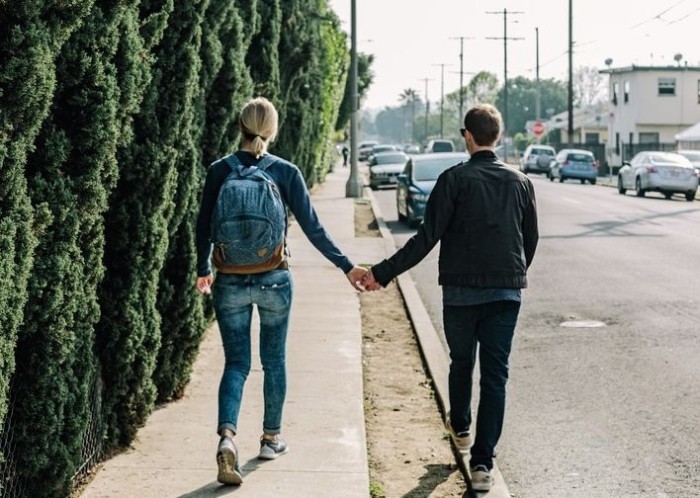 I remember the first time I heard a man’s salary. I was sitting by a fire in my late teens, across from a guy I’d known for several years, listening to him talk about the engineering job he’d just gotten out of college. He’d graduated from a high-ranking program right into one of those “adult” jobs I’d always imagined never actually happened to people I knew, and started at a salary of just over $40,000 a year. At the time, he was living at home with his parents, so the number felt all the bigger to everyone. “What’s it like?” I asked.

“Well,” he said, “Imagine someone dropping a big check into your account every two weeks, and you can’t spend it all, even if you wanted to.”

Those words, to someone like me who was permanently working minimum-wage odd jobs while part-timing it at community college with a thoroughly destroyed credit score, felt like honey on my ears. And when I look back on it, it feels like not just the first time I heard a man’s salary, it feels like the first time I really established a dynamic that would follow me in every relationship from then until just a few years ago.

I considered myself such a complete financial mess, and assumed my potential earning prospects were so dim, that I felt the best way to go about setting up a life for myself was to rely on the man to be the breadwinner, and the responsible one. I’d always work, of course, but I’d never feel the crippling weight of responsibility on me, because I knew I’d just fail at it the way I’d always done. And besides, I told myself in a line of thought that now seems shockingly manipulative, I’d always preferred the nerdy, serious type — it would just so happen that I would end up with a guy who’d have it all taken care of, and I wouldn’t have to worry about it.

Some years after that bonfire revelation, I was dating a guy considerably older than me while I bounced around nannying jobs, classes, and my theatre-and-dance projects that I took much more seriously than any of my actual responsibilities. I had made absolutely zero progress on my terrible relationship with money, and was continually finding new and innovative ways to throw myself into everything but building a stable foundation for myself. I was religious about my French-language meetups, or the club I’d started at school, but would quit or be fired from each job I had a few months into working it.

The guy I was seeing was the latest in what had clearly become my type: established in a way I wasn’t, good at his (impressive) job, and able to take care of most things, financially. I remember one night, he insisted on telling me his salary, and it was the biggest number I’d heard of someone earning to that point. I felt thrilled and impressed, but mostly I felt even more reassured, coddled in my growing conviction that I would never have to be someone who had to make things happen in terms of money. I looked at him the way I looked at all of the men who interested me — with a deep reverence, and with an implicit understanding that I was the child somehow in this equation, that I would never have to grow up because someone was doing all the growing up for me.

Needless to say, that relationship did not work out.

A few years later, when I met my now-boyfriend — with whom I’ll soon be celebrating a five-year anniversary — I was living in a new city and, for the first time in my life, doing something that stood the chance of both fulfilling me and earning me a little bit of money. I was on the very first steps of pursuing writing as a real career, and it was largely due to meeting Marc at this time that I was able to go in with both feet. I won’t lie, there were times when he helped me out financially in the transitions: things like furnishing my own apartment, or being able to quit my nannying job and stop school, were due in part to little loans he would give me here or there. And I won’t delude myself into thinking that, when I met him, I was already this fully-formed person who was capable of handling herself on her own, and seeing any relationship I’d enter as an equal. But despite the fact that he was already in a stable career, and I was patching together my freelance work into something bigger, a shift had already occurred.

And most importantly, the pushes that he gave me were almost never financial, but rather professional. He encouraged me to pursue the book I eventually sold, to take the freelance work that eventually became a staff job, to reach for things that I imagined were beyond my grasp. I know now, looking back, that there is a fundamental difference in relationships between “I support you” and “I push you to be greater,” but it wasn’t until I had experienced the latter that I truly understood.

At some point between that first date and today, I became a different person. I have a control over my financial and professional life

that I’d never imagined possible. I set goals for myself and reach them, I meet deadlines, I pay bills. I have become an adult, in all the ways I choose to measure that for myself. And though he still earns more than me — or at least will so far this year — the relationship I have to his money and my own is nothing like I once had with my partners. I have actively turned down money this year, in fact, because I have realized that the number is irrelevant, on both sides, if you have what you need. Earning a certain number will not prove anything, about myself or anyone else. Yes, I have greater money goals, but I also know that sometimes it is better to wait on something so that the payoff will be better in the long term, and that you are not defined by whatever is on your bottom line.

I am no longer impressed by a number, on his checks or my own, because I know what it means to work for it. Things can seem so big and impressive when you have no sense of scale, but when you forge your own path — however that path may look for you — you have an intimate knowledge of the balance of things, and how much a high number on a paycheck might cost in day-to-day life.

Most importantly, when I look back on my life before pursuing my own career and setting my own goals, I realize how vulnerable I was. Luckily, I never dated anyone who took advantage of the enormous power imbalance, but they very much could have. Because the discrepancy wasn’t just in what we brought to the table, it was in how we viewed ourselves, what we imagined we deserved, and what we felt like we owed the other. I assumed that my role was to bring someone happiness, and that they would bring me stability, but I never saw how precarious an equation that really was until I was out of it. Anyone could have abused or manipulated me financially, and I would have had no recourse — not just because I had no money, but because I had no vision for myself. I had no other path that held real importance in my life, or stood a chance of taking care of me the way a relationship would.

I fully intend to be in my current relationship until, well, forever. But I also plan on continuing to restore my credit, build my own emergency fund, have my own investments, and pursue my own career with enthusiasm. Because at the very least, something could happen to him that would leave me solely responsible for things, and it would be unfair to both of us to not have the ability to take care of myself. And in the immediate, the confidence and clarity one gets from working hard and building things for yourself — whatever those things may be — means that you will never look at a relationship as though you are a child, or a dependent. You will look at it as a teammate, and encourage and help one another as teammates do. You will remember that you love yourself as much as you love the other person, and that there are things in your life you must accomplish and grow to foster your relationship with yourself, because no one can do it for you, not even your partner.

I used to believe that a man would be my stability, and that this would make me respect and admire him. But now I know that respect can only be held between two equals, and that a number on a piece of paper doesn’t make you one.