Yes, You Should Spend On “Experiences” Instead Of “Things.” But What If You Can’t Afford Either? 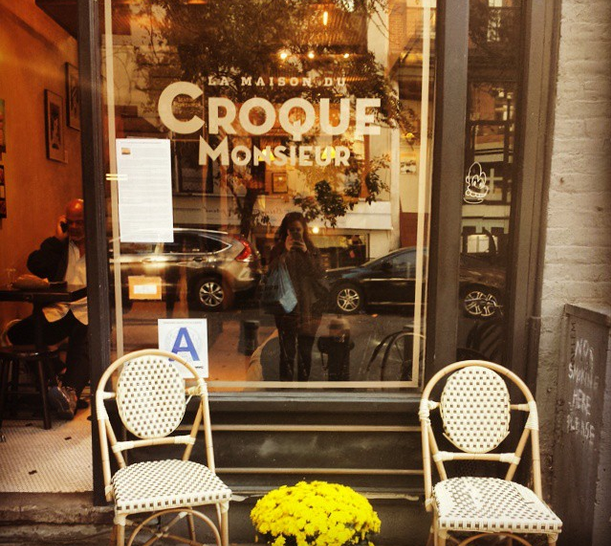 I didn’t travel internationally until I was 21 years old, a fact that used to humiliate me so much that I would actively avoid the question. I come from a relatively affluent and WASP-y town, which meant that my lack of “culture” in the form of expensive, logistically-difficult travel was nothing short of social sin, and I did everything in my power to hide my lack of Experience Points. Sure, I’d traveled semi-extensively around America, had lived in three different states, and spoke two languages, but that didn’t matter. I didn’t have a cornball photo of me holding up the Leaning Tower of Pisa, so I might as well have been a moonshine-swilling yokel. (For the longest time, I resented my younger sister for getting to travel internationally several times in her teens, and never appreciating it to the degree I felt she should.)

Since that point, I’ve traveled internationally at least twice a year, every year, and lived three years abroad. Do I feel that I have suddenly caught up with all of the je ne sais quoi I was missing out on all that time? No, not really. But then, I think the experience of living abroad in the way I did (working, navigating administrative issues, renting an apartment, finding a friend group) rendered the whole thing banal in the way life anywhere is. It wasn’t an adventure the way my hometown friends described it, because it was just everyday life. Sure, my trips to certain beloved cities (Lisbon and a small town near Lake Annecy leap to mind) had that wonderfully transportive quality that I had imagined foreign travel would, but there have been many more things that made me a more “cultured” person, I think. Most of what I did while traveling was look at old buildings and eat.

And for the longest time, I thought that going to music festivals was yet another one of these grand ~eXpEriEncEs~ that I was missing out on, that there was something fundamentally missing from my college-aged self that I had not yet sweat my makeup off in a musty tent that plunges into freezing temperatures the second the sun goes down. Since then, I’ve been to several music festivals. Verdict? Kinda not my thing! I saw a few good shows from artists who I’d have preferred to see individually, and spent a lot of time day-drinking myself into a mid-afternoon heat stroke, followed by a restorative dinner at some greasy food stall that left me nauseous for the rest of the night. All that buildup for not that much payoff.

The point is that, for much of my teenage/young 20s life, there were things I desperately wished to do but was simply too broke for. I was a kid going to community college, working two or more jobs, and on a strict budget from her parents who would not co-sign on student loans over a certain, very low, amount. I had a life that felt entirely devoid of “experiences,” those mystical purchases that were sure to transform me into the kind of person I felt I deserved to be. And this led me, when I had a little money to spare, to grab plane tickets to wherever I could afford, or crash on a friend’s house a few states over just to say that I did it. When I couldn’t afford to buy these experiences, I felt a mix of FOMO and profound insecurity, surrounded by people who could allow themselves these luxuries because it wasn’t them signing the checks.

I wish, sometimes, that instead of lusting over these “experiences” — which I had set on a perfect dichotomy from the unfulfilling “things” — I’d considered just saving some money. I wish that I’d realized that sometimes the “things” we invest in might not be a purse or shoes, but rather a useful education, an emergency fund, or an investment. I wish that I didn’t look at every dollar I earned as something I needed to burn up, because if I wasn’t out there ~living to the fullest~, I wasn’t getting the most of my youth.

I got much more “character,” if you want to call it that, toiling at crappy jobs while at community college than I did in my years of being a writer in a small Parisian apartment, because it taught me humility, delayed gratification, and my own ability to make something of nothing. I worked in a very unglamorous way to send myself to another country, and once I got there, yes, it was beautiful. But it wasn’t the enriching experience that riding two hours on a bus each way to go fill envelopes at a warehouse in Virginia as a temp was. Because every day on that bus I knew what I was working towards, and met so many people who I otherwise would have walked by without a second thought.

And the people I know whose lives were filled, from a young age, with the most grand and enviable “experience,” who got to tour Germany and Spain before they could write a full sentence? I don’t know if they’re any less “cultured” than I am, but they’re certainly less grateful. They certainly look at these incredible, unimaginable adventures with a certain sense of normalcy, while I feel that, for the rest of my life, they will feel like something thrilling and new. (Even so, being able to travel, period — even on your own dollar — is an incredible luxury, and something that seems “normal” to me, but is not for many people around the world.)

The truth is that sometimes you cannot afford anything, and it’s not some fake dichotomy between a new purse or a trip to Mexico. (Though sometimes it is, and it’s important to consider those purchases when they arise.) But sometimes you must not succumb to the overwhelming pressure to be this cultured, traveled, adventured person, simply because people around you (for whom it is much easier to get these things) insist that it will make you so much wiser and happier. Often, it’s the things we must do with our heads down and our pride swallowed that make us richer. It’s the delayed gratification of a dollar saved that allows us to one day have our experiences in the right way, when we can actually afford it. And I wish that I had known, when I was feeling so down on myself for not having every “experience” I desired, that I was surrounded by experience all along. My experience was growing up and making something of myself my own way, and that’s something that no one could have paid for.