What You’re Allowed To Demand From Your Friendships 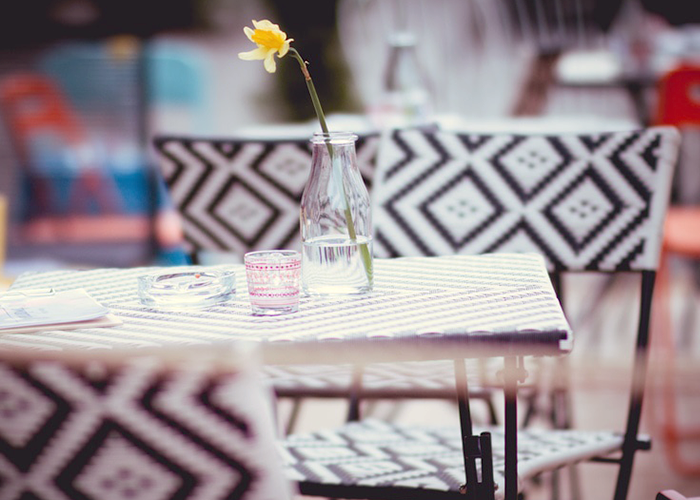 Recently, an old girlfriend and I were having a conversation about what it means, as time goes on, to be a “friend.” We were talking about the people we had in common, and who among them was really still someone we would give that title to. With perhaps a bit more bitterness than I intended at the time, I made some comment along the lines of, “I’m sorry, but it can’t all be about how long you’ve known each other. Friendship is earned and grown every day.” And yes, sometimes you feel that sting of “we haven’t called or gone to see each other in X number of days,” like one of those “times since last accident” signs at a factory, but sometimes it doesn’t hurt at all. My friend told me about a few people who had faded quietly, and I realized I had many of those, too. They don’t all go out with a bang.

It’s hard to shape the definition of the word as your life changes, because what used to mean “friend” was often “person in my social circle, in my town, in my school, with whom I spend a lot of time and have a lot of things in common.” Your parents know each other, your siblings know each other, all of your references and in-jokes and memories are shared. Friendships used to be defined, for many of us, in large groups that moved and shifted as we did, and which were as much contextual as they were built on real connection.

Now, of course, we have those same big groups — at work, in our neighborhoods, through our partners, through friends-of-friends — but we would be more likely to call them “acquaintances,” because we recognize that we simply don’t have a very high level of closeness as adults. Once we get out of that Myspace Top 8 social mentality, we realize that collecting the highest number of “friends” doesn’t get us anything, and that a powerful relationship with one person is worth 10 “let’s get drinks”-level acquaintanceships. And this is an easy distinction to make, when the person is just someone you know from around your life. Coworkers, neighbors, etc — you don’t owe them anything. It feels fine to put them in the “acquaintance” column and get on with it.

But what about people you’ve known for a long time? What about people from high school, college, your hometown, your first apartment share, your first social group? What about the people who used to carry those powerful social markers, who used to be part of a tribe and whose closeness was always assumed as a given? What do you do with those people when time and distance starts to pull you apart?

A friend of mine who is living very, very far away from where she grew up and went to college recently got engaged. We were talking a few weeks ago about what that means for the invite list, and the social stigma that will inevitably follow. “Honestly,” she told me, “Sometimes I feel like we should just elope, because I know that 80% of the people I used to be really close with back home are not close enough now to make the cut, but I know that they will be devastated if we don’t invite them.”

And that’s true, of course, and anyone who has ever been to a wedding knows that often the sentiment of “everyone gets an invite” wins out in the interest of no drama. But why do we feel that we owe each other this place of importance when we don’t make hardly any effort to maintain a friendship in the way it is actually maintained — through frequent, low-impact contact and effort? Friendship happens in the phone calls, the visits, the “thinking of you” gifts, the random text messages. Why do we let all of these slip by the wayside with people we used to love, and then expect that same level of treatment when the big moments come?

I asked her if the people who would want an invite are people she talks to with any frequency. No, of course, was the answer. Some of them she hadn’t spoken to once in the last year. But they would still consider her a close friend, would consider it an enormous slight if they weren’t invited. One of them, she said, told her that she would make her a bridesmaid at her own hypothetical wedding, and the two of them haven’t had a more than five-minute conversation in nearly two years.

The guilt of my newly-engaged friend still weighs on me, because it’s a perfectly-contained symptom of a greater phenomenon: this idea that we owe one another closeness and priority if we used to have them, and that, as we become adults, we are not allowed to demand certain things from the people we call friends, just as we would any other kind of relationship. But as we get older and have more responsibility and less free time, it only becomes increasingly important that every person in our life is someone who really, truly brings us something. It shouldn’t take courage to say “no,” in a kind and thoughtful way, to someone who is demanding closeness from you without giving you something in return, but it does. It does because society almost universally looks at people who put boundaries on their friendships as somehow cruel or unempathetic. If you purge your Facebook feeds, you’re an asshole. If you don’t invite every long-lost friend to a wedding, you’re an asshole, If you don’t give out the title of “friend” to everyone who wants it, you’re an asshole.

For me, becoming a business owner was the only thing that truly allowed me to become more protective over the idea of who is and is not a friend. It’s allowed me to feel comfortable in demanding certain things, and in not feeling guilty if I simply don’t have time for a high number of people. I have a very small circle of “close friends,” around 10, probably, and that already feels like too many to balance. But I’ve tried to be better about calling, Skyping, writing, and visiting with these people, because those are the things I demand for myself. And I’ve also become more lucid about the people who used to be friends I’d see nearly every day, with whom I’m no longer close. They are an old friend, maybe. Sort of like a distant family member I rarely talk to now, I guess. But I don’t owe them the closeness that I do the other people with whom I have a much more active relationship.

And you don’t need to have your own business or move across the world to decide that for yourself. You can set boundaries with your friends and, if nothing else, demand that they are something that is actively growing and evolving every day, instead of something that is sitting in some kind of Friendship Museum, only to be dusted off for big occasions. Wanting to trim your lists down or make time only for the people with whom it really matters does not make you a bad person. Letting go of old connections doesn’t make you mean, or that you don’t value friends. In fact, to me, it means quite the opposite. It means that you know that life is short, and very full, and that time is our most precious resource. How you spend it means everything, and you deserve to spend it in the best way possible.