10 Brides On The One Thing They Regret Overpaying For 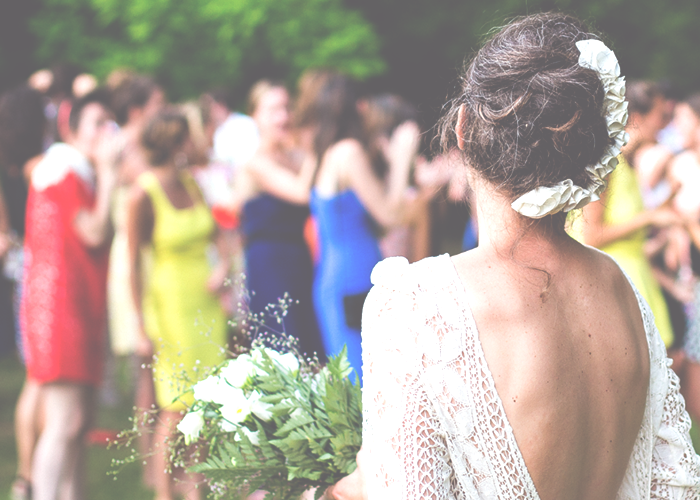 The weather is getting warmer, the sun is shining, it’s time for maxi dresses, and it’s wedding season. Whether you are planning a wedding or attending one (or two or three or four), there’s no doubt that weddings are an expensive affair. Even though there are so many options for DIY’ing, so many brides find that it becomes next to impossible to stay within your budget. There are always unexpected expenses, or sneaky costs that creep up at the last minute. It’s no secret that the wedding industry loves to drain our wallets dry. I spoke with 10 former brides about their wedding planning and asked them to tell me about the one thing they really regret overpaying for. Here’s what they had to say:

1. “We paid a lot for our photo and video package, and while we don’t regret spending the money on those items, the quality of the product didn’t match the price point. For what we paid, we had higher expectations for what we would receive.” — Kate

2. “Transportation. I was probably way too nice of a bride, because I arranged for shuttles for nearly all of our guests, from our hotel to our venue and back. The rental fees for the shuttles were outrageous, and it was such a source of stress. I ended up feeling like a travel agent instead of a bride.” — Grace

3. “I needed to get one of my front teeth crowned because I broke it when I was a kid, because I wanted it to look better in pictures. I let my fiancé and the dentist talk me into getting a cap on the other front tooth that had nothing wrong with it. The dentist said because I needed one crowned, they would never look totally symmetrical unless I got the other one capped as well. I definitely wish I hadn’t done that. It just feels weird now, like I have some alien thing in my mouth. Moral of the story: you look fine the way you are. Doing something just for pictures is kind of silly.” — Meredith

4. “I was tricked into way too many costly alterations for my wedding dress. I bought my dress at one of those big-name bridal stores that offers alterations in-house. When I went to my first consultation, I was talked into buying my dress two-sizes bigger than I actually am. It made sense at the time; they told me that the dresses run small, and it’s always easier to take a dress in than to let it out. But my weight didn’t change throughout the process, and I needed so many alterations because the dress was absolutely huge. I now suspect that they tell brides this, just so we would pay more money for alterations down the line.” — Patrice

5. “Flowers! A word of advice: make your own centerpieces.” — Leah

7. “The main thing we overpaid for were the chairs at our ceremony! $800….for rental chairs….for 30 minutes. Still the dumbest decision ever. Ugh.” — Michelle

8. “I blame Pinterest for the fact that I had ridiculously expensive favors at my wedding. Seriously, one browse through Pinterest and you feel like you need a zillion mason jars, or else you aren’t a cool bride. I spent so much money on Etsy treats, trying to get that cute-n-kitschy vibe as perfect as possible.” — Lara

9. “My wife and I both got eyelash extensions for our wedding. She talked me into it. She said that her photographer friend recommended it, because it would make our eyes pop in photos. Not only did we spend a total of almost $750 on both of our extensions and upkeep, the process was insane. I’m not sure why anyone would voluntarily lie down with your eyes taped shut for two hours. How do those Kardashians do it?” — Rebecca

10. “I hate to say it…and my friends would probably yell at me…but the photo booth. I felt pressured to have a photo booth at my wedding, because it seemed like ‘the thing’ to do. All of my friends had photo booths at their weddings, and you always see people Instagramming their strips of photos with those customized wedding hashtags. I guess it’s another case of social media causing us to spend money, right?” — Danielle