10 Career Strategies I Only Learned From Being My Own Boss 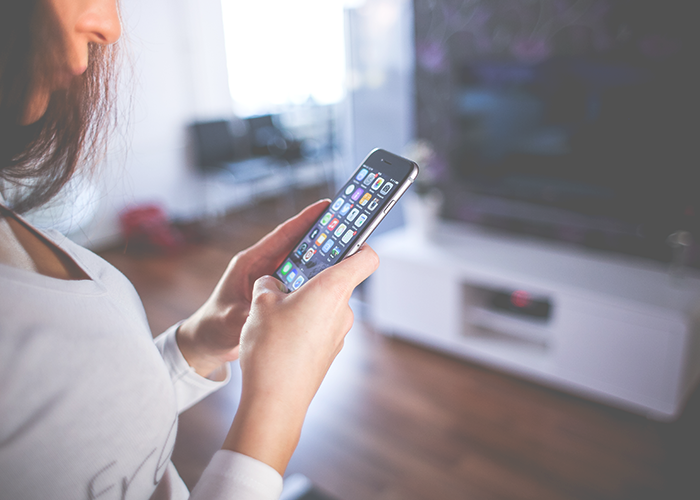 What was your first grown-up job? The one where you thought: “Yes, this is the beginning of my career.” In the summer of 2006, I worked as a Jr. Communications Officer at an organization that was known as the Public Affairs Bureau for the Province of BC. There, I wrote media releases, briefing documents, and speeches for MLAs and a Cabinet Minister. And I was mentored by two smart, talented, and driven women: one was a single mother, the other was married to a highly-respected health officer. At the age of 21, I thought I had found my career; this was the place I wanted to be, and the ladder I wanted to climb.

At no time in the nine years that followed did I ever think I would transition to full-time freelance work, and eventually work for myself. After graduating from college in 2007, I had a five-year career in the government, followed by three years at a startup. I had always assumed I would stay at one company for a long time, like my parents did, or, if I worked at a few different companies, I would work for five to 10 years at each one. Working for myself wasn’t the goal –- until it became an option.

It’s hard to believe it’s already been a full year that I’ve been out on my own. On June 26th, 2015, I finished all my work, reached inbox zero, and logged out of the 9-to-5 world. At the time, I was equal parts excited and scared. I knew I had enough freelance work lined up that I would survive through to the end of 2015, but I had no idea what would happen after that.

As you can see, I’ve obviously made it to mid-2016 with my freelance career and self-employment, and it’s been one of the most rewarding years of my life. I’ve grown personally and professionally, thanks to many life lessons I’ve learned along the way. Here are some of the big ones:

1. You need to get comfortable with irregular income.

Aside from having to get comfortable with working at home (which I’d already been doing for two years) and trying to stay motivated (same answer), without a doubt the biggest difference between working for a company and working for yourself is that you earn irregular income when you’re on your own. Sometimes, that means not earning much one month, but earning double or triple the next month. Sometimes, it also means not being able to save money one month, but being able to save a lot of money the next. I don’t always love that, but I take comfort in remembering that it will all even out by the end of the year.

2. A (huge) cash buffer will help you sleep at night.

There will be weeks when your accounts look low and you want to pay off your credit card in full, but you’re waiting on thousands of dollars to come in. A cash buffer or emergency savings account (or whatever you want to call it) will alleviate your financial stress. Don’t touch it unless you absolutely have to. Just keep it there, so you know you’re always covered.

3. Always save more than you need for tax season

You’ll read (in small business and self-employment literature) that you should save 25-30% of your income for tax season, and you should. You probably won’t need all of it, but you should still save it. I saved 30% of my self-employed income last year and only ended up needing to pay about half of it (thanks to my retirement contributions, businesses expenses, and the accountant I hired to deal with all the numbers). Even though I know I won’t need it all, I’m saving 30% again this year because it alleviates my financial stress. And it means I’ll get a nice “bonus” (of money I didn’t need to pay the CRA) each spring. So: Save, save, save. Future You will thank you!

4. Only say yes yo the work you actually want to do.

A common mistake you’ll make in your first few months (or even years) of freelancing and working for yourself is saying yes to every opportunity that comes your way. You think you’re crazy to say no to money and even worry that if you start turning work down, it’ll all disappear and no one will ever want to hire you again. Unfortunately, this can result in saying yes to projects that you don’t want to work on, which always leads to someone being unhappy. Either you resent the client for making you work on it, or your client resents you for not doing a good enough job. And it all could’ve been solved by simply saying no.

The easiest way to determine whether you should say Yay or Nay to a new project is to first define what kind of work you want to do. Are you a writer who likes writing long blog posts, but hates doing interviews? Don’t accept feature story assignments! Are you a designer who prefers to work on big branding projects instead of small, one-off projects? Market yourself as a branding expert! Write down the types of work you like to do and offer only that list of services to potential clients. If it’s not on the list, say no. (Carrie and I talk about this more in our June 28 episode of Budgets and Cents!)

5. If you feel like you’re getting underpaid, you will hate the work.

Determining your rates is often a point of frustration for freelancers –- and it comes up every time you sign on with a new client. You worry that if you charge too much, you won’t get the job, and if you charge too little, you’ve undersold yourself and are missing out on extra money. I’ve learned that if I feel like I’m not getting paid enough, I won’t enjoy the work; this translates into procrastinating until I’m dragging my fingers across the keyboard to get it done. If you charge what you’re worth, you’ll feel good about doing it! (And if a client won’t pay you what you’re worth, it’s better to say: No thank you.)

6. Pay other people (what they are worth!) to help you.

One of the things I’ve enjoyed most about working for myself has been hiring other freelancers to help me with the non-editorial aspects of my projects –- and paying them what they are worth, too! I’m not rolling in millions over here, by any means, so I’m not exactly throwing money around. But I’ve learned that, even though I could probably do some of this outsourced work myself, my time is better spent writing. And to that end, it’s cheaper for me to pay an expert than to waste my time trying to do some things myself. (Note: I also like to pay the same day I receive an invoice, because I know how satisfying it is to be on the other end of that.)

Seriously, just do it. Paying for an accountant to handle my taxes and other business finance is literally the best money I’ve spent all year.

8. You’re in control of your schedule — so control it!

When you work from home, it’s easy to slip into a pattern of working all day, every day –- not just because you want to make money, but because you genuinely enjoy the work. Unfortunately (or fortunately?), no matter how much you love it, it’s not healthy to work during all your waking hours. You need to take breaks, take days off, and take vacations. And you’re in full control of your schedule, so you have the power to create a routine you love. For example, I usually take Tuesday off to go hiking, as well as Friday afternoon and most of Saturday. (I also take a few hours off most weekday afternoons!)

The key with this is to take your schedule seriously. If someone asks if you can finish an assignment while you’re on vacation, either get it done before you leave, or say no and tell them when you’ll be back. The same thing goes for regular days off. You need them. Your body needs them. And trust me, your client needs you to take them. I’m a firm believer in not only managing your time, but managing your energy. If you don’t take care of yourself, I can guarantee that your energy will be low, and you won’t be very productive. Eat well, take breaks, go for walks, and get some exercise. It’s that simple.

9. “Your mornings will never be the same.”

That’s what David said to me when I told him I quit my job. One year later, it’s still the best statement I can use to describe what it feels like to work for myself, and it’s what I now say to everyone I know who quits his or her job: “Your mornings will never be the same.” You won’t dread the sound of your alarm clock (likely because you’ll stop using one). You won’t rush around to get ready (because, at most, you’ll get dressed and brush your teeth). And you won’t hate the thought of going to work (both because you don’t have to commute and because you love what you do). Mornings are my favorite time of day now.

There is not a day that goes by where I’m not grateful to be in the position I’m in right now –- grateful for the opportunity, for all the clients who have trusted me, and for my family and friends who have supported me. When I quit 12 months ago, I told myself that even if I had to get a job after six months, I would never regret taking the chance to work for myself. And every month that goes by, I think, “Wow, I’m still doing this!” It seriously feels like a dream. But, like any dream, I have no idea how long it will last. Maybe I’ll survive another year. Maybe two. Maybe five. Or maybe I’ll get a job again. Who knows!

What I do know is that I’m going to enjoy this self-employment journey for all it’s worth, for as long as I can stay on this path. It has come with freedoms I never knew existed and opened more doors than I could’ve imagined. I’ll share more details about that in another post, later this week. Until then, I think Carrie would ban me from our podcast if I didn’t celebrate this milestone… 🙂

How do you celebrate* your successes, friends?