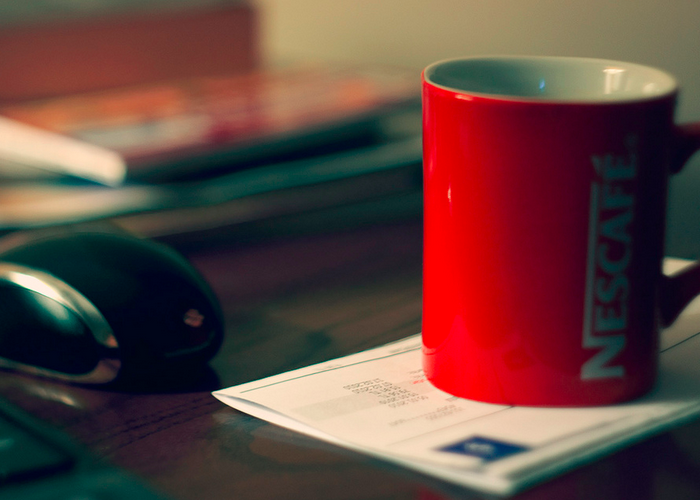 When it comes to the finances, few things define the experience of 20-somethings like student debt. Many of us live with it in some form or another, and for those of us who are strapped with high-five and even six-figure sums, it can seem like a mountain that’s impossible to climb. Many people, at the dawn of their careers, decide that hundreds of dollars a month (which barely chip away at interest) and never living other financial dreams such as home ownership, is simply their reality.

But the truth is, there are many alternatives to the traditional route of budget-crushing monthly repayments which last pretty much indefinitely. We’re going to be exploring some of those alternatives here, starting with the Public Service Loan Forgiveness program. Many of us may have been curious about this program in passing, but may have assumed that we couldn’t qualify. To debunk some myths and see how it really works in practice, we spoke to Allie, a 20-something working for her local government who is nearly a year into the program, and has never looked back.

I hold a Bachelor’s and a Master’s in social work.

2. What is your current debt?

I do pay now, about $111 a month. Which if you’ve heard from anyone with student loan debt, that is ridiculously low.

4. What are you doing in the PSLF program?

I had heard about student loan forgiveness but I had always thought it was a gimmick. Generally, “I would never qualify and be able to get some of this debt forgiven” was the idea that I had about any student loan forgiveness programs. I thought of that phrase — forgiveness — like the ads on Facebook that you try not to click on because you know it’s fake. Turns out, it’s real. And now I work for my local state government, in the program.

5. Could you give us a brief breakdown of the timeline?

I started paying after my six-month grace period ended, in part because I was lucky enough to land a “real” job that used my degree a month after I graduated. After a few tense months, I figured out how to apply for the program and got all the paperwork filled out and signed, and started making qualifying payments before my 24th birthday.

Basically, I have to make 120 payments in the program before the rest of my loans are forgiven, which is 10 years [at $111/month, or a little over $13,000 in total]. I have to resubmit proof of income every year since it’s based on my income, but that is a huge deal for me. I would have ended up paying a much larger monthly payment for over 25 years if I had not done PSLF.

6. Did you have any other plans to repay debt before finding PSLF?

I was kind of just closing my eyes and hesitantly going about things before. I was paying about $340 a month before I enrolled and figured everything out. I was hoping to pay a little extra a month and gradually get my debt down, and I was also trying not to have a panic attack about paying something for the next 25 years of my life. I was really freaking out about my loans before I enrolled in PSLF, and now I really feel like they are manageable.

7. Are you enjoying the program?

Surprisingly, it is pain-free as it can be. The paperwork was a hassle a first, but now I just pay my $111, which is totally doable, and I can get on with my life (while living normally month-to-month).

8. Would you recommend it to others, and if so, would there be any caveats?

I would, especially if you have a large amount of debt. The process can seem daunting, and it kind of is — there are a good amount of qualifications one has to meet to move on to the next step in the program. First, you have to apply to consolidate your loans, then you have to apply for an income-based repayment plan and submit your proof of income, and then you have to fill out a form about your employer making sure they are an institution that qualifies for the program. It can be tedious, and I am essentially best friends with the people in the records department now. But just like anyone else, the people doing these things are trying to do their best job, and after about two months, I had everything sorted out after a few bumps in the road.

9. Do you plan on continuing your education at any point?

I always entertain the idea of going back for my PhD, or going back to get another Master’s degree in something. But, to be honest, I would never do that as long as I have this debt — maybe after I have everything paid off and I could save for tuition or make better financial choices about my education. Wanting to be excited about what you do for a living is a priority for me, and until that stops happening with what I’m doing now I don’t think I would go back.

10. Are there any misconceptions about PSLF you’d like to clear up?

I think maybe that people automatically assume they don’t qualify for it. I thought that, and lo and behold, it saved me tens of thousands of dollars and 15+ years of loan payments. I would say to look into it, and even if you think your job doesn’t qualify, you never know. I thought my job didn’t, and it does! This program is saving me money and, ultimately, mental health costs. It’s allowing me to live well.

Allie T. is based in Louisville, KY. she is on Twitter.