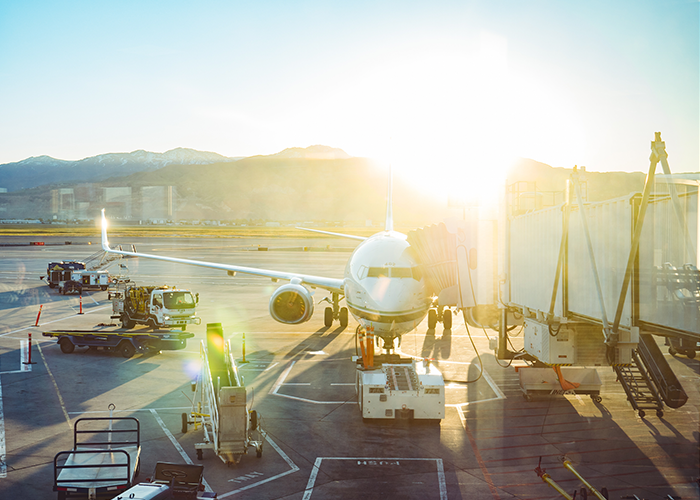 In my just-under-a-year working for TFD, one of my favorite things has been getting to hear many different perspectives from many different people. I’ve had the privilege of sifting through written submissions from people of all walks of life, and talking personally (in person or over the internet) with so many people I’d probably never meet otherwise. I find that there are still so many honest money conversations to be had, and I feel lucky and proud to work for a website that facilitates so many.

Through these conversations, I love that we are able to peel back the curtain a bit on various jobs and lifestyles. And recently, thanks to the TFD grapevine, I got to speak with a lovely flight attendant (and TFD reader!) about her life and career.

I’ve certainly had my own preconceived notions about what it takes to be a flight attendant, and why someone would take that up as a career, as well as a lot of curiosities. Just how good are those airline perks, anyway? Needless to say, I had a lot of questions, and she was kind enough to answer them for me. (And, of course, in the interest of her privacy, we’re keeping her and her airline anonymous.) Here’s what she had to say.

1. Tell me a little about your work background. What made you decide to become a flight attendant?

I graduated two years ago from a private, Christian, liberal arts university in Nashville, Tennessee. During my senior year, I started working at a floral design studio down the street from where I lived. Upon graduation, they offered me a full-time job. I took it, having no idea what was next for me with a degree in Social Entrepreneurship.

At some point, my best friend from high school, who had started flight attendant training two days after graduation from college, visited with me on a layover she had in Nashville. I decided that her job was something I was interested in, and she was kind enough to send me a referral the next time applications were open.

Throughout the research and application process, I discovered that this was actually a very competitive job to get. Out of 124,000 applicants that year, I was one of 1,200 hired at my airline. After a group interview that lasted more than four hours, I was taken into a room with 11 other people. They offered us jobs then and there, and I knew I had to take the opportunity.

2. What’s your favorite thing about your job? Least favorite?

My favorite part of the job is the obvious thing: I get to travel for a living. I’ve seen more cities than I ever dreamed I’d be able to, and been pleasantly surprised by a lot of them. The travel benefits are truly what make me keep the job; I ride planes like they’re buses.

With more time with my airline, I’ll be able to hold exactly the schedule I want. And when I’m not on a plane, my time is my own.  A lot of flight attendants have other jobs on the side — passion projects, real estate licenses, you name it.

By paradox, my least favorite part is being gone all the time. It can be really difficult to maintain relationships or start any. It’s hard to maintain a healthy diet, sleep well, or consistently exercise. It’s really taxing on your body to fly that frequently. I never thought I’d be the type of flight attendant that stays in her hotel room for a whole layover, or who spends all her days off at home (and not going somewhere new). But I truly love the life I’ve built at home, and hate missing out on it so frequently.

And with 22,000 flight attendants at my airline, I rarely run into the same people. In the past year, I’ve flown with only a couple people more than one time. It is really difficult to find any form of consistency or routine.

3. How does your schedule typically work? Does your work week always look the same, or is it always changing?

My schedule is different for every trip, every month. My airline will post what all the rotations are, and they’re typically between one and three days long. We can see them about a month in advance. All the flight attendants will bid for their preferred schedules (ex. avoid certain planes, report after 8 AM, layovers in particular cities, avoid trips on weekends) and then the computer distributes the rotations in seniority order. Since I’m pretty new to the company and my seniority number is in the 22,000s, I pretty much never get the schedule I hope for. I usually work between 15-18 days a month, and for six of them I’m on-call.

4. How much can a person expect to earn over a career as a flight attendant?

At my airline, we’re paid hourly and get a raise every year with a cap at 12 years. At that point, you can pretty much hold exactly the schedule you want. There’s no limit to how much you can work within legal limits, but you have to fly a certain amount yearly to maintain your benefits. This averages to about 45 hours a month at my airline, which can be knocked out in about 7 days of flying depending on your rotations. The first four years you’re making somewhere between $28 and $40 /hour, and the 12 year cap is over $60/hour.

No flight attendant I know of is working more than they absolutely have to. We’re all trying to get the most amount of hours in the smallest amount of days to be home and to use our hard-earned travel benefits to go to exciting places.

I’m comfortable working 90-110 hours a month. I think that’s a normal full-time schedule for flight attendants. I can work that and be completely exhausted, and put a little away for savings.

I should mention that these are hours on the plane with the boarding door closed. I try not to work any three-day trips that are worth less than 18 hours.

I fly anywhere domestically for free on standby, and it doesn’t have to be on my airline. Southwest flight attendants catch rides on Delta, Delta on United, etc. You risk not getting on the flight you want, because you only get a seat if one happens to be open, so you have to be flexible and have backup plans. On international flights with my airline, I only have to pay the tax on the return flight…so that prices varies depending on the country, but I’ve never paid more than $120. If you work in the industry, there are special discounts on tickets at other airlines, car rentals, and hotels.

6. What’s the most annoying thing passengers do on flights?

Flying doesn’t usually bring out the best in people, unfortunately. I think the biggest issue is that customers don’t recognize why I’m actually on the flight working. My job is not bringing you blankets and passing out drinks. I’m a safety professional, ensuring the security of the cabin, prepared for any type of emergency like medical care, violent outbursts, fires, and emergency landings.

Hands down my least favorite thing is being poked when I’m walking down the aisle. Others include having trash shaken at me, elbows and knees sticking out in the aisle so I have to twist and turn to walk down it, going to the bathroom during the boarding process (which you could do in the terminal instead of hovering around the gate), not taking out earbuds to talk to me when I’m offering you a drink, assuming I know when the next flight to ______ is, or getting angry with me about flight delays and short connections.

I don’t have anything to do with your layovers, reservations, or seat assignments. These are all things to take up with your gate agent before or after the flight. My job is your safety on the flight, and my duties end as soon as all passengers are off the plane.

7. Have you ever had to deal with a violent/belligerent passenger? How have you been trained to handle these situations?

So far, I have only encountered one passenger so belligerent that we needed to remove them before pushing back from the gate. I communicated with my crew, the captain, and the gate agent before approaching the passenger and asking them to bring their items to the front of the plane. I knew we had handled it well when, after take-off, other passengers asked what happened and what was wrong.

8. What’s something that a lot of people don’t know about flying, but should?

You need at least an hour between your connecting flight. I can’t ask an entire plane to let you off first because your next one is already boarding. (Chances are, everyone else is connecting, too.) You’re taking a risk by flying in a metal tube across the sky to your destination, so make sure you give yourself plenty of time in case circumstances come up that delay your flight. The airline is always going to prioritize your safety before getting you in at a certain time.

9. Do people often have misconceptions about your job? If so, what are they?

People often associate my job with the destinations. It’s not that glamorous anymore — the golden days of travel are over, and that’s reflected in the work of the crews. We spend most of our time on a trip in the airport waiting around, or waiting for the Diet Coke fizz to go down on a flight.

There’s actually a lot more I could say, but I feel like my answers are already pretty wordy! This process made me realize that I’m a lot more cynical and a lot less compassionate or patient with passengers than when I started the job. When I started, I was a bit starry-eyed about all the travel and opportunities that were ahead of me. Some of my close flight attendant friends love this lifestyle and the work, but for me it’s still just a job.