10 Manageable Money Goals I Want To Accomplish Before Turning 25 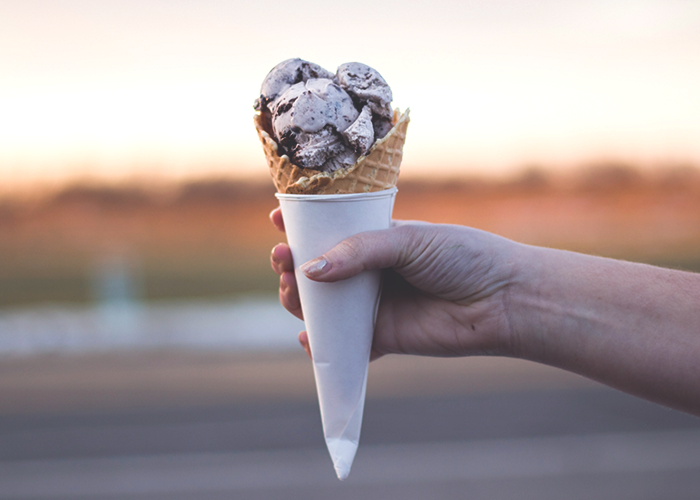 I really wish I had 25 money goals for before I turn 25, but much to my chagrin, life does not always fit into my ideal listicle format. Instead, I settled on 10 and decided to make them as realistic and personal as possible. I’m 24, and I have another seven months until I turn 25. (This means my half birthday is coming up in May, if anyone was curious.) I haven’t spent a lot of time harping on the fact that I’m going to be 25 in this calendar year, because I feel like I have my shit together (or at least appear to have my shit together) enough to be a quarter of a century old; I buy my own clothes; I remember my parents’ birthdays; I am very passionate about the work I do. Would it be cool to be where Mark Zuckerberg was financially when he was 25? Probably. But I’m at least mature enough to accept that I am very unlikely to become a million/billionaire in the next seven months.

I had some financial triumphs leading up to turning 24. I finished saving an emergency fund a couple months after my birthday, which I was extremely happy about. In fact, one of the reasons ‘growing my savings’ isn’t on this list is because that was my biggest goal of last year, and I now want to start saving for specific things, experiences, milestones, etc. I also side hustled a lot leading up to my 24th birthday, which really helped put me in a better place financially. And now, here I am, with seven months left to accomplish the following 10 goals:

1. Contribute at least another $2,000 to my IRA this year. The maximum amount I can put in my IRA every year is $5,500, and there are many schools of thought that say you should contribute the maximum, especially when you’re young. It’s not that I disagree with that idea, but unfortunately, that isn’t quite realistic for me this year. Nonetheless, I have already made one very substantial contribution this year, and I plan to make another before my birthday, so I am still very much taking advantage of my IRA benefits. (If I had direct deposit and an income that did not change on a monthly basis, I would do direct transfers into my IRA, but because my income fluctuates, I transfer money in larger sums when I can.)

2. Pay for my first adult vacation. I haven’t taken a vacation outside the country since the year I graduated from college. I had financial help while I was in school and was able to travel then with my family, which are experiences I appreciate immensely. Since then, I’ve explored inside the U.S., which has been a great way to see new things while sticking to my budget, and travel a bit with family or with my boyfriend. But I’m hoping to take a vacation (one that lasts more than two days) with my boyfriend this summer. I feel confident that I can cover the costs (we aren’t going far, and we’ll be traveling to a warm climate in the off-season), but it’s also a matter of finding time, coordinating our schedules, and actually booking it.

3. Save for a bigger trip in 2017. I’m definitely going to stay on this continent for all of 2016, but I don’t want that to be the case in 2017. For a while, my good friend and I talked about doing an extended trip to a small town in Europe, because we could both work remotely, and cost-of-living cheaper than in our respective cities. We both decided it would be best to put that idea on hold, but I want international travel to be a priority in 2017, whether it’s going back to Europe, or going to see family in India, because I haven’t been back in six years now. To make that a reality, I need to start saving before 2016.

4. Manage my finances as one person in a couple, as opposed to as a single ~~lady. I’m not trying to merge finances with anyone anytime soon, but my boyfriend and I will likely move in together before my 25th birthday (date pending), and that will definitely be a financial adjustment. (By the time my birthday rolls around, we’ll have been dating close to three years.) I have always been an advocate of living with close friends and roommates for a while, but I also feel strongly that I’m ready to live with my boyfriend, at this point. (I will be really sad to give my living situation up, but it’s more than likely that I won’t move farther than two blocks from my current roommate.) Learning to pay bills as a couple, budget for food together, and help motivate each other to maintain good spending/savings habits is something we have started to do, but it will still definitely be something I need to learn and grow into even more.

5. Track all of my write offs and expenses for 2016 AS THEY ARE HAPPENING, as opposed to three weeks before taxes are due. And keep my money for taxes in a separate account, instead of as one part of an already-existing account. As you can probably guess, I wasn’t quite as on top of this as I should’ve been this year.

6. Continue increasing my rates and proving my value to any company I do work for. This is an ongoing goal of mine, because even when I have successes, it feels like this goal is never quite complete; there’s always more people I could work with, more work I could do, and more money to be made. I brought my “minimum rate” up last year, and want to maintain that and eventually increase it as my portfolio, expertise, and skill sets continue to grow.

7. Get an airline/travel credit card. Seeing as I talk about this about once a week, I really need to pull the trigger. I think there is a little part of me that likes having one credit card and is scared to get another one. There is some security that comes with knowing I have a manageable APR and know exactly what bills go on my card each month, and how much my balance usually is at the end of a billing cycle. Part of me is scared to tamper with that, and the other part of me hates myself for not taking advantage of credit card rewards.

8. Try to incorporate the “say yes first” rule into my life more. A while ago, Chelsea wrote a piece about how to say “yes” to something, and then figure out how to make it happen financially. The idea, as I understand it, is that saying “yes” motivates you to make it happen. As much as I hate to just come right out and say it, I am a “say no first” person (financially), and it can be frustrating. When I don’t know how I can swing something financially, my gut instantly says “no,” instead of saying, “you can work this out.” That’s a mindset I’ve been working on changing for a while, and I want to make big progress on it in the next few months.

9. Plan ahead for bills and for gifts. I have not been good at planning ahead for gifts this year. In an ideal world, I would have budgeted for every baby shower gift, wedding gift, and birthday present, and I would have purchased it at least a week or so before I wanted to give it to the person. Right now, I’m in a terrible cycle of buying people belated gifts (for major life moments, holidays, weddings, and birthdays), and I wish I were more on top of it, and set money aside for gift-giving. On the flip side, I’ve actually been really good at covering bills ahead of time. I pay some heftier bills in lump sums, and it always makes me feel great that I can handle those payments up-front, because then I don’t have to worry about them for six to 12 months. I just need to continue to be diligent about putting money away to make sure I don’t slip at all.

10. Become a more independent financial decision-maker. In general, decision-making skills are difficult to hone, especially in your first few post-grad years. I’m good at making a decision and can be very discerning, but then I start to doubt myself. I ask for approval and other people’s opinions on most decisions, and that’s especially true of financial ones. I know I don’t need anyone to sign off on my money choices, but I still seek help and validation for my big choices. I want to grow into a place where I can make a decision, and not feel the need to follow up with anyone about it.