10 People Confess Their Weirdest And Most Damaging Money Habits 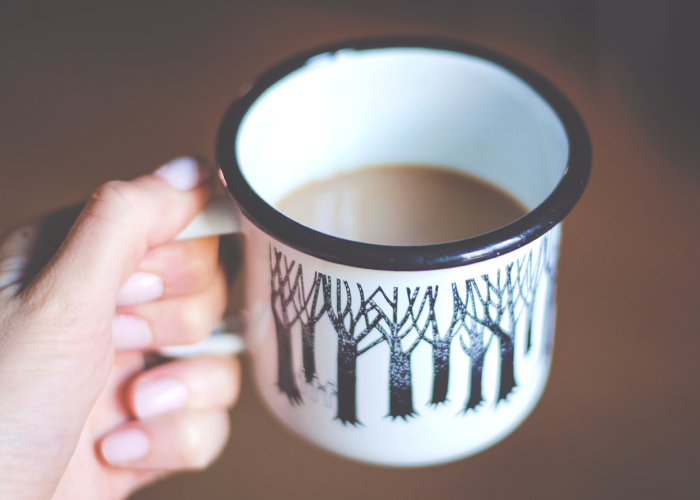 When it comes to money, I do a lot of questionable things (like, for example, hoarding overdue library books for years and racking up overdue fines, or freaking out over the price of a few cans of beans and vegetables in the grocery store even though I’ll spend money on brunch like it is an actual necessity), but I don’t do anything totally weird.

However, I’ve always found myself fascinated by watching the way people in my life use their money – how they make it, how they save it, what they do with it, and how they spend it. I’ve watched a past man-friend complain on the freaking daily about how ~totally poor~ he was and live off of nothing but canned vegetables while secretly hoarding ten thousand dollars in a savings account that he liked to pretend didn’t exist. I’ve watched my best friend hide hundreds of dollars in various mason jars only lose them under her bed for months at a time, then act like it is Christmas morning when she rediscovers them. It all makes me wonder how — and why — people handle their money in such different (and sometimes downright bizarre) ways.

I decided to ask around to see what everyone else’s weird money habits were, and find out what ways their quirkiness may have cost them. I promised my squad of responders that I’d give them an anonymous space to cleanse themselves of their weirdest money sins, although most of these habits are more silly than dangerous. Here’s what everyone had to confess.

2. “I always round my tips to a whole dollar amount so it looks good on my statement. Not that weird, but I do get kind of upset if I don’t do it.” — Will

3. “I refuse to set up direct deposit. I like to get handed my paycheck, and then I take it home and hide it in a desk drawer until basically the last day it is still good to be deposited. Hoarding my paychecks and not putting them into my account right away is one of the only effective ways I’ve found to prevent myself from spending it all. I make sure I keep the bare-minimum I need in my account, but other than that, I just kind of hide them. I should be putting them into some retirement account or something but I haven’t gotten around to it yet.” — Jesse

4. “Spending like $50+ at the mall on clothes makes me feel like I got a great deal and spent hardly anything, but when it comes to like, a $3 tube of toothpaste, I get sweaty and anxious and need to shop around for the cheapest one. I hate buying toiletries in general. Why is deodorant $6? So, it does get bad sometimes, because I totally blow off buying things I need (like soap and stuff) in favor of buying fun things. I’ve used tissues as toilet paper for like weeks at a time because I had plenty of tissues left but ran out of toilet paper and was too cheap to buy some more.” — Jack

5. “I still won’t keep my money in the bank. I know that’s pretty bad. I know. But I just don’t feel good about it, not now. I carry large amounts of cash on me and keep a lot in various lockboxes in my home. I know it isn’t a great idea, but I don’t really know if I feel like my money is safe anywhere.” — Matt

6. “I feel like my university is unworthy of my hard earned money, so I wait until the last possible minute to pay my bill. Just so they can sweat it out a little. I know it’s probably not a good idea, but it just makes me stressed to know that I’ll be paying them back for so many years from now. Why can’t I have a little fun? But I have come close to missing the due date of the payments. That would be terrible.” — Catherine

7. “I won’t carry cash or change because it disgusts me to touch it. That is so nasty I can’t do it. I buy everything with a credit or debit card. I can’t enjoy cash-only places but I don’t care because I feel good knowing I didn’t touch a diseased dollar that was like, in someone’s sweaty hand or shoved in a woman’s G-string or something.” — Lily

8. “I’m one of those people who will go buy a book or two or a video game that I want and miss out on a few meals to compensate for the money I spent. I have to make due since I work part time, and am on partial unemployment. The money for fun things has to come from somewhere, so it comes from food.” — Andrew

9. “I have a side hustle job where I get paid in cash only, and when I have cash I always feel like it should be kind of tossed aside, like change in a piggy bank. I don’t think of it as real money if it isn’t put in my account (like from my main job) via direct deposit. It is weird because I just toss it in this little change jar that I started to collect spare coins I had lying around. I thought it’d be fun to save up coins and then go cash it in once the jar got full. But then I started throwing a few dollars here or there into the jar, and now it is stuffed with straight-up hundred dollar bills. If it isn’t direct deposited into the bank I get too lazy to go to the bank. It all just lives in that jar. And I refuse to spend it, so it is kind of a good little emergency savings, but it is also just kind of a waste because it is money that I earned and it is doing nothing because I’m too weird to do something with it.” — Alyssa

10. “I anonymously donate to crowdfunding things of people I don’t like. It is fucked up, but I donated over $100 to my ex-boyfriend’s gofundme page for some movie he’s making. Obviously he’s not going to make a movie. He’s stupid. But like, I donated a lot. And I do this to tons of people I hate. That’s how I get my revenge, I guess, by helping people I don’t like financially fund their weird creative dreams.” — Emma