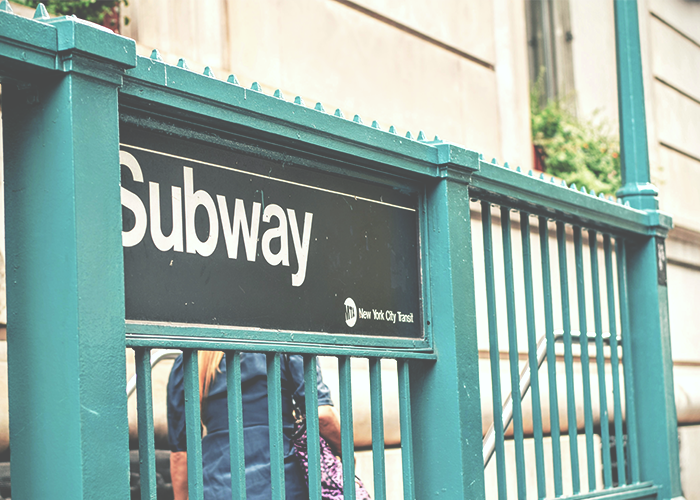 My very first job out of college, after I moved to New York, was being a floater for a property management company. I got the job through a temp agency just a week or so after I started looking, but of course, it was anything but temporary; if I hadn’t left to start a job in marketing after about 10 months, I may still be working there. I would spend most of my day showing apartments to people with a whole lot more money than me and helping them with their lease applications. I started off working mainly in one luxury high rise in Long Island City, Queens, and eventually ended up splitting my time all over the place, in another high rise in the Financial District, a beautiful refurbished building in the West Village, a luxury building in Hell’s Kitchen — never once ending up in a building or neighborhood I could actually afford living in.

Sometimes, I miss working there. I liked the people I worked with, for the most part, likely because we were all in similar situations, and would collectively scoff at the sometimes-absurd showcases of financial privilege that would come through the door. It was also occasionally a weird and somewhat depressing situation; I never worked in food service, but I can now (sort of) imagine what it must feel like to work in an upscale restaurant, catering to the rich and successful while you’re just trying to make ends meet. On a more positive note, I had a lot of downtime, mostly spent surreptitiously reading on my Kindle or applying to other jobs.

There were obviously negatives and positives to the job, but being around people with money — and being a part of the lease application process — taught me a lot of things I didn’t know before, both about what it means to be very economically privileged (especially in a city as expensive as New York), and how finding and renting an apartment in the city works in general. Most importantly, I learned that I never, ever wanted to work in real estate long-term, though I respected the hustle it takes to become a successful broker (especially here).

1. Having money will get you some things…

People were often approved for apartments on the spot — without everything you would generally need for a lease application — if they could pay the whole year up front. For example, one of the buildings I worked in had a lot of wealthy international tenants. Since many of them did not have a credit history in the U.S., they would pay for an entire year’s rent all at once to secure an apartment in the building. I’m sure there have been plenty of others who have also used their ability to pay all at once to their advantage, just to avoid the hassle of going through the application process, though I didn’t see them in my specific buildings.

2. …But it won’t help you get everything.

The penthouses in these luxury buildings were, obviously, quite expensive. But that didn’t mean anything the renters wanted to do in them would fly. There was a strict no-wall-building policy in place, and I saw more than one person complain about not receiving their safety deposit back after causing too much damage to a place. Also, if you didn’t have every document you needed for your leasing application — even if all you were missing was a letter from your last landlord — you simply wouldn’t be approved, no matter how much wealth you had. (Of course, this maybe was more of a function of my specific leasing company than the industry at large.)

3. Some men will always want to teach you something.

I don’t recall any experiences where I felt like I was actually in danger, but there were a few that were uncomfortable. It also felt like the vast majority of single tenants in these buildings were men. I once took a guy around one of my buildings who was trying to teach me about zen buddhism the entire time I was showing him apartments. He had started practicing it about three months prior, and seemed really excited about it, which was harmless. I did, however, take issue with him telling me that my choices were wrong — that wearing a bra would for sure give me breast cancer, and that I needed to start adhering to a raw diet, because cooked food is, apparently, dead food. And, of course, he told me all of this while carrying a Gucci bag.

4. The “real world” won’t always be sympathetic to your history.

I was sad to see a few people who seemed nice and deserving get turned down for apartments. One couple didn’t get approved because of their credit history, which was a less-than-perfect score due to the loans one of them had to take out for medical school.

5. It is possible to avoid NYC broker fees.

If you are looking for an apartment, it’ll take a lot longer to find the right one without going through a broker, and thus paying a high fee, but you can do some research yourself and try to avoid it. One thing you can do is approach buildings or property management companies directly instead of going through a broker; we had plenty of people come visit the buildings without a broker, and there wasn’t an extra “brokerage fee” paid to the leasing company.

6. Couple privilege is a real thing.

I’ve discussed this before, but working in the leasing offices was the first time I really understood how much society favors people in relationships. Couples had many more options available to them in these buildings — because they had two incomes instead of one, of course. Strangely (to me), I would often see couples settle for moving into studio apartments together, even though they could afford something larger in a less “swanky” part of town. It taught me that I really do not care about living in a supposedly-upscale neighborhood; I would rather have a few extra walls and the opportunity for some personal space, were I to ever move in with someone.

7. Some people will make a lot of sacrifices to appear better off than they are.

A lot of the apartments were “conversion optional,” meaning two people — sometimes even three — would share a one bedroom as roommates by converting it to a two bedroom via putting up a temporary wall in the living room. This often sectioned off the apartment so much that the living and dining area was negligible, if not completely erased. Plus, the buildings only allowed for walls with passageways, not doors, and the walls couldn’t go all the way to the ceiling, meaning basically no privacy. People did this to save money, of course, but they could have paid the same amount to live in an actual two bedroom in a different part of town.

8. Some work environments discourage you to work hard.

Company policy did not allow us to work overtime. It was also a very easy job to find replacements for, with a relatively high turnover, so our wages wouldn’t go up at all, no matter how long we worked there (though I heard you could start receiving benefits after a year). Plus, we wouldn’t receive any additional compensation or commission, so no matter how well we “sold” the apartments to potential residents, it didn’t affect us one way or another. I’ve always been good at being on time and doing my job to the best of my abilities, but working in this kind of environment — where climbing the ladder was essentially not an option — never caused me to view the job as anything beyond a temporary stopover.

9. A lot of people do not know what a cashier’s check is.

Yeah…I saw a lot of people show up to their lease-signing appointments and try and pay their first month’s rent and security deposit with a personal check. It never worked.

10. You have to ask for what’s owed you, because no one else cares.

Sometimes, the buildings would cover the broker’s fee, which meant the broker that brought about the deal on an apartment would have to invoice us for what was owed them. If they didn’t include all the information that we needed to fill the invoice, we would send them an email, but it would be up to them to follow up and make sure the invoice was filled. I remember a folder filled with incomplete invoices that would sit around for months without so much as a phone followup. I’m not a naturally pushy person — at least not in my professional life — so this taught me how important it is to make sure you get what’s owed to you.