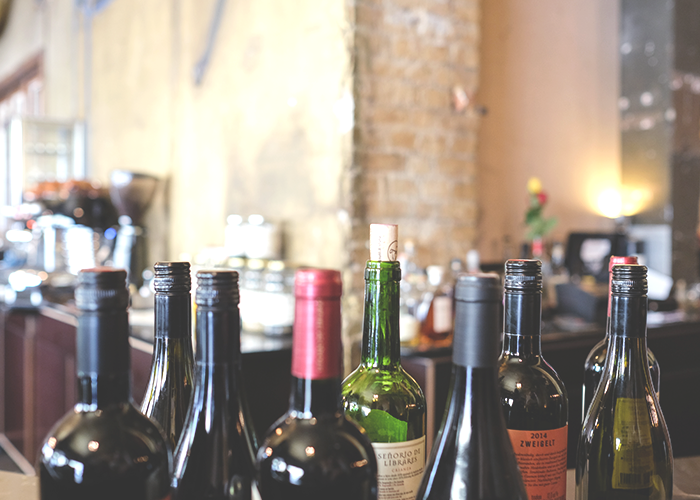 About a month ago, I took a good look at my overall spending for the year (via Mint) to figure out how much I’d spent on alcohol in 2016 up to that point. I found that, when I divided the total number for the year by the number of weeks that had passed so far in the year, I spend an average of $35 a week on alcohol. (Of course, Mint is not a perfect science — at least the way I use it, there’s no accounting for cash spending, splitting checks on Venmo, etc.)

Living in an expensive city like I do, where most people also don’t drive and therefore have the “excuse” to drink more, $35 a week seems pretty minimal. But I’ve been wondering, how much does the average American spend on alcohol? It’s interesting to me how people have different ideas of what constitutes “a lot” of drinking. Of course, I have to take into account the way I was raised. In my household, there was no taboo against drinking; I saw my mom drink a glass of red wine pretty much every night. And though, I rarely saw my parents have more than one drink at a time, except on special occasions or during family get-togethers, it was simply a thing adults did. Until I started thinking a lot more about my spending habits, I never would have considered partaking in Drynuary. (And for the record, I still wouldn’t. It is much too cold this time of year to forego red wine. Of course, drinking is a problem in this country — here are some important alcohol spending statistics.)

For instance, I’ve never considered myself to be a huge drinker. But when I say I have a couple of drinks probably three nights a week, some people might think that to be quite a lot, while others would just shrug, considering that to be pretty normal. I also have to take into account that my drinking habits fluctuate depending on other things going on in my life. For instance, I started dating my boyfriend almost a year ago, and much of the time we spent together was over drinks. Now that a lot of our time consists of nights spent in one of our respective apartments, we both consume less alcohol (which sometimes takes a concerted effort on both of our parts — we are both somewhat social enablers who love beer) and more television

, and spend less money. The average cost of alcohol per year is a particularly interesting to me, because it’s obviously not a “necessary” spending category, but at this point in my life, I know so few people who have cut it out of their lives.

Of course, I can’t be representative of every single person in my age bracket. So, I took to asking some peers — all of whom are in their 20s and 30s, and all of whose names I’ve changed — about theiraverage weekly spend on alcohol. Keep in mind almost all of these people live in urban areas, so it’s still not a completely accurate snapshot (though really, what is?), but I think their answers provide some interesting insight into how we approach this particular area of spending.

11 People Tell Us Their Money Spent On Alcohol Each Week

1. “I would say I spend between $50 and $100. It depends on how social I’m feeling that week. I feel like I go out more in the summer because it’s warmer, and easier to go to bars and stuff.” – Neil, Producer

2. “It’s easier to measure my alcohol spending in months, because about once every month or so, I do a buy on Wines Til Sold Out (the only place I buy wine, and the only place anyone should tbh), and I’ll usually do about 100 bucks for eight really good bottles. It’s cheap compared to what these bottles go for in the store, but still pretty pricey. Combine that with ‘going out’ spending and the errant liquor purchase (let’s say one $50-ish bottle per month, and I don’t drink beer), and you come out to an average of $75 a week. That’s a lot, but I also spend a ghastly amount on groceries/restaurants. Good food and good wine are where basically all of my spending money goes, and I have zero remorse. (Also I should add that the majority of our bottles go into dinner parties/cocktail parties, which we try to host in some version every week or so, so it’s not mostly us consuming this stuff, but I have never regretted a dollar spent on a good bottle to enjoy with good friends.)” – Danielle, Writer

3. “Probably like 20 bucks a week? Usually a bottle of wine throughout the whole week and maybe a mixed drink here or there.” – Brandy, Stenographer

5. “I’d say I spend anywheres from $40-$100 in an average week on alcohol, depending on if I go out or not. If I’m just drinking at home, it’s almost always beer. If I go out, it’s beer and cocktails. And that’s almost certainly less than it used to be when I would go out more. Then, I’d probably be spending about $200 a week on drinks.” – Patrick, Developer

6. “We have been staying in a lot more lately (getting old) which means buying more at one time and spreading it over the month. We have been typically buying between four and six bottles of wine to last us for the month (come out to be about $5-$15 a week) and then we go out maybe two to three times a month where we will both enjoy about $10-$25 on the alcohol portion, depending on the situation (dinner vs. friends in town). So maybe on average $35-$90 a week which is factored into our entertainment budget. But I have had months where some where the cost has been much more per week. I always try to look for big box wine discounts, and try to stock up that way.” – Rebecca, Marketing Lead

7. “I’d say maybe $200 per year, or $3.75 a week. I typically don’t go out unless I’m visiting my significant other or friends in metropolitan areas.” – Gerald, Grad Student

9. “Living in a big city, my weekends definitely vary along with my alcohol purchases, but I almost always spend more during the two weekend days on alcohol than I do during all five week days. Typically on a Friday, I split a handle or a few bottles of wine that my roommates and I will drink before we go out to a bar. Once at the bar, I’ll probably only buy one drink (which can be up to $12 generally). On Saturday, I normally go out to dinner where I’ll have a drink, and then maybe go out again, where I’ll buy one or two more drinks. Overall, I think it averages out to about $45.” – Hannah, PR Assistant

10. “I probably average $50 a week. I go out like twice a week, and I rarely drink at home. I think that’s been pretty consistent, because I don’t like drinking or going out all the time.” – Daniel, Barista