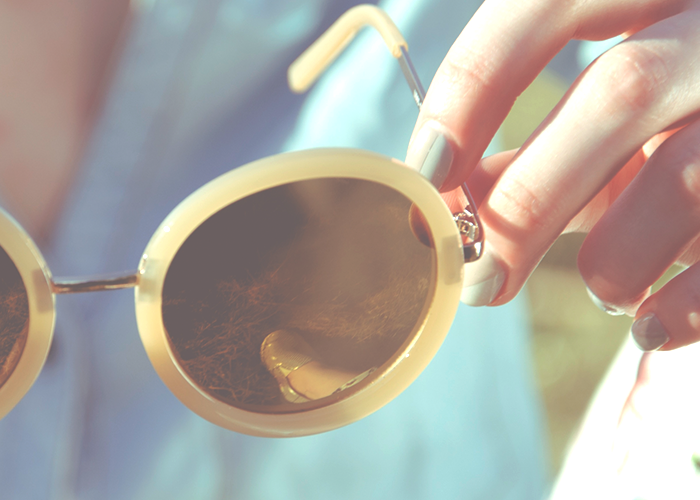 There are so many (maybe too many) different kinds of romantic splurges. There are the new relationship expenses that seem irresistible at the time, and then there are the ~~show them how much you care~~ splurges a few years into the relationship. And then there are $15K engagement rings and $35K weddings, which is a whole different ball game. Of course, not all romantic spending is bad. Nine months ago, my boyfriend and I were dying to go away and do something fun, so we planned a little road trip weekend up to Northern California, and it was absolutely worth the spontaneous expense. But there are also times when I’ve acted rashly because of a relationship, or a guy I was interested in, and spent a little too much, either on a new outfit, or a present, or something that seemed like a good idea at the time. The point is, if you have a relationship expense you regret, we’ve (probably) all been there, and we’re all working on our impulsive (emotion-based) spending together. Here’s what 11 women had to say about the most unnecessary thing they’ve ever spent money on in a relationship.

1. “When I first started dating my husband, I went shopping *all* the time for ‘cute date night’ outfits. It was like having a new boyfriend suddenly rendered everything in my closet completely un-wearable. I also convinced myself that I couldn’t wear the same cute outfit twice in a short period of time. Of course, most guys don’t even notice this stuff anyway, so it was completely a lost cause. But we dated for seven years and then got married, so maybe my weekly fashion show worked. I’ll pretend that’s the case, anyway.” — De

2. “When I was in college, I surprised a guy by calling the bar he was at with a group of 10-ish people and buying them all a round of drinks. He had a bad week and was blowing off steam, and I thought this would cheer him up. Not only was I not invited to this outing with his friends and all their girlfriends, but he actually got angry with me about it, and yelled at me the next day. Obviously, that relationship didn’t last very long, and looking back now, I could have spent that $100 treating myself

3. “LOL. I guess the most ridiculous expense was the Washington D.C. trip for a guy I was dating in college. Background: I was attending university in Georgia where I met this guy, and we started dating. That summer, I scored a paid research internship in Washington D.C. So, we were trying to do the LDR thing for the summer, and he wanted to come see me for a weekend. (Side note: this guy was perpetually broke, because he had no concept of how to manage his money.) He managed to get a free ticket from a family member who worked for an airline, so thank the heavens I didn’t have to shell out for that too. However, he wanted to have HIS dream vacation in Washington D.C. on MY dime. He wanted to go to all the museums, aquariums, and other attractions, and eat out for every meal (including alcohol with EVERY DINNER, OF COURSE)! His grandmother gave him $100 as a graduation gift to take with him. Did a single dime of that get used to help me with his expenses? NOPE! It was used for all the souvenirs he wanted, and then when he ran out of that money, I was expected to buy the remaining souvenirs he wanted. There were a lot of manipulative things said anytime I tried to refuse an expense, because he was a financially abusive SOB. So, yeah, this totaled up to an $800 expense for me for a guy I dumped a few months later.” — Melonie

4. “My girlfriend and I wanted to celebrate our anniversary with a big trip last year. Here’s the problem: she was out of a job, and while I was making decent money, I wasn’t making enough to support both of us AND buy us a four-day trip to Hawaii. When you’re in a long-term relationship, there is so much temptation to make little things special, just to show the other person that you’re still so invested in them, and to keep that ~~spark alive. But I didn’t need to shell out $2,000 that we couldn’t really spare to show her how much I care.” — Allie

that I think will really impress my date when we get, ya know, pHySicaL. It looks amazing for one night, and then I either ruin it in the wash, or decide it’s super uncomfortable and never wear it again. It has always ended up being so much money, and I don’t think it’s worth it, because chic lingerie is hardly an investment if you only wear it once.” — Jolene

6. “I was going to a lavish Indian wedding with my ex and neither of us were familiar with dress code formalities. From my research, I knew bold colors were good and pashminas would also help, but my closet consists of casual but classic pieces in black, white, and gray. I literally don’t own anything outside of those colors. So I ended up buying this extremely-expensive fuchsia pink dress with an equally-expensive floral Pashmina

. And here’s the kicker, as I walk and sweat to meet his friends at their apartment, one of them makes me take off all my clothes and puts me into a sari. I ended up with this dress and pashmina that I couldn’t return and would never wear.” — Kayla

7. “$400 for custom Japanese selvedge denim jeans as a Christmas present to my ex-boyfriend. UGH, even typing it makes me cringe. My ex was pretty short and always got his jeans tailored in the most unflattering way, and I decided to buy them to spoil him and make him look good. But he got them tailored the SAME unflattering way, and I blew money on it. Best part of the story: they took three months to make, and by then, I had realized we were no longer compatible (for reasons other than his choice of denim fit), and we had broken up.” — Katie

8. “I don’t know if I would consider it to be ridiculous, but my fiancé and I were long distance for a school year, which meant that on the weekends we would see each other, we tended to go overboard on the date nights. We never really got a hold of the fact that we didn’t have to go out to dinner just because we were in the same zip code. Now that we are planning a wedding, we could probably list some ridiculous things that (at the time) we decided were must-haves.” — Laura

9. “I moved home for a few months the summer after I graduated from college, and I spent a lot of time and gas money driving halfway across the country and back (more than once!) to visit my long distance boyfriend. I ended up finally moving to the city he lived in, which was probably a ridiculous expense as well, but I put so many miles on my car driving to and from those visits. Why didn’t I just fly there?!” — Jenn

10. “Plane tickets to see my then-boyfriend (now-husband) while we were in a long-distance relationship during college. The tickets were $250, and I could’ve made the four-hour drive instead, but flying was much faster.” — Jen

11. “My most ridiculous relationship expense was a $300 plane ticket to see my ex when I was in college. I had to use my meager babysitting funds to buy it, even though he had gotten a promotion and made nearly a six-figure salary.” — Terra