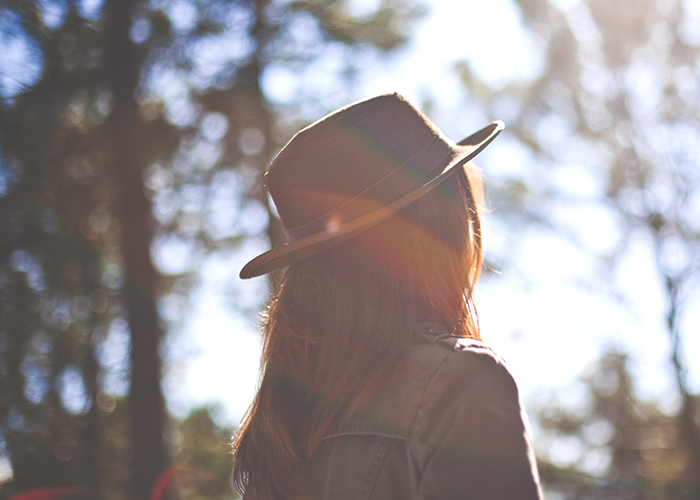 Continuing to put off that one email that needed to be sent out three days ago, neglecting weekend chores, succumbing to buying summer clothes I don’t need, eating a third slice of cake — these are just a few of the bad habits I had to fight off in the last week alone. I’ve read countless articles about how habits form, how to break them, and how to overcome them for the long term. According to this radio segment on NPR, guest Charles Duhigg — writer of The Power of Habit — talks about the three-part “habit loop.” He explains that every habit has three parts. 1) the cue (or trigger), which tells the brain to go into automatic mode, and allows the behavior to unfold. 2) is the routine, which is the behavior itself. 3) is the reward, which is something your brain likes, and then remembers the pattern for the future.

Everyone has their own bad habits (and hopefully, a handful of great ones too), but that doesn’t mean we can’t escape their vicious cycle. Check out this article on what you can do to help kick them to the curb. In the meantime, you can read through the roundup below, where 11 women talk about how they broke their own worst habits. Check it out!

1. Procrastination.
“I was the worst at putting tasks off all the time. What finally kicked my ass into gear, was when I was the Maid of Honor for my best friend’s wedding, and responsible for a good amount of things. I waited until the LAST MINUTE to order stuff that we needed for her shower, and they didn’t end up getting delivered on time. I had to explain to the four other bridesmaids that I fucked up. They were pretty chill (but visibly annoyed), but I felt like a total ass. I vowed I’d never feel that childish and foolish again. Ever since then, I’ve really learned that procrastination hurts not only me, but can hurt the people around me as well. Now, when I’m feeling tempted to put something off, I always ask myself, “will the anxiety caused from not doing the task feel worse than the temporary reprieve of pushing it off?” The answer is usually, ‘yes.’ The anxiety and stress is almost always worse.” — Leah

2. Terrible Eating Patterns.
“For a long time, I had the eating patterns of a child — and an expensive child at that. Before work each morning, I’d grab a buttered plain bagel with a 1/2 iced chocolate milk and 1/2 iced coffee to wash it down. I’d grab cookies from the cafe in our building as a snack at work, skip lunch (because I was too busy), and then eat whatever the hell for dinner. (This was usually cereal, takeout food, pizza, or cocktails + street food with friends after a work event.) I wasn’t listening to my body, and I was prioritizing too many other things over my health. Last year, a friend suggested that I train with her for an upcoming 10k race, and ever since then, my perspective on what it takes to truly fuel my body properly, has changed. Swapping cookies for fruit and greens has changed my skin entirely, and has made me feel happier and more energized. It took me until I was in my mid-20s for my outdated eating habits to change, but better late than never!” — Joan

3. Overcharging My Credit Card.
“I used to get frequent warning emails saying that I was using up too high of a percentage of my available credit, which I promptly ignored. However, I went to a women and finance seminar last summer, and found out that it could potentially damage my credit score. YIKES. I used to be very careless with what I charged on it, but now, I watch my account like a hawk. I’m close to 30 and single, and having less-than-stellar credit is not an option if I ever intend to buy property.” –Debra

4. Staying Up Late, On My Phone, In Bed.
“For a long time, I wondered why I couldn’t sleep well, tossed and turned at night, and wasn’t feeling refreshed or well-rested in the morning. This meant I was cranky at work, pissy to be around before I had my coffee, and just like, generally not feeling great. That led me to read a ton of articles on how to unwind and prep your brain for bedtime. It turns out that staring at a screen for 40 minutes, right before bed, does you NO favors. Now, I leave my phone in the kitchen on the charger and use an actual alarm clock to wake me up. I feel like I’m sleeping better, and I have less anxiety to roll over and check my phone in the middle of the night.” –Erica

5. Acting Like A Doormat At Work.
“God, I have the worse habit of defaulting to being very passive and soft-spoken at work. I never learned the value of speaking my mind, talking bluntly/openly with people, or having productive arguments to arrive at a better solution. I’ve always been very adverse to confrontation, and it has really bit me in the ass on multiple occasions. When I realized I wasn’t getting promoted at work because people didn’t see me as a leader, I knew things had to change. I’ve broken my bad habit by letting go of a lot of the fear that used to hold me back. I practice saying daily affirmations, and love reading through those “confidence boosting tips” articles online. I’ve come a long way, but I’ll always be fighting my natural inclination to be more isolated and button-lipped.” –Sam

6. Online Shopping Addiction.
“If you looked at my checking account shopping pattern a few years back, you would have thought a freaking body double had come in and taken control of my brain. I was overly-rigid when it came to sticking to a budget, but then I would go through periods where I was really ‘good,’ and then slip up badly. But like, $250 worth of ‘bad,’ spent online at Sephora, Nordstrom, Target, etc. (Kind of like a really bad yo-yo diet!) Part of my brain thought online shopping was less problematic, because I thought at least I was keeping myself out of the stores, so I’d be tempted to buy less. When I realized how little I was saving, and couldn’t afford to go on a summer trip with friends one year, that’s when the scope of my problem really hit me. Now, I allow myself a small treat more frequently, so I’m less tempted to ‘binge’ on crap I don’t need.”  –Madison

7. Never Exercising.
” When my career really started moving in my mid-20s, exercise all but disappeared from my daily routine. When I hit 30, I felt flabby, slow, tired, and lazy. I sit at a desk ~eight hours a day, and back then, I was not giving my personal fItNeSs regime any kind of consideration. I started walking 20 minutes a day at lunch and started to feel better. I slowly worked up to doing some weights three times a week, along with a weekly Saturday AM yoga class. Now I feel like my body is in a much healthier place, and I didn’t have to dive into a radical workout plan to achieve it.” –Elaine

8. Never Cleaning.
“I’ve never been one of those OCD-type people who can’t sleep if their kitchen isn’t properly cleaned, or their papers aren’t organized just so. This always bothered me, because I’m weirdly surrounded by a lot of people who have more obsessive cleaning tendencies than I do. (This made me feel really sloppy and childish.) As I’ve gotten older, I’ve realized my bad cleaning habits are r e a l l y  bad, and if I let them continue, I’ll be living in filth. Now, I spend a three-hour chunk every Saturday morning, with my partner, cleaning our entire apartment. It’s something I’ve actually come to enjoy, but damn, it took me a long time (and the help of friends and my partner) to see that it was a problem that needed fixing.” –Sophie

9. Getting Defensive.
“My habit was more of an emotional one that needed to be broken. I’ve always been an insecure person, and it’s because I have emotional issues and baggage from my past that I’ve never really worked through. I thought that the issues would kind of fade with time, but they ended up getting worse because I ignored them. I wouldn’t say I’m an angry drunk, but when I do drink I get much more defensive and hostile. I’ve learned to take better care of myself. I did a brief six months stint with a therapist, but now I feel much more in control of my emotional response to people and my surroundings.” –Kerri

10. Drinking Way Too Much Coffee.
“My worst habit? Easy! Drinking too much coffee. I was downing like, six plus cups a day of the strong stuff, and I thought nothing of it. It wasn’t until one weekend, when my boyfriend and I went to a museum on a Sunday AM, and we didn’t have time to stop for coffee before we needed to catch the subway. Turns out that there was a massive delay, and it meant we were stuck in the underground for an extra half hour. My head started pounding, and I felt super dizzy. I had been up over two hours at that point and hadn’t yet had any coffee. It really dawned on me then that I knew my body was addicted, and I needed to start weaning myself off. It took me nearly a year to whittle my routine down to just one cup in the morning, but I did it. It’s crazy how much better I feel now, and how much my mood and energy levels have stabilized.” –Eva

11. Nail Biting.
“For years, I was a chronic nail biter. It was usually tied up with me resisting the desire to eat because I have a mild oral fixation. I always needed to be sipping, chewing, or eating something (it might sound somewhat comical, but it’s horrible). Biting my nails calmed me and temporarily eased the fixation. However, that meant that my nail beds always looked horrible, and my nails were short and stumpy. It’s going to sound nuts, but what finally cured me was meeting a former coworker of mine, at my first job out of college. She had the most insanely beautiful hands, and long naturally-shaped nails. I was floored by how beautiful and elegant it made her appear. Right then and there, I decided I would do my absolute best to break the habit, and finally grow my nails out. It’s been three years, and I’m happy to say I FINALLY have nails that resemble normal-looking ones.” –Jackie