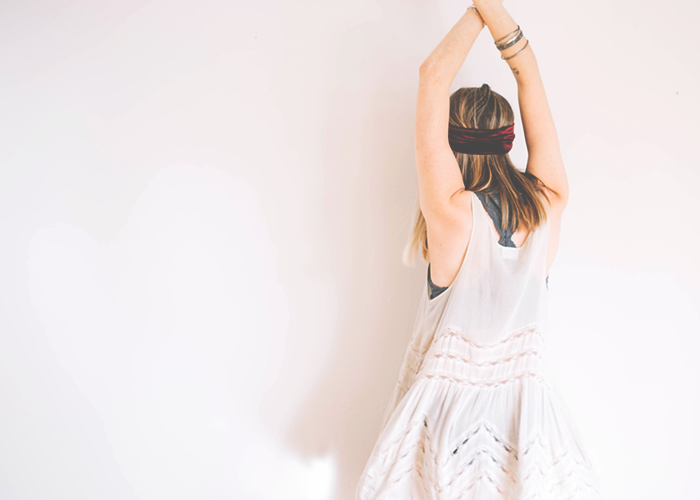 *This post is the second in a two-part series about Cait’s year-long shopping ban. Read the first post here, which includes what Cait gave up and got rid of, and how much she saved.

1. I learned what my spending routines really were.

The first week or so of the ban was easy, as I tried to build a new morning routine around making coffee in my French press, because I’d given up buying coffee out as part of my ban. Then, I started to get hit by some of my triggers and bad habits. I quickly learned that I usually allowed myself to get a triple espresso on mornings when I’d had a bad sleep the night before. I discovered I had a habit of buying a latte before running errands; that alone made me question how difficult my challenge would be, not because I didn’t think I could do it, but because the act of “getting” coffee for certain reasons was so ingrained in my daily life.

2. I got rid of stuff in my apartment, but I also decluttered digitally.

The second and third months were a bit easier than the first. On the minimalism side of things, I started getting rid of the items in my house I didn’t need, but I then shifted my focus so I could declutter my life and mind. With that challenge, I mostly cleaned up my digital life by clearing out all the apps on my iPhone I didn’t use, unfollowing all businesses/stores on social media, wiping out the hundreds of bookmarks I had saved in Chrome, cleaning up my desktop, and creating a better folder system in my inbox.

3. I pinpointed my spending weaknesses.

As for the shopping ban, books were a struggle for me, especially cheap eBooks (you know, those ones people sell for $0.99-$2.99). Every time I thought about giving in and buying one, I would remind myself that I still had stacks upon stacks of unread books on my shelves that I couldn’t find time to get through, so there was no point spending money on more. The real struggle for me during this period, though, was a breakup I went through at the end of September; that’s when I realized I used to buy things to fill a void. I felt so empty for a time there, and wanted nothing more than to buy the new iPhone I was dreaming of, along with anything else that crossed my path and looked good. In the past, I would’ve swiped for it all no problem, but the shopping ban loomed over me, so I carried on.

4. I started putting away more money than I thought.

Throughout those first three months of my ban, I’d been putting a little bit of money into a Shopping Ban account, along with all the money I’d made selling items throughout my declutter. At the end of September, I had $760 saved up (more than half of what I’d thought I would have at the end!), so I finally bought a new bed. (This item was on my approved shopping list.) I’ve never really thought about this until now, but that was a purchase I’d been pushing off for a couple years, and only after I finally stopped spending money on useless stuff was I finally able to make it a priority.

5. Donating and getting rid of stuff became a habit for me.

In October and November, I decluttered and got rid of another 68 items, which brought the total number of items removed from my home up to 54%. Three boxes I had actually avoided until closer to the holidays were my Christmas decorations, which I managed to reduce by 70%! And I wasn’t even emptying my closets or drawers anymore. I would simply walk around, and if something caught my eye and I knew I hadn’t touched it since July, I put it in a bag to donate. Once the bag was full, I dropped it off and was done with it.

6. I learned what it felt like to not buy anything at my favorite store.

In October, a friend came to visit, and I took him to my favorite used/rare bookstore downtown. I walked out without buying anything, so that was a win.

7. I almost broke the ban (accidentally) more than once.

The second time my friend and I hung out, however, we went for dinner and then he asked if I wanted to have coffee after. We walked up Commercial Drive until we found a place, walked in, ordered, paid, and I drank a latte. It wasn’t until he asked me how the shopping ban was going that I realized I had just broken the takeout coffee part of my ban, and you should’ve seen the look on my face: pure shock.

I almost broke my shopping ban in a big way in November, and it was one of the most eye-opening experiences of the entire year-long ban. Up until that point, all the triggers I’d felt pull me toward making the decision to spend money were simply around shopping habits I had built up over several years. I had a habit of buying eBooks the minute I decided I wanted them, and I had a habit of buying things to make myself feel better when I was sad/lonely. But in November, I discovered a third habit of mine: talking myself into buying things I didn’t need. I learned this on Black Friday when Kobo e-readers went on sale and my thoughts quickly went into a tailspin. I convinced myself a new one would replace my current one that is slightly broken, which would remove a huge daily annoyance from my life. And with that, I added one to a shopping cart, entered all my billing and shipping information, and submitted the order.

8. I celebrated a minimalist holiday.

In December, the entire Flanders family decided to embrace minimalism, and we celebrated our first minimalist Christmas together. We each got a stocking that could be filled with a maximum of $100 worth of stuff, and it all had to be useful/serve a purpose. We spent the morning at the beach with the dogs, the afternoon relaxing, and didn’t even think to open our stockings until just before dinner time. It was one of the best Christmases we’ve ever had (and just happened to also be the cheapest). I began to notice my entire mindset around money and “stuff” shift even further. Beyond just challenging myself to buy and spend less, I wanted to challenge myself to become more resourceful and make/create/fix more of the things I wanted/needed.

9. I realized why I bought clothes but didn’t wear them.

During months eight and nine, I feel like I did the deepest soul-searching of this entire journey. I finally realized — months and months after getting rid of so much of my stuff — that I’d purchased most of my things to exhibit some level of success I wanted people to believe I had reached. I had bought books simply because I wanted them to be on my bookshelf when people came over, so they thought I was well read. I purchased outfits for the same reason, but didn’t feel good in any of them, so they remained hung up and unworn in my closet. And my home was full of brand-new, matching furniture, because that felt like success to me, which is how I wanted to be perceived. But it all went on credit. (Not since becoming debt-free in 2013, but leading up to that.)

10. And I gained an appreciation for the things I kept.

Over time, and with age I suppose, I have become more comfortable with who I am. So, when it came time to declutter in the summer of 2014, it was easier for me to look at things and say, “You don’t want to read/wear/do that. It’s okay that you bought it and won’t use it. Let it go.” As I became even more willing to let things go, I found myself consumed with gratitude for everything that I chose to keep, because all of it made my life better in some way.

11. I did a final decluttering.

At the beginning of June, I decided to do one “final” declutter (I say that loosely because I think it’s good to constantly declutter). I removed another 54 items from my home, which brought my grand total up to 70%. One of the things I had to get rid of was the only pair of TOMS I owned (which had just been given to me at Christmas – wah!) that died on a 10-day trip to the east coast. My automatic reaction was to rush out and replace them. Before I broke the ban for a new pair, however, I remembered it was sandal season and decided to try to live in flip flops for the final few weeks of my ban.

12. At the end of the ban, there was nothing I wanted to buy.

The minute I started telling people I only had one month left in the shopping ban, the #1 question they started asking me was: What are you going to buy when it’s over? Never mind the fact that I still had 30 more days to get through, everyone just wanted to know how I was going to celebrate. Here’s the truth: the answer was nothing. On the last day of the ban, there was nothing I planned to buy the next day. My shopping ban wasn’t tempted once in the last month (other than when I begged a friend to let me buy a new day planner, lol). At the end of my ban, there was nothing I needed that could make my life better than it already was, and that’s a great feeling to end a year-long challenge with.