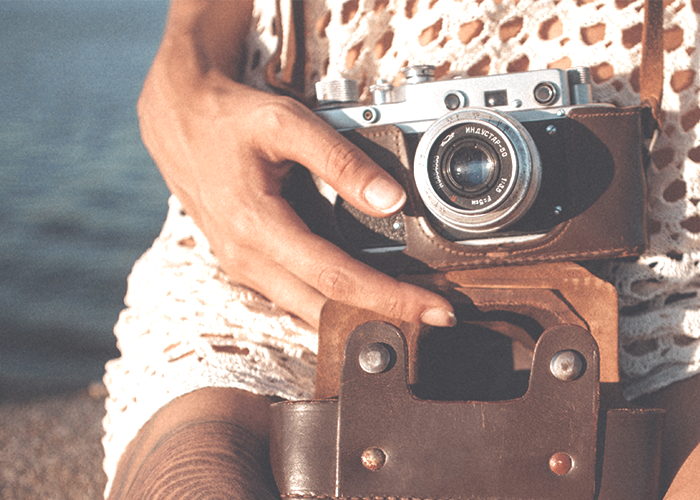 1. Coffee. And I don’t mean buying coffee out, I mean coffee in general. For some reason, my body hasn’t been responding well to coffee lately, and I end up feeling jittery and gross every time I drink it. While I’ve always liked cold brew and fun at-home lattes, I drink tea for most of the day, and could probably power through at least three or four days a week without coffee. So I’ll be tidying up my coffee consumption this spring.

2. My inability to do dishes. I think we all get sick of our own bad habits, at some point; I procrastinate household chores the way 15-year-olds put off pre-calc homework, and it drives me nuts. For the fact that I’m incredibly particular and detail-oriented about so many things, cleaning the kitchen just never makes my priority list. And it really should, if for no other reason than dishes are always going to be a (brutal) part of my life. Recently, my roommate and I tried to challenge ourselves to go to bed every night with a clean, empty sink

for a week. It was a step in the right direction, but I definitely could’ve committed to the task with more enthusiasm.

3. My absolute effing mess of files. I have to get most of my documents together for tax season next week. At this point, it’s a non-negotiable task. Technically, I have a file for all of my 2015 checks, 2015 receipts, and 2015 write-offs, and am building these files for 2016. But in practice, these files started out somewhat orderly and now look like they went through the same tornado that swept Dorothy from Auntie Em’s to Oz. They need some serious spring cleaning attention.

4. My occasionally-extreme relationship with money. For the most part, I have been very good about sticking to my budget this year. But, occasionally, I notice that I sometimes flip between two extremes: overspending and being overly frugal. I’ll have weeks where I don’t make it to the grocery store, which prompts me to say “yes” to going out to eat more and to spend too much at coffee shops. And then I have weeks where I berate myself for this, and cut my spending off entirely. Last year, I spent the first half the year in half-employment, money-saving mode, so I still have a hard time allowing myself splurge, even for needs that I’ve saved up for. What I really need is to strike more of a financial balance.

5. My semi-frantic attitude. I have been pretty busy lately (though, let’s be real, who the hell hasn’t?), and it’s caused me to freak out about the most minute details, even more than I otherwise would. But honestly, when you hit breakneck speed, you drive yourself crazy and start missing things in the process. And I’ve noticed when there is always more work that could be done, it’s hard to find an “off switch.” During the weeks when I’ve taken on too much, I tend to go into a focused overdrive, and end up snapping at the people closest to me, making too many lists, moving too quickly, just generally being less pleasant. The solution is to ~calm down~ and also realize that you can’t do every single thing, every single day.

6. A lot of old clothes, and maybe even a piece of furniture or two. On a more tangible, less emotional spring cleaning note, I definitely need to do another closet purge. I’m in the process of relocating to NYC for a couple of months for TFD and next week, I will be faced with the challenge of packing. I’m a very skilled packer (last time I went to the east coast, it was for six weeks, and I took only a carry-on suitcase). However, I’m going to be checking a bag this time (#treatyoself) and need to spend time sorting through what’s coming with me, what’s staying, and what needs to be donated. I also need to leave my room in tip-top shape for a subletter, so the less I can store, and the more I can give away, the better.

7. Obsessing over things that either don’t matter, or can’t be changed. I am the type of person who is still picking apart a conversation I had three weeks ago. So often, I create problems in my head simply because I’m overthinking the problem, instead of coming up with productive solutions or having open conversations. In the spirit of “spring cleaning

,” I would like to just be more aware of when this is happening, and remind myself that obsessing doesn’t change anything, action does.

8. My financial jealousy for people who are traveling when I’m not. Rationally, I know when I see Insta travel hoes parading their adventures in Thailand and Europe around social media, it doesn’t mean their lives are better than mine. But I have to admit, I’ve been feeling jealous more than usual in the last few months. I haven’t traveled in quite a while, and lately, I’ve been spending a little too long lusting after the privilege of those gallivanting around the world. And hey, maybe I will save up and go somewhere this year — I certainly hope so. I just need to remember that if I do get to travel this year, it will be because I crave the experience, and not because I want to stack up to the Overly-Aspirational Social Media Crowd.

9. My unwillingness to carry cash. The fact that I often don’t carry cash really is a negative part of my life that needs to be addressed in this spring cleaning. I would really love to get through one week where I don’t utter the words, “shit, I don’t have any cash.”

10. Refreshing my browsers and checking my phone with a ridiculous sense of urgency. I am not as patient as I could be. When someone doesn’t respond to my text, g-chat, Facebook message, or call, I am tempted to send several more messages with varying amounts of exclamation points. (Though I then turn into a hypocrite and forget to respond to text messages.) Regardless, I find that every three minutes, I instinctively swipe my phone open to check my notifications, or touch my mousepad on my laptop to keep my screen illuminated. Having a conversation with me between the hours of 6 AM and 6 PM inevitably comes with me fidgeting with my computer, and it’s not a great habit.

11. Spacing out when other people are talking to me. Sometimes I’ll realize I stopped listening to someone 20 seconds ago because I started running through my to-do list in my head. The same thing happens when I’m obsessing about that comment that was said three weeks ago. Overthinking makes me lose focus, which isn’t fair to whoever I’m talking to, or to myself. While I don’t love Pinterest wisdom, it wouldn’t hurt to take the classic “Be present” advice to heart.

12. Mindless consumption. I often indulge in familiar television shows, songs, books, or movies, because it requires no thought to watch an episode of Friends I’ve already seen three times. But I worry that it is making me a less sharp consumer. It’s not that I want to stop watching TV, or listening to music, I just need to stop letting myself “veg out” by re-binge-watching a show. As part of my mental spring cleaning, I need to get rid of my old Netflix reliables and find some new podcasts.