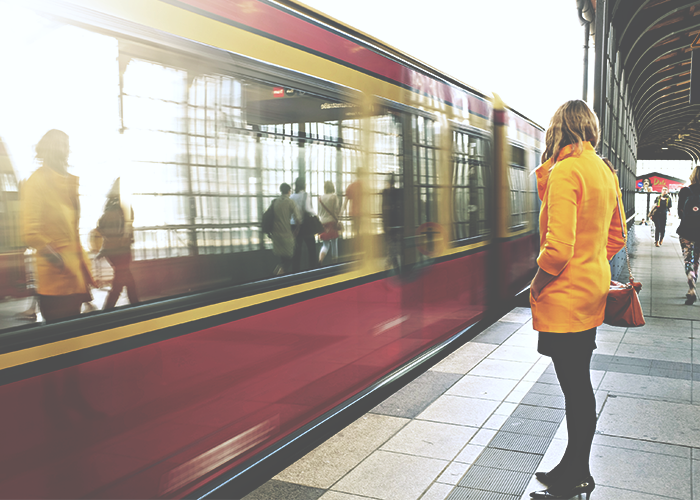 Nearly everyone has expenses they can cut out of their lives, and while we don’t like to admit where we are making silly financial mistakes, we can most likely identify them ourselves. I think it’s safe to assume that most people don’t require the eyes of a financial advisor to point out the areas where they could be cutting corners. For most women I talk to/am friends with, I feel that there is a guilt associated with making purchases they know they shouldn’t be making, but they are simultaneously reluctant to change.

For me, I know I spend too much on groceries and coffee out, and don’t organize my fridge efficiently. I throw out food that doesn’t get eaten, or I opt to grab food on the way home from work when the idea of whipping up an elaborate meal feels daunting. I also know I need to be harder on myself for popping into beauty supply stores for crap I don’t need, but I’m not always lucid enough to know I’m spending wastefully.

I was curious what other women my age felt compelled to cut out of their daily/weekly/monthly expenses, so I talked to 12 women about their spending habits. It didn’t surprise me that nearly every woman answered almost immediately, and was able to give an example of something she recently cut out. Maybe there’s something about hitting your mid-20s where you suddenly feel compelled to make concrete changes in your financial behavior. I know I felt that way. Check out what these 12 professional woman had to say.

1.  “My expensive yoga membership. It was costing me an arm and a leg, and I was only going once a month, if that. It was tricking me into thinking I was healthier than I really was, and I’ve actually lost weight since I quit because I eat healthier now. Go figure.” –Kara

2. “My girlfriends and I would meet every other Saturday AM for brunch, followed by a trip to the nail salon to get manicures. It cost roughly $45 bucks, which I rationalized as ‘quality girl time’ to catch up with friends. But that $100 really added up, and we all started to feel that way. Nowadays, we all meet up to grab a coffee, and then we take a two-hour walk around the city to catch up with each other.” — Ella

3. “I’ve cut out those random three times per week grocery store trips that used to plague me because I NEVER bothered to write out meal plans for the week. Now, I do one giant grocery shopping trip on Sunday evening, and I’m set for the week. There’s a lot less temptation to unnecessarily spend $$$ at the grocery store these days” — Jackie

4. “I stopped ordering wine online, and my bank account looks as if it rose from the dead.” — Alex

5. “I had a few magazine subscriptions that I was receiving, but I was just never reading. I had a giant stack of them near my front door, and at some point, I had to stop kidding myself. I wasn’t going to read them. Even though they were $30-$50 for the year for each of them (not crazy expensive), it was such a waste of paper. Now, I pretty much read everything online, and the few subscriptions I do have are to podcasts and YouTube video content. #savingtheenvironment.” — Jules

6. “I used to work at a large financial institution in NYC where I was in a very client-facing role. I was expected to dress and look a certain way, and so I developed pretty expensive grooming habits that drained my bank account. I went for pricey haircuts every six weeks, got my nails done every Saturday, got my eyebrows threaded regularly, got facials every other week, etc. I realized that I was using my expensive beauty regimen as a crutch because I didn’t feel confident at my high-pressure job. (I had been promoted to a position I felt too young for.) Long story short, I had to really focus on cutting back the amount of money I spent, and have since taken a massive step back to consider what I truly need vs. what I was doing out of habit. I switched jobs, whittled down my beauty routine, and now I feel like I’m in a much better financial position even though I make a bit less money.” — Erica

7. “This might seem cold, but my sister has been irresponsible and flip with money her entire life, and I’ve always been there to bail her our when she’s needed me. Last year, I had a firm talk with her about her need to become more responsible. Essentially, I had to tell her I wouldn’t be able to dish out extra money so frequently. I guess it’s rude to call funding your sister’s financial mistakes an ‘expense’ that has been cut out, but it’s true. I had to put my foot down, and force her to stand on her own two feet. It was a painful lesson for her to learn, but she’s getting better now. I feel like I did her a favor in the long run, even if she resented me at the time.” — Samantha

8. “There’s a Le Pain Quotidien right by my office, and every. single. morning. I would get a large latte and a croissant before work (which cost roughly $7). Then, I’d sometimes head down, post lunch, for something sweet like a chocolate mousse cup or mini brownie. I easily wrote it off since I made decent money, and I was single (and had nothing I was really focused on saving for). Needless to say, that kind of money SERIOUSLY added up. Now, I still grab a daily coffee, but never anything else. I’m not perfect, but I’m working on being more financially savvy overall.” — Iee Ling

9. “My husband and I would go to the movies most Friday nights as a semi-weekly ritual. It was something we looked forward to doing each week, and a great way for us to both unwind. We would always split a large popcorn and a soda, and think nothing of it. However, we recently swapped those outings for a Netflix & HBO Go subscription. Now, we sit at home and crack open a bottle of wine to sip on as we watch TV. We’ve saved a large amount of money, and it seems like that one smart financial decision led to a stronger emphasis on money overall — making good choices was like a domino effect!” — Jenna

10. “This sounds so gauche (and it is), but when I used to be in a rush some mornings, I’d drive my car into the city for work, and park in a garage. Now, my company offers free parking for employees in the garage under the building, but it was still expensive to drive in with the tolls and bridge fees. Now, I’ve gotten much more diligent about waking up early and taking public transportation to work. I’m actually in the process of selling my car because it’s time to cut the unnecessary expense from my life, and move on.” — Valerie

11. “I’ve traded designer brand-name lipsticks, nail polishes, and foundations for excellent drugstore varieties. I used to pay $30 for the Chanel lipsticks, which still causes a sting of shame when I think about it. Now, I’m able to save for the things I really want, like vacations and travel, since I’m not paying for overpriced makeup (which was up to several hundred dollars per month). YIKES.” — Laurie

12. “This might sounds cruel, but I stopped donating to podcasts, GoFundMes, and patreons that I was never listening to or benefiting from. Instead, I wanted my dollars to really count, and go toward the things I believe in and love. I guess it’s less a matter of cutting expenses, and more about redirecting those dollars elsewhere. Since then, I’ve put my money toward local food pantries and homeless shelters in my neighborhood. I want the community I live in to benefit from whatever money I can put into it. You can say I ‘cut’ out unnecessary expenses and tacked on those that I genuinely feel good about.” — Dominique