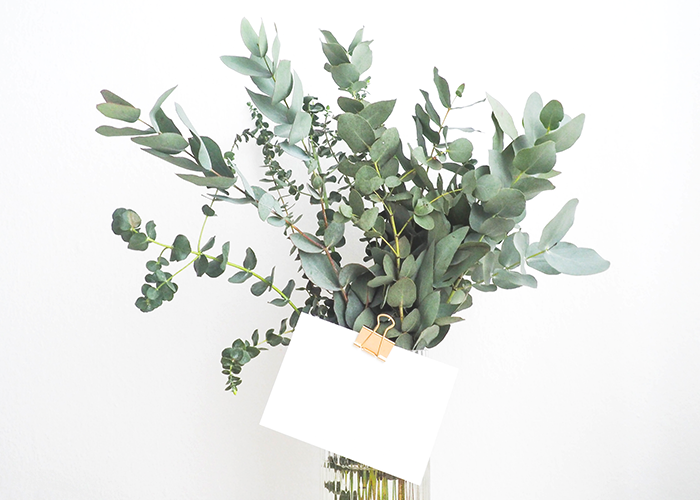 Whether or not you subscribe to the idea of setting New Year’s resolutions, we can’t deny that seeing the start of a new year as an opportunity resonates with a lot of people. Of course, many of us set goals that are lofty, to say the least, and failing to reach them seems to be the norm. Which makes keeping a resolution that much more impressive, in my opinion. Today, we wanted to celebrate those in the TFD community who were able to reach their biggest goals this year — and hear about how they did so. If you’re setting a 2018 resolution, hopefully, these true stories of IRL follow-through will provide some inspiration (and advice) you can keep coming back to this year!

1. “I did keep my New Year’s resolution to finish two Datacamp coding courses last year. Together they took about 160 hours. I was hoping to develop my data science skills more so I can combine them with my work in the future (I’m about to start working as an actuary), use them for a side job, or as a backup in case I want to switch careers. It took me the whole year. I had a bit of a lull in the middle of the year where I didn’t do as much as I should have, but then I caught up towards the end of the year. I am really happy with what I learned and am going to apply it to my own projects this year and write 12 blog posts about them on Medium (that’s my new goal for 2018).” – Emma

2. “2016 was harsh for me — I ate a lot, watched the Criminal Minds all the time, worked as a tutor to earn some money for ‘coffee with friends’ and to pay to the landlord. December 31 I decided that it’s not enough, I’m too ambitious for this life. I told myself to stop worrying about everything and let it go a bit — start changing with baby steps. It. Was. Hard. Anyway, I learned Italian (level A2), met friendly people in the group, left that tiny apartment, that rainy town, and those sad people who wanted to make me like them (cheap wine and long night shifts at work ARE NOT HEALTHY). Now I live in a city that doesn’t stop. I lost 10 pounds without noticing it (I relaxed in swimming pool, it basically became my second home). I finally started saving for the Master’s degree in Italy. I have two exciting projects as a marketer and one of my own. Moreover, next month I’m going on a business trip to London (as a Harry Potter fan I’m excited, just like twelve years ago when I got my first book and became obsessed with it in a moment). It all started with one simple thought — I’m too ambitious for the life I have now. I can do better than this.” – Sima

3. “My New Year’s Resolution last year was to not use any disposable cups (in truth, I used 12 in total this past year). I put a reusable cup next to my keys so I would grab them both on my way out the door to try to make it a habit. Eventually, this turned into me making a lot more of my own coffee (which saved me a lot of money), and reducing my trash in a number of other ways. My two main takeaways for keeping a resolution are 1) tell people close to you about it so they hold you accountable and don’t accidentally make you break your resolution and 2) don’t let one day of failure cause you to give up. I wasn’t perfect at my resolution, especially at the beginning, but now it is a part of my daily routine.” – Megan

4. “I increased my average daily step count from 5,000 to 7,500! Mostly by making myself walk to places that I would usually drive to, like the grocery store or library.” – Jessica

5. “One of my 2017 resolutions was to actually use my climbing shoes. Up until May 2017, they had only been used twice (and I bought them fairly early on in 2016). I always wanted to love rock climbing, but something didn’t quite click. I loved the IDEA of the sport but couldn’t translate that into action or consistency. I hadn’t made any sort of plan for how to ensure I followed through on this goal when the year started; I’m not good at creating timelines/deadlines when it comes to goals. But when the opportunity presented itself to use my shoes for bouldering, a kind of climbing I had never even thought to try before, I took it. Once I found something I actually enjoyed, keeping my resolution was easy. Turns out I had been doing the wrong kind of climbing! Bouldering felt like everything I wanted sport climbing to be and more. In May I started bouldering at a local gym three times a week and I wore out my first pair of climbing shoes a couple weeks before 2017 ended. I bought my second pair three days before 2018.” – Anna

6. “I actually kept one of my resolutions for once! I used to read a lot, then stopped and hadn’t picked up a book in 2ish years. I set a realistic goal to read 12 total in one year. It helped a lot to mentally break it down as 1 book per month, and use the Goodreads app to set a reading challenge and track myself. I started off slow, but ended up reading 14! I’ve already set a new (higher) goal for 2018 because succeeding this year felt so rewarding.” – Ivy

7. “Last year I set out a resolution to take care of my mental health and work out regularly. I joined a Crossfit gym just because I like the supervision of a coach and it’s something I’d like to try. I’ve also seen a counselor for three months and manage to work out my issues. Counseling was free because I’m a grad student and can use the University services, while Crossfit was pretty inexpensive for the town I live in. Essentially the reason my resolution is successful is just that I stick with it and ease into it instead of thinking ‘go big or go home’ and never follow through…I plan it out and spend some time (1-2 hours) each day to cook, prepare to work out, and keep my appointments. I’ve also stopped obsessing over counting calories and such and just focus on eating healthily for a good performance.” – Atinna

8. “I did! I promised myself to start saving and to take my student debt seriously (still in college so repayment isn’t happening yet). But I saved 8,000 euros in a year starting from literally zero. I saved up by waitressing whilst I was living on my own. I kept it by focusing on the long-term — that is, feeling like I can handle adulthood even though I just turned 21.” – Kalottu

9. “I kept a bunch of resolutions! I’m actually very proud.

I think the biggest lesson I learned from 2017 was that you can make big or small goals but you have to actually commit to making them happen. It’s not wishful thinking. You have to actually take steps to achieve them. Like finding a web designer I could afford or actually pitching the publications I want bylines in.” – Cate

10. “I’ve been a nail biter my entire life and was always embarrassed of showing off my hands. 2017 was the year I buckled down and stopped biting altogether! I made sure to always have a crunchy snack near and tons of Pinterest boards with beautiful nail designs around. It finally worked! Now I have to add mani expense to my monthly budget. So worth it!” – Jackie

11. “My New Years Resolution was to read 50 books and I completed it! The best resource was my LIBRARY CARD! Saved me a fortune.” – Mackenzie

12. “Last year my NYE resolution was to leave an industry that made me miserable (sales) & FINALLY break into one I really wanted to be in — marketing. It took around five months but I accomplished it in May, and now it’s seven months later and I’m still loving my marketing job 🙂 I tried really hard to showcase how the skills I gained at my current job qualified me for whichever job I was applying for, because marketers do a lot of client account management work similar to what a sales account manager does. I also think it helps to apply to jobs in cities with smaller applicant pools than NYC because I heard back from WAY more Boston job applications than I did for my NY ones. My new title is Content Specialist, within a content marketing startup.” – Nicole

13. “Actually, for the first time ever, I did keep a resolution! I wanted to practice Spanish at least three times a week for a year. All of those passive-aggressive Duolingo alerts really got to me, I guess.” – Hailey