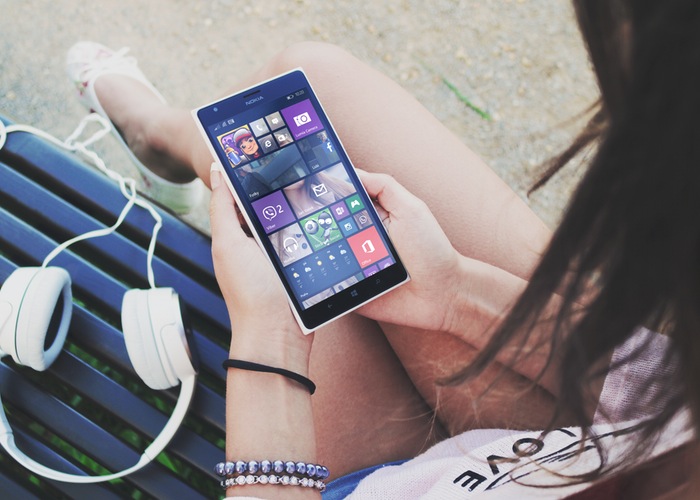 People often like to tell us that we’re turning into our mothers and fathers. Not only do I think that’s unequivocally true (at least in my case), but I also think so much of that stems from picking up their specific habits. Just like we might respond to stressful situations in the same way our parents do, I think we adopt spending habits from our parents. If you grew up with parents who always bought movies, instead of renting them (back when Blockbuster was a thing), you might grow up to own a kick-ass DVD collection. If your family always ordered Chinese takeout on Wednesday nights, that might be something you carry into adulthood. Of course, this logic doesn’t always stand. There are some things I specifically don’t spend money on because I disagreed with how my parents’ were spending. (For example, my mom tends to overbuy at the grocery store, and it used to be such a pet peeve of mine that now I underbuy at the supermarket, as some sort of habitual reflex.)

The fact that we pick up our parents’ habits isn’t always a good thing, of course. Often we adopt some of their best practices, and some of their worst. While I wanted to focus here on the things I avoid buying because of my upbringing, there are also things I do buy because my family did. And I certainly cannot claim that just because I avoid buying these things, means everyone should. I compiled this list not to outline my good spending habits, but rather to look through my own history, and see what I learned from my parents, both good and bad. I grew up in a few different households — my mom’s, my dad’s, and my dad and stepmom’s — and I’ve adopted individual habits from everyone in my family. I also grew up in a few different economic environments. For the first nine (ish) years of my life, my mom was getting her Ph.D., so we lived on a very strict budget. We also moved more than a few times, which means I experienced suburban home life, and city apartment life, all while living under my parents’ roofs.

Here are 15 things I don’t buy because I didn’t grow up with them:

1. Soda. I was never allowed to drink soda as a kid. It’s not that I think soda is bad — I like having a ginger ale every once and a while — but you pick up eating habits from your parents, and soda was rarely something I saw around the house. I don’t ever buy a soda while out, nor do I pick it up at the grocery store.

2. A cable package. I grew up without cable (and my mom still doesn’t have cable), so I’ve never added it into my Internet package, because I know I won’t use it. (If I had a roommate that really wanted it, I’d be willing to split it, but that hasn’t happened yet.) I never grew accustomed to having the TV on in the background, except for an occasional hockey game my dad would turn on. (Though, television aside, I am addicted to Netflix on my computer, so we all have our vices.)

3. Tons of holiday decorations. Around December, there are so many different holidays that people in my family celebrate, that we were unlikely to trot out tons of Christmas lights, or a menorah. At my dad and stepmom’s, we had cats, so a tree was usually out of the question. And at my mom’s, we kept it pretty simple, because she worked right up to Christmas, so we didn’t have much time to decorate. (Though occasionally, at the last minute, we’d buy a mini tree.)

4. Landlines. I know very few people my age have landlines now, but when I was in high school, it was considered ~progressive~ of my mom to get rid of our landline in favor of our cell phones. Her house was the only entry in the school directory that didn’t have a landline, and I can’t really see a time where I’d be motivated to invest in a landline.

5. Booze on a regular basis. While we had a liquor cabinet, and some wine and beer lying around, we were never a “pick up a bottle on the way home”-type family. When we bought alcohol, it was for a specific event (hosting guests, etc.). Even now, I don’t buy alcohol very often, nor do I have a drink every night, just because that’s not what I was surrounded by growing up.

6. As my brother and I grew up, my family stopped getting each other big gifts for around the house, and focused more on experiential gifts. It’s rare that anyone in my family would buy me something for the mantel, a piece of furniture, or an electronic. As a result, I’m more apt to buy someone tickets to a play, or a festival, or a gift card to a restaurant they’ve been wanting to try, rather than buying them a thing.

7. Takeout. I can count on my fingers the times I’ve seen people in my family order takeout. When my mom was still in school, and we were young kids, she used to do Julia Child impressions while cooking at home, so that we’d get excited about ~cooking as an activity~ because we rarely got fancy takeout.

8. Beef. My mother, being Hindu, doesn’t eat beef at all, but at both houses, my family tended toward buying the less expensive meats, or fish, as opposed to red meats. Like most of the things on this list, it’s not that I think this is healthier, or more economical even (some fish can be expensive), it’s just a spending habit I adopted from my family.

9. Electronic games of any kind. Anything that could “rot your brain” was off limits in my household. When we played games, they were of the board variety. I don’t think I would want to buy my kids a lot of electronics either, nor have I ever been one to invest in a Roku, or things of that nature. I’m very content with a deck of cards (and maybe Taboo).

10. Magazine subscriptions. We didn’t have a stack of magazines we used as bathroom literature because there wasn’t much my family subscribed to (other than the local paper). If there were magazine subscriptions around the house, it was often because they were gifts. So it was ingrained in my head that you didn’t buy subscriptions for yourself, but you could buy a Bon Appetit subscription for someone else in the family.

12. “Just for fun” clothes. I have never shopped for the sake of shopping. In fact, I don’t like the act of shopping, nor have I ever abused online shopping (though I dabble). When we went shopping, it was specifically to buy clothes for school, or a nice event. But I didn’t grow up buying a shirt simply because it was a fun activity.

13. Halloween costumes. I have a few friends who have boxes and boxes of store-bought Halloween costumes they’ve accumulated over the years. We were never allowed to buy Halloween costumes when I was growing up. We could make them, go to goodwill and find costume pieces, or borrow things, instead. As a result, even when I started earning my own money, I was in no hurry to buy a police outfit at the local Halloween emporium.

14. Bottled water. I come from two fairly environmentally friendly families. (Though, I admit, I occasionally buy bottled seltzer because I still haven’t invested in a soda stream.)

15. New cars. The first car I drove to school was a ’93 Camry. When I was growing up, between my two houses, we often had older or used cars, as a opposed to a brand new one. When I bought my first car this year, I bought used. Obviously, everyone has their own opinions in terms of which is a better financial investment, but I got a great deal, and it was the right choice for me. And it was something I was accustomed to.