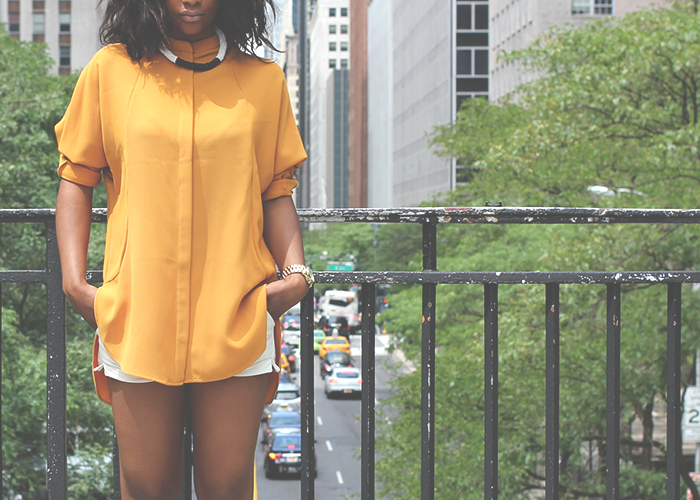 It’s been a year and ten days since I quit my full-time job in advertising to go freelance and pursue my writing career. When I quit my job, I had one freelance contract, very little experience pitching, a list of submissions portal, a few job applications submitted, and a hunger to get the hell out of my old job. As I’ve said on the site before, I had a perfectly good full-time job and worked with kind people, but it wasn’t the right fit for me. And once I figured out what I actually wanted to do, I was exaggeratedly fed up with my job, almost to a fault. In the last year, I’ve added contracts to my freelance life, gotten rid of contracts, renegotiated rates (successfully and unsuccessfully), filled several college-ruled notebooks with both good and very shitty article ideas, and joined The Financial Diet team. Here are 16 professional lessons I’ve learned in the last 376 days:

1. If you aren’t sure whether it’s appropriate to reach out to someone you’re semi-connected or not, just do it. You are taking a bigger risk by ignoring the chance to connect than you are by reaching out. I have sent an intimidating amount of cold emails and pitches out in the last year. When I started doing this, I was lucky to get one response for every ten emails I sent out. Fortunately, that response rate has increased since February 2015, so there’s hope.

2. There’s a software you can download that will enable you to schedule emails to fire off whenever you want. It’s called Boomerang, and it will change your life for the better.

3. When you’re emailing people cold, or sending our cover letters, give each email a sufficient amount of time. The last thing you want your cover letter to say is, “Hi, I’m So-And-So, And I Didn’t Care About This Enough To Proofread This Email.” If you’re sending the same email to more than one person, make sure you change the name at the top of the email. I have definitely made some egregious email errors and wish I could reach into Gmail’s ether and get rid of them, but I can’t.

4. The most important thing you can do after sending an articulate, proofread email is follow up. So often emails just get lost in the abyss, and following up can get you the response you were hoping for. Personally, I think it’s acceptable to follow up after 10 days, but not sooner.

5. Not knowing exactly where your professional life is going is not necessarily a bad thing. I always have a plan. I make eight schedules a day — on a light day. This year, for the first time, I did not have one specific game plan, and that allowed me to be part of a lot of projects that I really wanted to be part of, but would never have pushed myself to seek out if I’d actually had a straightforward plan.

6. I learned the importance of having an emergency fund before you quit your job. But the saving grace of my year was that I never touched the emergency fund I saved, and then started adding to it whenever I could. Having a strong savings account can allow you to take risks in your career that you otherwise might not be able to.

7. Never underestimate the power of having some side work that will pay you well for not working very hard. As much I struggled with the reality that I went from having a full-time job to funding myself partially off Airbnb tenants and babysitting jobs, it allowed me to make a relatively smooth career transition.

8. Don’t let your pride or shyness get in the way of asking people to introduce you to other people. The worst that can happen is they’ll say no.

9. Getting to a place where you can actually give a favor back to someone who helped you out is the best feeling in the world. I am far from a ~success~, but I am now someone who can occasionally share contacts with some close friends, instead of just receiving helping hands. And that’s something that makes me feel really good.

10. I’ve learned to say no to plans when I’m feeling financially stressed. This is not a professional lesson per se, but learning to adjust my life to my budget has really helped my stress level. Honestly, I gave up my rights to reckless spending when I quit my full-time job because, for the first few months, I couldn’t work any excessive spending into my budget. My alcohol tolerance is much lower than it was last year because I cut buying drinks at a bar out of my budget for the first couple months of my freelance life.

11. My initial plan when I quit my full-time job was to land another full-time job a month later. I had a couple good leads, and while I didn’t feel super confident, I knew I had a chance. Needless to say, the leads did not pan out. However, I ended up making more as a freelancer than I would have at either of the full-time jobs I was initially pursuing, and not taking a new full-time job encouraged me to keep growing my portfolio (which is how I first came to submit to TFD!).

12. Being transparent about your mistakes is better than hiding from them and waiting for someone else to notice.

13. You need to give yourself time away from your computer every day. On some weeks, I do at least some work every day of the week. Part of the nature of my work requires me to put in at least a few hours on Sunday, but I’ve learned to try to give myself Saturday completely away from the computer, even if that means I have to work later on Friday, or for a few more hours on Sunday. Though making Saturday a computer-free day isn’t always possible, I think we all function a bit better if we give ourselves at least a brief respite from starring at a screen.

14. If you spend enough time understanding how people you admire are so good at their work, it will make you a better worker.

15. I’ve learned to appreciate the value of professional networks on social media. I’ve never been great at networking, and I especially shy away from digital networking. However, I’ve been a part of a few writers’ groups on social media for a while now, and I’ve found it incredibly helpful.

16. I have never been a “throw yourself into the deep end”-type person. I don’t like water. I don’t like the unknown. I have always had a hard time with articles that tell you to quit your job with no backup plan, and at any given moment, I have eight backup plans or side hustles in the works. But in the last year, I’ve learned that sometimes pushing yourself into the unknown can force you to find your way.