21 Truths I Discovered Since Moving To The Big City 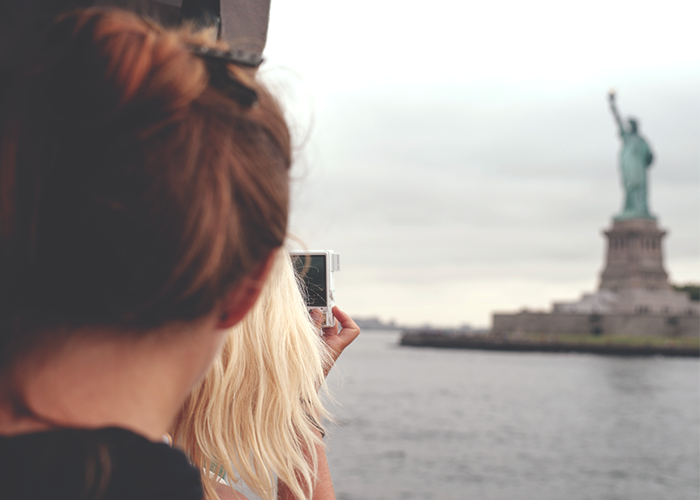 About seven months ago, I made the move from a tiny suburban town in New Jersey to the Big Bad City. The past seven months have been an  amazing whirlwind, and I feel wholly satisfied with where life is headed — even if I’ve had some serious missteps along the way. I’ve learned a lot about myself and the city around me, and I wanted to keep track of these lessons. So here are the #important notes to my past self about the transition from living in a small town life to my new not-quite-Carrie-Bradshaw life.

to fit inside your teeny living room is a more difficult task than you could have ever imagined…especially when there is only ONE wall in your entire place to put it against.

2. Operate under the assumption that you’ll miss your train/bus etc., because the subways are always running late. PAD YOUR TRAVEL TIME.

is necessary — you will hear couples having sex with their windows wide open, and you’ll (shockingly) be unable to fall asleep.

4. Grocery shopping trips go from fun to downright painful when you have to carry everything to your fourth-floor walk-up apartment.

5. You’ll actually MISS DRIVING A CAR. Yes, it was once the bane of your existence, but now there are times when you daydream about being alone, blasting music in a car, and driving on the ~open road~.

6. You won’t have the social calendar of Carrie Bradshaw. Though you assumed that when you moved here life would transform into a haze of swanky parties, glittering heels, and fAbuLoUs bRuNcHeS, it turns out that all of it is extraordinarily e x p e n s i v e.

7. NYC apartment prices mean sharing ONE closet between you and your significant other. Being organized

is essential if you don’t want to slip into joint insanity.

8. You’ll have to invest in furniture pads

so that tables and chairs don’t make god-awful scraping noises. It’s a great way to avoid getting yelled at by your downstairs neighbor (which happened three times before you bought them).

9. Expectation: Weekends would be spent gallery-hopping around Chelsea, while you discovered all the treasures of the art world.  Reality: You’ve been to the MoMA twice.

10. Coming from a small town in the suburbs of NJ, where EVERYONE knows your business, having complete anonymity feels awesome!

12. Contrary to the romantic notion of ~cities in the rain~, rainy days mean the whole city smells like wet garbage and sewer water. (Also, buses WILL splash epic-sized waves of water on you if you let your guard down.)

13. If you don’t keep track of your Metro cards, you’ll inevitably end up standing there swiping at the turnstile trying to figure out which card actually has a balance (usually as you watch your train pull away).

14. Seeing rats will no longer shock you. In fact, you’ll come to appreciate the tiny mice you used to think were scary.

15. You need to seriously budget for the amount of it’s-very-late-and-I’m-too-afraid-to-walk-home-alone cab rides you’ll take.

16. It’s far too easy to absent-mindedly watch people out of your kitchen window when there are 30 different windows to choose from. This doesn’t necessarily make you a creep.

17. Your relationship with the guy who washes and folds your delicates will be one of the most intimate ones you’ve established.

18. You’ll bond with people on line at the post office about how much the neighborhood UPS delivery guy sucks. (This provides an incredibly specific-yet-special bond that you never knew existed.)

19. Friends will come in to visit, and you’ll find yourself defending parts of the city you never expected to, like the corner bodega deli and the guy across the courtyard who sings opera at 8 am.

20. Going back to the suburbs would make you feel like you won the damn lottery, because cocktails are so cheeeeeeap.

21. You never knew how precious a mere two feet of fire escape could feel until you lived in a 300-square-feet of living space.

22. Bottomless brunch is very much a thing (which doesn’t exist in the suburbs), and you’ve never been so thankful to be able to walk home afterward.