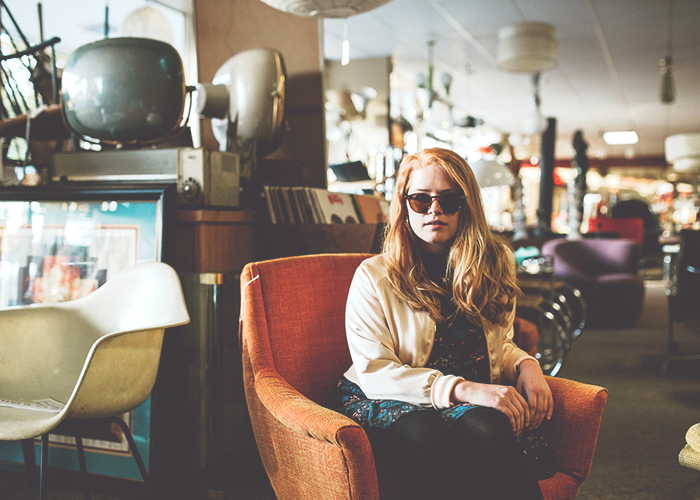 I’m officially in my last month of being 24. I love birthdays and getting older — something that’s easy to say when you’re in your mid-twenties, I realize — because of the built-in opportunity to look back at where you were last year and say, hey, I’m not doing so bad. Or, they’re a natural reset button, if that’s what you need. I love that my birthday happens to fall very close to the end of the year. Everyone is already in restart-mode, making resolutions to eat healthier and actually use their gym memberships, so turning older at the same time and resetting my own life feels that much more fitting.

It’s hard to feel optimistic at the state of the world sometimes, but I can’t help but be grateful that it’s mostly been a good year for me, personally. I took a few wonderful trips, and hit some important financial milestones, like making contributions to an IRA and establishing the beginnings of an emergency fund. I randomly went on a Tinder date for the first time in over a year, which turned into a wonderful and fulfilling relationship (and a newfound love of cats). And, most relevantly, I began working for a website that was already one of my favorites, at a time that personally and professionally could not have been better.

But that doesn’t mean I don’t still have things I want to work on, and goals I want to accomplish. I’m not where I’d like to be financially — something that both is and isn’t in my control. I know we’re all in different spots, and my money goals for the year I turn 25 may seem tiny or highly ambitious, depending on your own situation. I’m not here to tell anyone where they should be by their mid-twenties, but I think writing out your own goals and reading those of others your age can help anyone determine where they’d like to be. So, with that in mind, here are some goals I’m setting for myself — both large and small — as I enter this new chapter.

1. Set up an automatic contribution schedule for my IRA. My income fluctuates, but I am aiming to get to a place where it is steady (and predictable) enough that I can set-and-forget my monthly retirement contribution.

2. Use my goddamn punch cards. I go out for coffee relatively infrequently, but I love working in my favorite local coffee shop every once in a while — and almost always forget the many punch cards I keep in my wallet, basically giving up free coffee.

3. Drink less. It is easy to drink alcohol on a frequent basis when you live in a city where the idea of having a car is essentially laughed at. I’m not getting sloshed on a regular basis, but I know that alcohol is a part of my budget where I can greatly afford to cut back (a post about which is ~forthcoming~).

4. Simplify my side hustles. I supplement working for TFD by doing a fair amount of freelancing, and it can be a drain to constantly be searching for projects, especially when I’d rather dedicate my mental energy to this site. So I’m making it a goal to find one sustainable side project to hopefully supplement my income long-term (a little lofty, but I can try!).

6. Go on a big trip. I haven’t travelled out of the country since I did an internship abroad in college. Since graduating, it’s of course been more important for me to make rent every month than it has been to travel. I’m making it a goal to save up enough to see somewhere totally new this year.

7. Order from Seamless once a month, max. I’ve gotten much better about this kind of bad habit, but I still want to eliminate ordering food as much as possible. I love going out to eat, but ordering takeout doesn’t give me any sort of pleasure that I can’t achieve by making my own food or eating leftovers.

8. Be better about my freezer. I’ve also recently been getting more into cooking foods that freeze well (like soups), because I can enjoy the leftovers for a good long time, and have something to resort to when I’m not in the mood to cook anything.

9. Stop the transfer-shuffle between accounts. By which I mean, the transfers between emergency savings and checking that are the results of poor planning rather than an actual emergency.

10. Invest in a nice item that I will get a ton of use out of. My favorite item I’ve ever owned is a brown leather purse that I use constantly. I want to get out of the cycle of owning things I don’t use nearly enough, and start making it a point to invest in quality above everything.

11. Continue being the kind of person who makes the bed everyday. This is a little embarrassing, but I’m very inclined to be messy and let clutter accumulate everywhere, and I’ve only recently started combatting this. I’m much more productive when the area around me is tidy, and since I work from home a lot, this is pretty important.

12. Minimize my grocery budget. I love cooking at home, but I also sometimes feel like I’m spending too much on groceries. I’m trying to cut back so that I can save more, but also make more room for fun things (see next goal).

13. Make more room for luxuries I care about. One of my favorite things to do in New York is also one of the most expensive — see Broadway shows. There are many ways to see them on a budget (bless you Broadway for Broke People), but even getting to see several shows in the cheap seats adds up. But this is something that makes me ~super~ happy, so I want to make it a more regular occurrence. Ditto for dance classes: they’re expensive, but they put me in the absolute best mood.

14. Get an at-home fitness routine down. I realized recently that the reason I hate the gym is not the exercising (or the paying for it), it’s the being-around-other-people part. I don’t want to be working out and feel like some dude is staring at me, even if it’s just my own paranoia. I recently started doing more yoga videos at home, and I plan to invest in some weights, so that I can get back into the swing of regularly working out — and also save money.

15. Pay off my credit card debt. I have technically 15 months left to pay off my balance transfer cards, and paying the same monthly payment feels very manageable. So I’m not planning on having it completely paid off, but I want to be sure I’ve paid off all that I’ve planned to within the next year.

16. Make actually saving what I “save” a regular habit. Aka, if I “save” $20 by buying something that was originally $100 but 20% off, I want make it a regular habit to actually deposit those savings in my savings account.

17. Revisit old hobbies. I have bags of craft supplies I hardly touch anymore. I’ll never be Queen of Etsy, but I miss making things for my own enjoyment. Plus, a night spent watching 30 Rock and making a linoleum print is pure, cheap bliss.

18. Start volunteering again. When I first moved here, I volunteered often, as a way to meet people — at a non-profit bookstore and for a few tutoring/mentoring organizations. I couldn’t give money to these organizations, but I could give my time, and that’s something I want to start doing again.

19. Cut out subscriptions I truly don’t need. I already cut out Spotify and I’m not looking back — but there have to be others I just don’t use enough. Small monthly payments don’t feel like much, but an extra $100+ in a year that could be put towards traveling does.

20. Build up emergency savings that cover three months of expenses. In an ideal world, I want to have six months of expenses built up. But I’m starting smaller, because setting too large of a goal — for me — makes me feel more intimidated and less likely to work towards it at all.

21. Open a higher-yield savings account. This is something I actually read about on TFD a while ago — there are some online-only savings accounts with much higher interest rates, like Ally or Barclays. I mostly haven’t opened one out of laziness, which is…not good.

22. Learn a new skill. I don’t know what this will be yet, but I want to do something — like revisit my rusty Spanish, or learn more about coding via Code Academy — that could give me a higher earning potential in the long run.

23. Clean out everything. I have so, so many clothes I do not need, and not very much space in my apartment. I’ve actually been keeping a running list of every area of my living space that I want to clean out by the end of the year. Hopefully, talking about it here will actually hold me accountable enough to do it!

24. Increase my monthly donations. This is pretty straightforward: I do give some money to charities and organizations I believe in, but not as much as I’d like to, or feel like I should.

25. Invest in something I really believe in. Finally, I want to start investing in something with a mission I really care about. It’s a smart move to invest in order to set yourself up for the future and retirement, but I want to take more control over where I’m putting my money.

These goals are, of course, aspirational — I’ll be pleasantly shocked if I’ve managed to do every single thing on this list by this time next year. But I also know that saying them out loud — or writing them — is the first step to making them a reality.