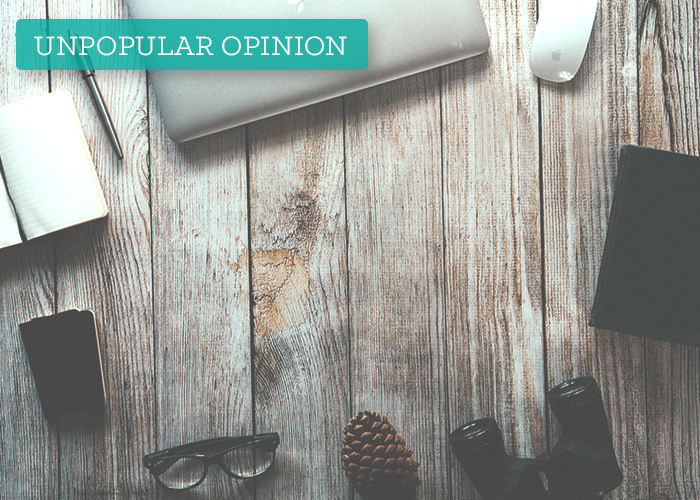 By the time I finally began facing my financial problems, both my federal and private student loans were in default and had gone to collections. At this point, my credit score was in the tubes and my financial landscape was bleak.

The private student loan, for reasons I’ll never understand, collected interest and late fees for a while, but once it was transferred to collections, the balance became static, which meant the total amount I owed would no longer grow no matter what payment arrangement I set up. I received a letter offering a settlement at less than full balance, but I had no incentive to do that since it had stopped gaining interest. Instead, I called to set up a repayment plan. The debt collector opened the negotiation at a four-year repayment plan, which I countered with a two-and-a-half-year arrangement that corresponded with my goals. I made a small good-will payment of $100 that first month and now make more sizable payments monthly. This was easy enough to fit in my budget and my timeframe, and I’m relieved to be back on track.

The federal student loans are another story. I owed a much larger amount on the federal loans ($21,354), and the interest was compounding daily. The debt collection agency offered me several options to repay the debt:

2. Settle for less than the full balance, paying $17,250 (about 80%) and being forgiven on 20%, if I could pay the full 80% over the course of three months, during which time the debt would gain interest.

3. Establish a rehabilitation payment plan for a period of time to get me back on the original repayment trajectory, with continued interest accrual.

I chose the first option, but it wasn’t an easy decision to make or implement.

Accepting the settlement offer was a risk to take in and of itself. The amount of the loan that is forgiven is reported as income in 2016, and is therefore subject to taxation, so the discount is not quite as large as it appears on the surface (there’s always a catch, isn’t there?). The deal is also reported to credit agencies and will negatively impact my credit score for at least seven years. Since my credit score is already pretty terrible due to defaulting on the loans in the first place, as well as other credit mistakes I’ve made, this was worth the risk to me to save the money on debt repayment. Here are the questionable risks I took in order to pay off 75% of my loans in a month.

In order to get the money for the settlement, I did something that will almost certainly make you cringe: I cashed out my retirement account from my previous employer. I know, of course, saving for retirement is extremely important, and I certainly don’t recommend this option to anyone. This was a huge risk. Right off the bat, 20% of my retirement account balance was withheld for taxes and couldn’t be used on the debt payment. Not only that, but because I withdrew the money before I was eligible for retirement, I will have to pay a 10% penalty tax at the end of the year as well. Ouch. Knowing all this, I justified this risky move for several reasons. First of all, I am currently paying 11% of my income into my current retirement plan (unfortunately, my employer doesn’t match anything). Secondly, even though I’m taking on the extra taxes from the penalty (and the forgiven amount), it’s still a savings over paying the full balance on the debt. And third, a priority for me is expediting my financial freedom, and I feel that I have a long enough time before retirement to build up my new 401k.

2. I borrowed money from family.

One other thing I had to do to make the payment is borrow money from my mom. This was a risk of a different kind; I felt like I had to risk my credibility as an adult and sacrifice a little of my independence. It was tough to ask her, but I am very lucky (and grateful) that she was willing and able to support me in this way, because I know that it is not an option for many people. I set up a repayment plan with her and began making payments to her the following month.

It’s worth noting that even if I chose to take the settlement that involved paying 80% over three months, I would still have had to resort to the same measures to make the payment; I couldn’t earn enough in the extra two months to make up the difference. Also in going this route, I was able to preserve my newly-established emergency fund.

3. I voluntarily got more money withheld from my paycheck for taxes.

When I met with a tax preparer for my 2015 taxes, I disclosed all of this information to her so that she could calculate what additional taxes I’ll owe for 2016. She did a projection of my tax liability and recommended that I have an additional $60 of federal tax and $40 of state tax withheld from each paycheck from my full-time job, which amounts to $200/month. My budget had to be adjusted to make up for this, but it’s doable and worth it to me to have one of my major debts eliminated.

In 2017, I plan to cancel the additional tax withholdings, but since my monthly budget will have already adjusted to being $200 lower, I will increase my retirement contributions by at least that much to begin making up for the retirement funds I spent reducing my debt.

If I had found TFD before taking these risks to pay off my debt, I may have done some things differently. I’ve learned a tremendous amount about personal finance in the past few months since I paid off that student loan, but there’s nothing to be gained about agonizing over “what-ifs.” That being said, I still don’t actually regret the steps that I took. I’m in a much better financial position than I was even a year ago, and I’ll continue to strive to make smart decisions going forward.

*Willa prefers to use a pen name.