3 Common Hiring Scams To Watch Out For On Your Search

As I’m sure most people are aware, the current job market is a strange and difficult field to navigate.  When I graduated in May of this year, I knew it was going to be a lengthy and difficult process to find employment in what I had majored in — Communications.  This, coupled with the fact that I graduated abroad and would be moving back to the States (in the middle of a pandemic), left me with a mixture of pessimism and imposter syndrome when entering the U.S. job market.  These concerns prepared me for the inevitable let-downs of being a recent grad trying to break into my field of study.  However, what I was naively unaware of was the amount of scamming and unethical hiring practices that occur in the online job-hunting space. 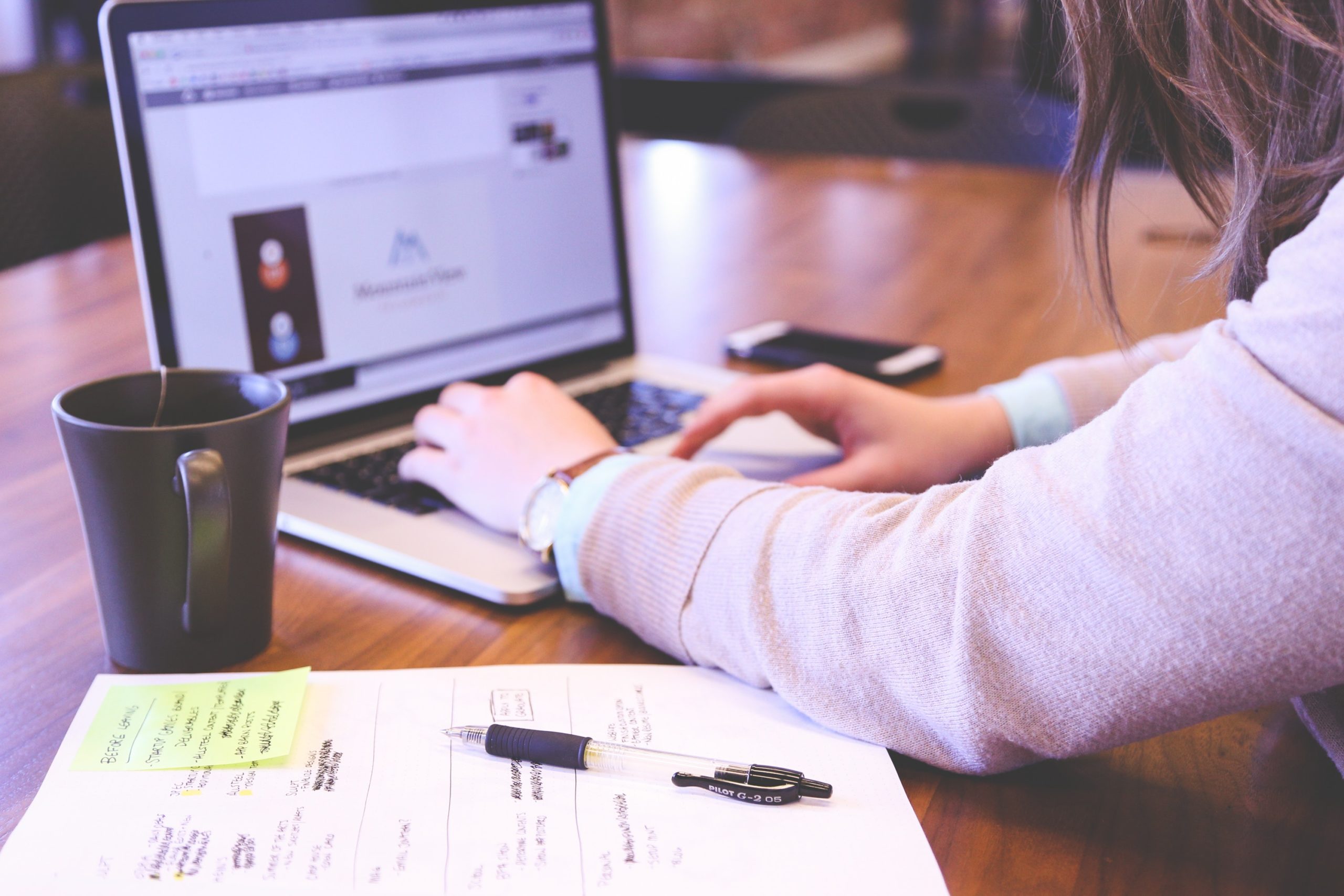 Leading up to graduating and the inevitable job search, I was diligent in listing my resume on all possible job websites.  This is a basic and important thing to do, but it doesn’t come without all the negative side effects of the internet. In publicly listing your resume and contact information, it opens the door to be contacted by anyone – legitimate or otherwise. Initially, I was optimistic about having my skills publicly searchable online, and I even received some genuine inquiries. However, it didn’t take long before the less reputable sides of the web crept into my inbox.

The first example of a “scam job” I encountered was blatantly dubious from the get-go.  I received a text message from a number I didn’t recognize, claiming to be the “Administrator Recruitment Secretary” of a well-known brokerage firm in New York City.  This message claimed that their human resources team had reviewed my resume, and would like to schedule an interview in regards to a translation position in their accounting department.  A cold contact like this via text would set off alarm bells in anyone’s mind, but given my lack of optimism on job prospects, I decided to play along and see what the deal was.  I agreed to the interview and was told I’d be contacted by an HR Coordinator via Skype.  This “HR Coordinator” did reach out to me via Skype, using the name of one of the executives of this firm.  I nearly laughed my laptop off my lap when I realized this. I may be just entering into the corporate world, but what brokerage firm executive would be handling HR recruiting?  At this point, I knew I was in for a real comedic chat. This person then proceeded to give a vague job description, and sent me an email with a “contract of employment” attached.  This email sought information such as previous employers, a copy of a driver’s license or ID, and social security number.  This obviously cemented the fact that this is just a phishing scam, and I quickly reported them to the job listing site and the firm they were impersonating.

This type of scam is easy to spot.  From the jump, the forms of contact used were not typical of industry standards, namely reaching out via text and Skype, and emails sent from a website one letter off from the actual firm’s website.  In addition to this, they made several errors regarding the time of day, signifying that they are not located in the time zone they claim to be residing in.  And finally, the most obvious factor, asking for information they could use to steal your identity. It leads me to wonder, even with all these red flags, there must be unsuspecting people who fall for these practices if they’re still occurring.  After this experience, I was sure to thoroughly research any potential employers, and only reply to these types of communications if I need a good laugh and have time to waste. 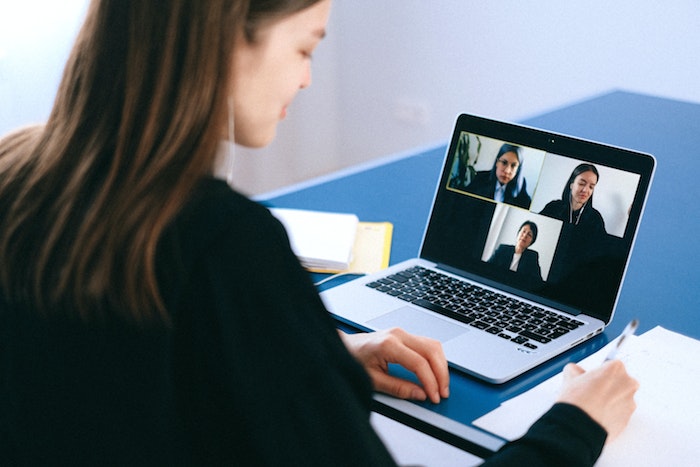 For recent graduates, breaking into the field you studied can often feel like throwing your resume into a giant stack of other, more qualified resumes, and hoping someone sees it.  Because of this, receiving an ‘interested’ response from an employer is enough to put a smile on any 20 something’s face.  Sadly, in this case, my smile didn’t last long.

I had received a response for an “Entry Level Marketing” job I had applied to and was ecstatic.  I promptly responded and scheduled a Zoom interview to be held a few days later.  Upon joining this “interview,” it was quickly explained that it was a group Zoom call, consisting of about thirty potential applicants and a representative for the company.  The company rep. spent about 10 minutes explaining a little bit about the company’s origin and what they do, sent all applicants a questionnaire to complete, and ended the call.  Being new to the job-seeking world, and with the current pandemic, I didn’t think much of this strange Zoom meeting.  I completed the questionnaire and then a one-on-one interview was scheduled with one of their recruiters for the next day.

This one-on-one interview turned out to be a forty-minute Zoom call in which another recruiter presented a PowerPoint about their company structure, and what they were looking for in potential applicants. This presentation initiated some wary feelings in me about this company, especially because it was explained that all employees start out as an “account executive” and work up to communications and marketing positions over time. Following the video call, I was sent another questionnaire, this time with the opportunity to ask questions, one of my main questions being, “What exactly is an ‘account executive,’ and what is the starting salary for this position?”  A few days later I received a call from an entirely different recruiter who explained that starting out, the position would be in a retail setting selling telecommunication products like cable and internet provider services.

I have no qualms with sales positions, it’s a great skill to have, but my frustration in that moment was with the inaccuracy of the job listing. I then asked the recruiter what employees in that position make, to which he responded that there is a base pay of $250 per month, with the rest of the income to be made via commission from sales.  I nearly dropped my phone when I heard this. Not only was the position not what I had applied for, but it also wasn’t guaranteed I’d make enough for it to even be worth my time commuting to it.  I gathered my thoughts quickly and told the recruiter “thanks” for his time, but that I was no longer interested in the position.  Following this, I noticed a few other positions that turned out to be a similar situation, however, luckily I was able to spot them much earlier, and not waste as much time.

After this experience, I have heard from various other people that they have encountered similar scenarios. These types of job listings can be easy to spot if you know what to look for.  Be careful of job listings that use clichés in their title such as, “entry-level opportunity” or “perfect for recent grads.”  In addition to that, be wary of anything claiming to be a marketing or communications position that has multiple job responsibilities – that sounds more like in-person sales than marketing communications.  It’s also important to consider the company’s interview methods.  A large group Zoom “interview” can usually suggest that they have high employee turnover, or there is some reason that a majority of candidates won’t be interested after finding out more information. And finally, if it is suggested that in the future one of the responsibilities of the job could be recruiting new people, and it’s not specifically an HR position, it’s probably not the opportunity you think it is.  With these tips, hopefully you can avoid getting your hopes up for something that’s too good to be true like I did the first few times. 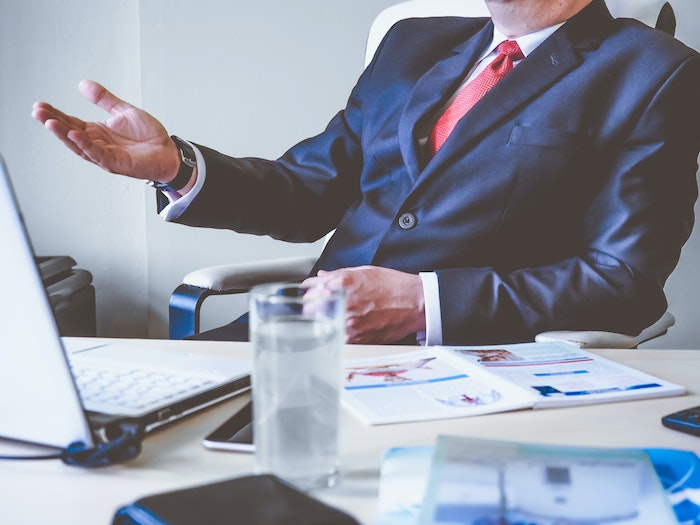 This last example is a bit of a head-scratcher. Sometimes there are jobs or companies that just don’t seem right, and their intentions are not clear. I applied to another marketing communications position with a company branding itself as a marketing and advertising firm.   eventually got a response and a Zoom interview was scheduled.  I researched this company in preparation for the interview and found their website had many incomplete pages, no listed executives, and an address that when searched, was actually a pet supply store.  This all seemed strange and definitely made me put my guard up, but I had already scheduled the interview, so I decided to test it out.  When it came time for the interview, I received an email saying I would receive a Zoom invite, which never came.  I replied to this email asking if the meeting would still be occurring, and never received another response from this company.  I am not sure what the goal of this encounter was, and later this company’s page on the job listing website was deleted.  It still confuses me what they were trying to get out of the situation.

Whether you are seeking to apply to a position at an accounting firm, or a job at a local retail store, always research who you’re applying to, and be smart with your personal information. If a company is withholding information about themselves, be cautious about sharing your own information, especially if everything has been conducted online. Lastly, a company’s website and method of conducting themselves can speak volumes.  Is their website professional, sufficiently informative, and in working order? When recruiting and conducting interviews, do they follow industry standards?  Asking these questions is a great way to avoid wasting time on non-opportunities that could be better spent elsewhere.  Don’t be afraid to go with your gut –  if you get a feeling something is too good to be true, it probably is.

Owen is a recent college graduate, with a main focus and concentration in Mass Communications. She recently graduated earlier this year abroad and moved back to the states in May.