3 Crucial Money Moves I Didn't Learn From My Parents 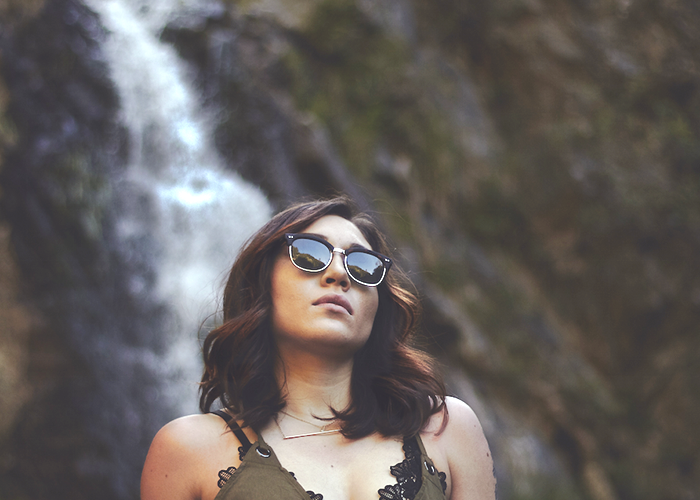 Growing up, I always remember my parents being broke. Let’s be clear right away that we could have been worse off — we weren’t living under the poverty line, I always had a roof over my head, and shoes on my feet. However, luxuries were hard to come by. I qualified for a discounted lunch price at school, and we never took a family vacation. I distinctly remember once asking if I could go see a movie with my friends, and my mom told me she didn’t have enough money for me to pay for a movie ticket. It wasn’t fun being told, as a kid, you couldn’t do some of the things your friends were doing.
They racked up credit card debt, got caught in medical bills without insurance, and splurged on things when they shouldn’t have. And eventually, they divorced. Money was a huge point of conflict in their marriage.
I don’t remember exactly when it happened, but I decided I was going to do everything I could to not end up in the same situation. I know it was before I became a teenager, and definitely before my parents were forced to declare bankruptcy when I was in high school.
I didn’t want to live the rest of my life paycheck-to-paycheck.
Fast forward a few years. I’m now a young adult, out of college, living on my own, and working a full-time job. I have some debt — mainly student loans — but I’m in an okay place financially. I (co-)own a home, I’m able to take vacations every now and again, and I usually don’t have to worry about making sure my bills are paid on time.

I have a while to go before I feel comfortable financially, but I feel confident about my decisions. Here are some of the things I’ve done to try to be smarter with my money.
1. I learned basic financial information
I knew if I wanted to be smart with my money, I had to start learning about basic financials early on. After I got my first job in high school, I had my dad take me to open a checking account, and I learned about deposits, checks, and overdraft fees. When I was getting ready for college and applying for financial aid, I took loan counseling classes and learned about what I was getting into by taking out loans. Then, during college, I opened a credit card and read about interest rates and how late payments affect credit scores.
By the time I graduated college, I had a pretty good handle on basic financial skills. I felt confident when I opened a new credit card, chose my student loan repayment plan, and even when I was buying a home.
2. I always put my bills first
Late payments are one of the most terrifying things to me. I know what late payments, defaults, and credit bureaus are, and I don’t want to deal with any of them. I have alarms set on my phone calendar to notify me a day before each of my bills are due. My bills take priority over everything else. Because if I can’t pay my debts, I shouldn’t be spending money on anything else. When I have a little extra money, I overpay my student loans, because I want to have those paid off as soon as possible.

3. I got a financial advisor
Shortly after starting my first full-time job out of college, I was lucky enough to have been approached by a peer who was a financial advisor. Before then, I didn’t really know what a financial advisor did, and would probably have never considered one. I assumed they were for rich old people who invested large amounts of money, but I found out that wasn’t the case at all. He asked me about my goals — not just financially, but my general life goals. He helped put together a plan to get me to my short- and long-term goals. And when I got a new job, he advised my how to handle my new benefits package — from additional insurance options to how I should handle my 401(k) investments.
In the end
Even though I’m handling my bills and other debts, I’m definitely not perfect. I took out a loan on a new vehicle, which I didn’t necessarily need, but was worth it after years of repairs on my beater car. I’ve got a small credit card balance I’m working to pay off, thanks to a careless driving error (in said new vehicle) I made months ago — and the insurance deductible that came along with it.
I still regularly refer to myself as “broke.” But I remind myself that I’m short on money now because I’m working towards later — when I pay off my student loans and car loan, and when I retire. And it’s worth it.
Nichole Wierzba is a marketing writer by day and freelance writer by night. When she’s not madly typing on her computer, she’s eating Mexican food or playing with her dog.