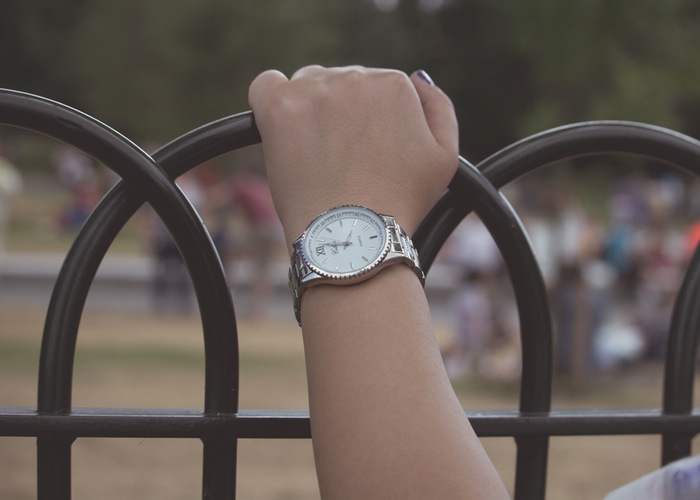 I am a 24-year-old post-grad living in a major city, which makes me either your peer, your subordinate, or your next cautionary tale. The first two years of post-grad life, in my opinion, can feel a lot like a Miley Cyrus song. You hop off a plane at LAX with dreams and a cardigan, but then what? You’re consumed with wonder, optimism, fear and the determination to land your dream job. And because you’ve seen those lamented inspirational posters in your advisor’s office for four years, you know if you believe, you can achieve! Instantly!

In the last two years, I can’t say that I haven’t achieved some cool “dream job” gigs; I’ve been published on some great websites, and held down prestigious, resume-building internships. But between those jobs, my will to make it by myself, and my “can do” attitude, I was “noddin’ my head like yeah” and drunk with naive confidence. It’s the kind of confidence that allows you to turn a deaf ear to more experienced professionals and parents reminding you not to repeat their mistakes. Don’t live beyond your means, they said. Don’t pick a crappy benefits package, they said. Dress for the job you want, not the job you have, they said. Did I listen to any of it? Absolutely not. Was I smart to “trust my gut” and do it my own way? In my case, not so much.

Along with the aforementioned highs, came some shitty lows sung to the tune of a different Miley Cyrus song — “Wrecking Ball” comes to mind. I compromised my mental health, lived paycheck-to-paycheck, made enemies, and believed that everyone in Corporate America was as bright-eyed and honest as most of my 20-something friends. Here are three lessons I learned the hard way, so you don’t have to.

1. Know your (monetary) worth.

I apologize if this sounds like the beginning of an awkward and impromptu mother-daughter bedroom conversation, but it’s honest advice. As a recent graduate, it’s common to feel as though taking the first job offered is the right thing to do. I can relate — I didn’t want to live at my parents’ house or stay on the beaten job-hunting path any longer than I had to. Consequently, I spent my first two post-grad years taking jobs I was less than excited about (and would later quit). I also had instances where I accepted a salary I knew was unfair. In my opinion, professionals who have more than entry-level experience should not accept an intern salary.

Much like a romantic relationship, a working relationship starts with great first impressions and opportunities for growth and mutually-beneficial perks. (i.e., after three months, they will consider bringing you on full-time, or they may give you a new title after the first year). Here’s a question: How often does a guy you start dating swear he’s good for his word, and wind up being a f*ckboy? Well, I think it’s similar to the rate at which employers searching for new talent make good on their promises. Some will honor their word, but some will just make you empty promises. And how they treat you speaks louder than your contract. Once you determine your worth, honor it. If you have two years of experience, a kick-ass portfolio full of great material to show for yourself, and know that someone with your experience should be making at least $40,000/year in your industry, don’t short-change (no pun intended) yourself because you want any job.

I currently live in Dallas, a city with one of the top employment growth rates, and roughly a zillion new residents. I’ve learned that one bad job can follow you, even when you don’t expect it. I interned at Match.com one summer, nearly two years ago. To this day, each time I interview with a company — big or small — someone has known a former coworker of mine, and I would be naive to think they did not receive an email asking what I was like to work with. With this in mind, I would advise keeping things professional at all times. Be selective about who you spend time with outside the office, and always do your best to leave on a good note. A mentor once told me, “You’re not working for a paycheck, you’re working for a reference.” (You’re actually working for both.)

3. Take advantage of the benefits offered to you.

It’s easy to feel invincible in your 20s. A 401(k) sounded like a foreign language to me, and I was still calling my parents to ask whether or not I should claim myself as an independent. Do not make the mistake I did in choosing the much cheaper (shittier) benefits. The reason is obvious; you never know what could happen. And I’m not suggesting something tragic. Coming down with the flu can require you to go into the doctor or get antibiotics (i.e., spending money), or miss an entire week of work (i.e., losing money, in some cases).

On a more escalated scale, I recently was with an employer with no benefits. And I have ADD and depression, and take medication for both. That was until I could no longer afford my medication out-of-pocket. The story ends with me getting a new job with great benefits, but the choice to stay with an employer with no benefits cost me my mental health for a while. Consider your benefits as important a factor in deciding to take a job as PTO, salary, and corporate culture.

Jazmine Reed is embarrassed to admit her bank account is flooded with Taco Bell and premium Kardashian app purchases, but she’s working on it. Read more at JNReed.com.