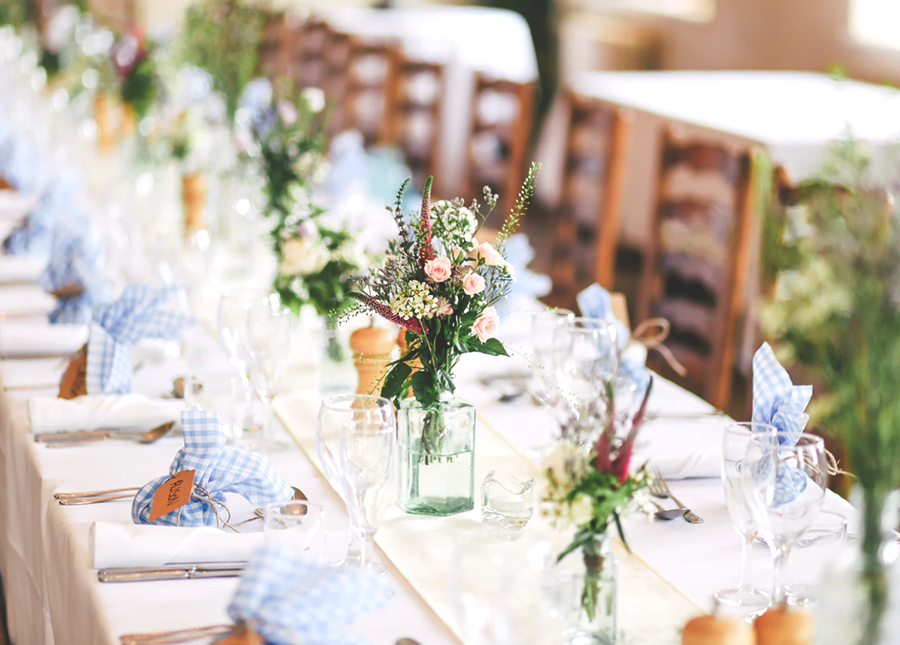 Last summer, on the same day we took possession of our new house, The Boyfriend became The Fiance, and we got engaged. Which was, let’s be real, the easiest part of planning our wedding, at least for me. All I had to do was say yes. I’m definitely excited to be getting married, and there are a lot of parts of the wedding I’m really looking forward to, but let’s just say planning a giant event is not my comfort zone. Especially because I’ve never done it before!

So I’ve leaned heavily on some great resources, and advice from people who have already done it, and one of the key things that has (of course) been of particular interest to me is the budget side of things. Weddings are expensive, and even as someone who was pretty sure she was going to spend like, $2,000 on her wedding…I am spending more than that. Luckily, even though we’re planning to spend more than a) I planned, or b) we planned when we sat down to naively estimate what things would cost, I’m not spending more than we saved because we aimed high.

I’ll count that as piece of advice #4 for wedding budgeting, to be honest: if you have a rough estimate for how much you need to save, try to save a bit more than that for the inevitable expenses that pop up late in the game. So even though our budget shifted to accommodate new costs, we still have the money saved, and we’re able to stick to our wedding budget in that we’re still going to be able to pay for everything upfront. Here are the three key pieces of advice that helped us do it.

When you’re making decisions about your wedding, it helps to have the numbers before you sign on the dotted line. Which like, duh. But there are some segments of the wedding industry where transparent pricing isn’t A Thing. This isn’t to say that you should expect every vendor to have their prices posted on their website, because many of them will have really legitimate business reasons not to, but you should expect clear numbers when you ask for them in person.

Chelsea breaks this down and offers other great advice in one of my favorite videos in recent memory. The specific example she uses in the video that really resonated with me was choosing a meal. If you’re presented with two options, and you like them both, don’t be afraid to ask how much each one costs. Even a $10 or $20 difference per plate, multiplied by the number of guests you have, can result in thousands of dollars of extra spending. That you could have avoided if you like both meals equally!

We did exactly that when we bought our wedding rings. There were two metals that The Fiance liked for his ring, and he straight-up asked what the price difference was, because that was a factor in making the decision. The information helped us make a better call about which one was really the right ring. (And note, I didn’t say whether we went with the cheaper one or not. Knowing the price is important even if you go with the more expensive option, because you’re making an informed choice to do so.)

The wedding blogosphere is way bigger than the personal finance blogosphere (and let’s be real, they have way better photos) so just like with money, there are a lot of Opinions out there about how to do things the right way. One of the opinions that I’ve read several times is that you should figure out your budget first, and then plan your guest list.

Luckily, A Practical Wedding exists, and they recommend the exact opposite. No, they’re not saying you should make your decision about how much to spend based on your guest list, but they are saying you shouldn’t put yourself in a place where you’re cutting people you really want to celebrate with because you chose an expensive meal.

“People first. Figure out who you love and want with you on your wedding day. Then figure out how you can afford to host them.”

This advice is from A Practical Wedding Planner, which is a book I would recommend to literally anyone diving into the world of weddings. It is the real-talk, clear breakdown of what you need to know as you make key decisions, and it even helps break down the rough order you should make those decisions in.

3. You can have the things that matter, but you can’t have all the things

Would I love to have Instagram-worthy flowers all over the place at my wedding? Of course. Is it a priority? Not more so than All of The Things we’re already spending a ton of money on.I know, because recently, I had a bit of a classic Instagram panic. You know the one, where you think you absolutely need to spend money on something to look a certain way, or else everything will be ruined? It was that, but for flowers.

I was all set to justify spending more than we had planned to get professional help to make sure everything looked perfect… but luckily, before I did, I went back and looked at our budget. Seeing how much we were already spending on the things that really matter to both of us — having family and friends celebrate with us — was enough to snap me out of it. I’m already getting the things I really want, and when it comes down to it, I both don’t want to trade any of those things for fancier flowers, and I don’t want to spend any more than we’re already spending on a party.

And as with any budget ever, there’s only so much money you have to spend. Making choices to spend it on the stuff that you care about most, and then not spending more than you have on other things, are really the two budget skills you need for a wedding budget or anything else. (But obviously, that doesn’t make anyone immune to the Instagram panic. Case in point, me.)

Any other wedding budget tips you’d add? I’d love to hear them!