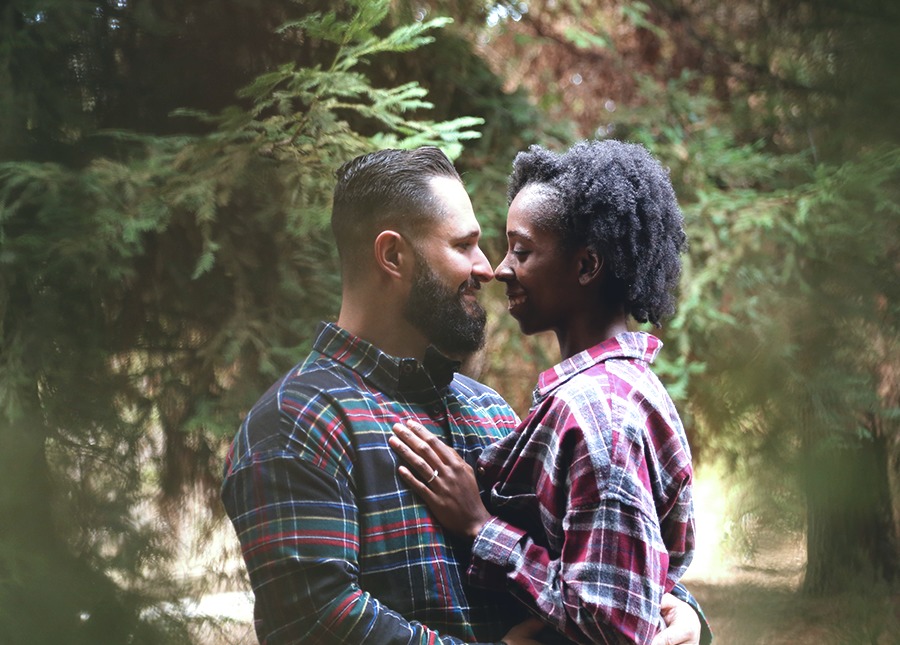 Brought to you in partnership with Policygenius.

1. “How are the financial decisions we’re making today going to affect our future?”

The most exciting thing about committing to someone is also the most terrifying: your future is now their future. Whether you’re going halfsies on a house, a dog, or even a particularly pricey mattress, you’re taking on those decisions together. Which is why we argue that, as boring or grown-up as it may seem, having a solid financial plan really is one of the most romantic things you can do for someone (you heard us, Victoria’s Secret). We also believe that it’s not a bad thing to have a healthy sense of fear around not making choices that would put your partner in a bad place — today, tomorrow or twenty years from now. Of course, that means having the basics established like retirement savings, health insurance, and a plan for paying down your debt. It means talking openly about those plans. And it means mustering the courage to ask hard questions like, “Would you be willing to help me pay down my debt?” or “Do you have a plan for me, and our family, in the event of an emergency?”

To the latter point — of all the “Big Important Money Topics,” arguably the easiest to ignore is life insurance. We know you don’t want to think about it, but it’s really worth considering. If something happens to you, any debt you’ve co-signed will fall back on your partner, and they may have to radically re-evaluate things like their career and living situation. So just start the conversation. Ask, “Have you thought about this ever? Is it something you’d consider getting together?” You can get plans as individuals or apply together — either way, Policygenius makes it easy for you guys to figure out which option makes the most sense and keep track of your progress as a pair. It’s a free tool that allows you to compare quotes from over a dozen different carriers in just a couple of minutes. And they handle all the red tape. Plus, if you want to speak to someone, Policygenius has a team of in-house licensed advisors there to help. We’re partnering up with them because we’re fans of anything that makes seemingly complicated money-stuff easier, and one of our team members actually just used it. So check it out today! The sooner you do it, the sooner you’ll be able to check it off your list of “responsible adult things I’ve handled” and enjoy the peace of mind that you’ve done what you can to protect your S.O. no matter what.

2. “How did your parents handle money?”

This is a tough one for a lot of people to talk about, and understandably so. Many of us were taught that it’s rude to discuss finances at the dinner table, even with our own family members. A survey by Wells Fargo indicated that nearly half of Americans say that personal finance is the most challenging topic to discuss — more than death, politics, religion, and health. Yet that same survey suggests that how we were raised has a strong influence on us, showing that 71% of adults learned the importance of saving from their parents.

Whether or not we actually discussed money as kids, we probably picked up at least a few beliefs, habits, and idiosyncrasies from our parents that affect how we view money today. Talking through these memories could explain why your partner will fork over hundreds of dollars for concert tickets but drive around the block ten times to avoid paying for parking. It can also uproot deep financial baggage for those who saw their parents frequently worrying about paying the bills, or dealing with highly stressful issues like divorce, debt, or foreclosures. This topic can be even more confusing to navigate for couples who grew up with radically different socioeconomic backgrounds. When one person grew up taking things like new clothes, vacations, and extracurriculars for granted, and the other grew up feeling ashamed or anxious about what they had, they are going to have very different perspectives and feelings about spending. It may take a while for each of you to really grasp where the other is coming from, but with patience and time, you can begin to bridge those gaps in understanding.

3. “What things are worth splurging on to you?”

We’re big believers in not judging anyone for what they choose to spend on, even if it seems frivolous to other people. But when your finances are all or even partially merged with someone else, it can be a lot harder to hold your tongue when they drop a big chunk of change on a new flat-screen TV you didn’t need. Hopefully, there at least a few ways in which you align (mainly because it’d be pretty hard to have fun if you can’t ever agree on how to spend). But it’s also not at all uncommon to have major differences in this area. Maybe you love fancy dinners, while your partner would be much happier hitting up Chipotle so you can bulk up the “new car fund.” Or you cherish your fancy gym membership, while your partner can’t see why you wouldn’t just both run outside so you can afford another vacation. Or maybe you’re both currently spending in ways that don’t actually maximize your happiness, simply out of convenience, habit, or social pressure. In order to figure out where you can compromise, you first have to be brutally honest about what actually feels worth it to you (which acknowledging that there’s a big difference between “this is fairly enjoyable,” and “this is so incredibly satisfying and meaningful to me that it’s something I’d be willing to cut in other areas to afford.”

If this question is too hard to answer in an abstract sense, it can help to make it more concrete. Something like, “Of all the big purchases you made in the past six months, which gave you the most genuine happiness? What about in the past two years?” Let’s say you agree on one of them — that travel is a priority. That could motivate you to gain momentum for the travel fund and cut back in other ways. As for the areas in which you don’t agree, knowing how much genuine joy that expense brings your partner may help cultivate a deeper sense of understanding and prevent bad feelings in the future. While you might find the $200 concert tickets insane, they might find it to be a quasi-religious experience, and one that they remember for the rest of their life. Though you may have tied your fates together, you are ultimately still two distinct people with different needs, desires, and opinions — and at the end of the day that is, of course, what makes a relationship worth having.

This post is brought to you in partnership with Policygenius. Take 2 minutes today to compare your life insurance options here.