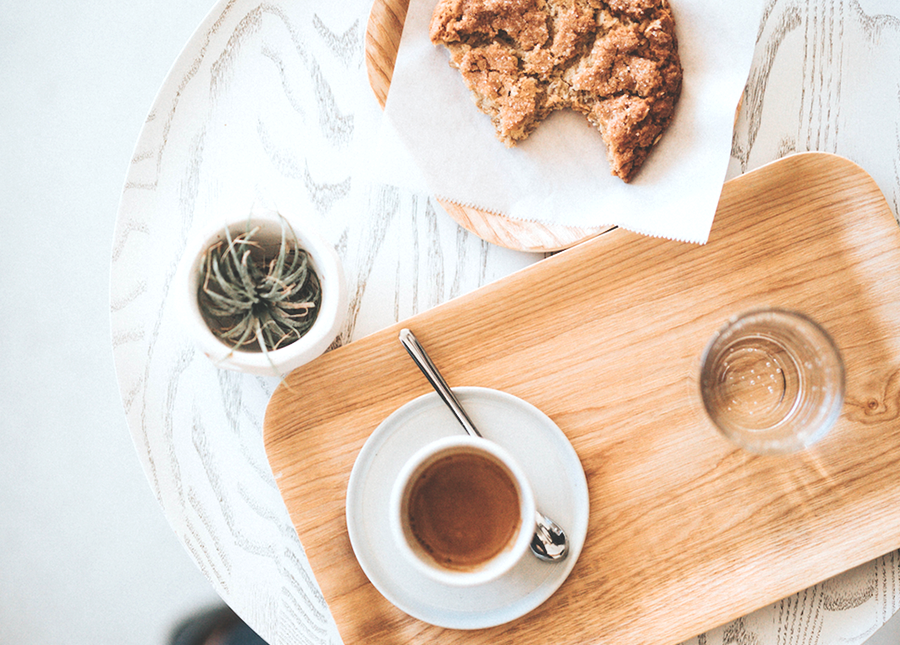 Have you ever completely blown your budget because of a splurge you really wanted, and then felt horribly guilty about it? I’ll wait while everyone admits to themselves that yes, we’ve all done this because we’re human. Saying you’ve never done this either means you’ve never tried to budget in the first place, or you’re still not ready to admit it to yourself. It’s honestly like saying you’ve always stuck to every diet you started.

But the thing is, being on a budget doesn’t mean you never get to splurge on anything. I know this is true because while I have a pretty solid monthly spending plan (ahem, a budget), I also just bought a schmancy new necklace I’ve been wanting for a while. I was sick of spending $16 on trendy necklaces at fast fashion places, only to have them turn grey in a week, so I sprung for a gold vermeil necklace from Mejuri that has already lasted me four fast fashion necklaces and shows no signs of going grey anytime soon.

I know that sometimes, I’m going to want to buy things that fall in between “a casual dinner out with friends” and “this needs to be a full-on short-term savings goal.” That’s things like a tiny Sephora haul or a new pair of running shoes, or yes, my new gold necklace.So instead of trying to pretend like that’s not true, I roll with the fact that I’m a human woman and build it into my spending plan in three keys ways.

First and foremost, I am a forever fan of the fun budget. It’s a set amount of money you give yourself every month to spend on literally just fun stuff — this is your lattes, your happy hours, your gel manicures, whatever. That can feel unreasonable if you’re living on a super tight budget, or you have big financial goals, but hear me out here. Setting aside even a small amount every month that you can spend guilt-free is actually a great way to make sure you can stick to your other goals.

Assuming that you’ll never, ever spend any money on anything other than debt repayment, savings, and the bare necessities is setting yourself up to fail. Even if you can only allocate $20 or $40 a month towards fun spending, having that money available when you really need some friend time over whatever the daily deal is at your fave restaurant will stop you from tapping into your savings to cover it. My personal fun budget is now at the point where I can cover maybe one splurge a month, in addition to my favorite monthly networking event, and a few lattes or craft beers here and there. If you’re going to set one for yourself, the biggest thing that trips people up (including me) is having a system in place so you know when your fun budget is gone so you stop spending when it is.

That’s where apps can come in seriously handy. Although I’ve been a fan of the fun budget for a long time, it’s only recently that I started using a system to manage mine. I used to track my fun spending in a spreadsheet, but when we moved to a joint spreadsheet to track most of our spending (homeownership will make most of your spending joint spending if you buy with someone, it turns out) I didn’t want to maintain two tracking spreadsheets.

When I was looking for options, I found Koho (available in Canada on the Apple App Store and Google Play). Or, more accurately, I actually started using it since I’ve been hearing good things about them for a while now. It’s basically a prepaid Visa that you load up every month, and when the money on it is gone, you can’t spend more on it. Simple, right? It’s exactly what I needed, and as a bonus, it comes with some awesome extra features.

If you want to splurge on something, you can set a savings goal in Koho, and based on your savings amount and timeline, it’ll skim a small amount off of your everyday spending money and square it away in a separate section for you. When you’re ready to spend that money, you can move it back into your “spendable” amount on your card with the click of a button. It’s so easy to use, and it’s perfect for managing a fun budget and for saving up a bit of extra cash for a splurge.

[Editor’s Note: If you’re in the U.S., a prepaid debit card might be a good alternative to Koho. You can buy them from virtually any bank holding company like Mastercard (they typically don’t require a credit check). They usually cost a monthly fee of $5 to $10, or you might get charged $2-$5 whenever you make a purchase. Similarly to Koho, once you’ve run out of the money you’ve set aside for entertainment, that’s it. Another tip for tracking your spending is Qapital, a free automated savings app. You simply input how much money you want to save into the app and creates”rules” around your spending, like rounding up to the nearest dollar for every purchase, to help you reach them more quickly.]

3. Save for your spending.

If you know you’ve got a spendier season coming up, like uh, patio season, you can adjust your spending and savings plan to account for it. For me, I know this summer has a few big splurges coming up, all related in some way to our wedding. There are just things I want to be able to do and afford without worrying about it, so I tweaked some parts of my budget to find an extra $200 a month to put into an account I called, at the true peak of my creative abilities, “Summer – Other.”I could pretend I came up with something better, but it would be a total lie. And while this seems like it’s pretty dang close to being a savings goal in and of itself, I see this as extra spending money I happen to be setting aside for a really short period of time. Once the wedding is over, I’m closing this account or name it something hopefully more original to align it to a new goal.

But in the meantime, I’m going to rest easy knowing that the spendy wedding season this summer is going to be totally covered, and I can indulge in a few bigger purchases without stressing about it or taking on debt to fund it.

A solid budget has room for splurges. Whenever you’re making a plan for your money, you need to make sure the plan accounts for the fact that you’re a human being — and sometimes that means building splurges into your budget. It does for me, anyway, which is why I set a fun budget, use apps to make it easier, and sometimes even set up a savings account to help cover a spendier season.