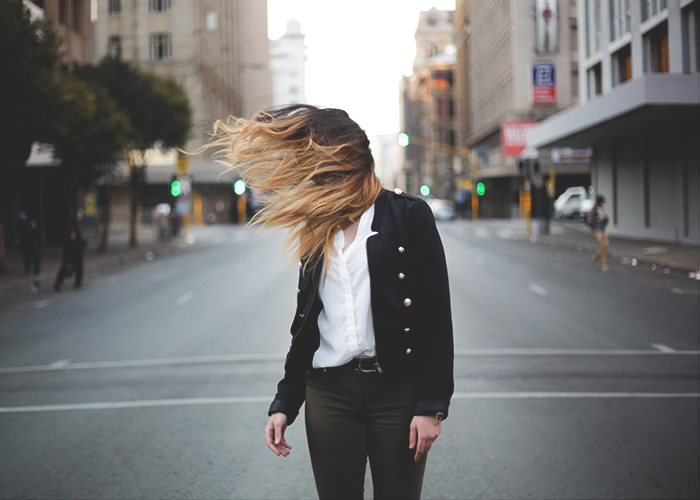 I pride myself on my cheapness, but there have been moments where I’ve dealt with more stress as a result. Sometimes it’s better to just fork over the money. It can be hard, though, especially since I love to travel — which means that my dumb mistakes are multiplied when I’m on vacation. These are the top three crazy stupid things I’ve done to save money while traveling.

1. I nearly missed my flight trying to save 80 euro on an airport shuttle ride

A few years ago, I was living in Germany for an internship. I was a newlywed, and my internship yielded enough money to pay the rent and then some. My husband and I decided to take a weekend off and visit Rome.

The hotel we had booked offered a shuttle service to pick us up from the airport, but it was 40 euro one-way, and we thought, “Eh, spend it on something more fun.”

That was a huge mistake.

The ride from the airport to our hotel was bad enough. We had to take a train, and then a bus, and then walk to the hotel. We had no idea which bus to take. Even though we had printed off instructions, we were still lost. All the stops sounded the same. Neither of us spoke Italian and we had no idea where to get off, so we stayed on the bus until the bus driver kicked us off at the end of the line.

I had a smartphone that had no reception, but I could still get wifi. After wandering for 20 minutes, I bought a sandwich at a cafe that was miraculously still open at 11:30 at night. We found the hotel just around the corner.

You would think that because of our terrible experience coming from the airport to the hotel would make us decide to shell out for the return trip. Nope. Still cheap. Still dumb. So, so dumb.

We got up and took the earliest bus that was available: 6 AM. Our flight was at 9 AM. In theory, we would arrive at the airport at 7:30, assuming everything went to plan.

The bus didn’t arrive until 6:30, but we tried to stay optimistic while that rickety bus sounded (and felt) like it was about to collapse in the middle of the cobblestone road. In between stops, the driver pulled the bus over, pulled a fire extinguisher out of a nearby cupboard, and sat with it as he drove.

We wondered if the bus was going to explode, but we made it safely to the train station. The train we needed had left 10 minutes earlier, and so we had to wait 20 minutes to catch the next one, and the ride was 45 minutes. Then when we arrived at the airport, we stood in seemingly endless lines trying to get through tickets and customs. It was about 8:50 by the time we got on the airplane. We were literally the last two people on that plane — they shut the door as soon as we got on.

2. Camping instead of paying for lodging

I like camping. I’ve done some long-distance hiking, and there’s just no way you can do that without a tent. I’ve camped during hideous rainstorms while vacationing in Scotland because I didn’t plan ahead, and all the available hostels and hotels were full. But Scotland has extremely liberal camping laws, so I’ve been able to camp in some pretty awesome spots — even when the weather is absolutely miserable.

But I haven’t always been so lucky. Back in college, a friend of mine and I decided to go camping near Arches National Park over Labor Day weekend. She had never been before and I wanted her to see the gorgeous red rocks. We were also looking to save a buck, so we both agreed on camping.

We drove to Moab and tried to find a camping spot. Over Labor Day weekend. Literally, every spot was taken. We drove for an extra hour just trying to find something. I looked on my phone and found some BLM (Bureau of Land Management) land that was in the area, which is always free. We drove 20 miles out of town to get to the available spots.

Even BLM land was a hot commodity — many spots were occupied. The first night was fine for camping, but the second night was crowded. We kept driving on the dirt road until the road turned into sand. My friend slowed the car down as the ground softened suddenly. “Keep going,” I said, “It should be fine.”

It was not fine.

The car stopped moving, but the wheels kept turning. She tried reversing it. It wasn’t moving in either direction. She called her insurance to try to get a tow truck, but the nearest truck was coming from Colorado and over 100 miles away. I didn’t want her to drop $200 (or more!) on towing our car out of the sand when we were two miles from the nearest highway. So I got out and started digging with whatever I could: my hands and the cardboard she had in her trunk. The car started moving again. I backed her up and together we got out of the sand.

(Note: I have since learned that if your car is stuck in snow or sand, if there’s nearby brush of some kind, you can use that to stick underneath the tires and create enough friction to get the car out.)

We decided against camping at that point because we were too exhausted, so we drove back into town to refill on gas and slept in the car in a residential area that night. I slept badly — sleeping in a car is never comfortable, although I made a bit of a habit out of it this last summer.

3. Sleeping in a car anywhere

Even though I’m employed full-time, I still try to save money where I can. This past summer my husband and I took a trip to Oregon, but due to plans with friends falling through, we didn’t have anywhere to stay. We figured we could just camp since we’d done it so many times before. However, the second night we were in Oregon, we had stayed out too late and drove along the coast trying to find some kind of camping spot.

At midnight we saw two RVs parked in a turnoff that had a beautiful view of the ocean. We immediately parked there and slept in the back of the car, since we were able to push down the back seat and sleep with our legs in the trunk.

It wasn’t the most comfortable thing to do, but it got the job done. We’d brush our teeth in the car with the water from our water bottles, and our trip was only a few days, so we wouldn’t be too smelly. You start justifying a lot of stuff when you do this — I don’t smell that bad! Eh, I can just wear a headband and a ponytail. Whatever, we’ll just drive to the Tillamook factory and have ice cream for breakfast.

We slept in the car in a forest the next night, and then when we drove back home, we slept in the car just outside a farm. I was constantly worried about being woken up by authority figures telling us to leave, but it never happened.

Even though I laugh at these experiences, I don’t recommend them to anyone else. Don’t be dumb like me. Plan ahead. Make room in your budget for the non-fun expenses. And if you don’t, well, at least you’ll have a good story out of it.

Liesl Hammer is a writer and editor who likes to try new and scary things and writes about it on her blog, Everything Amateur.