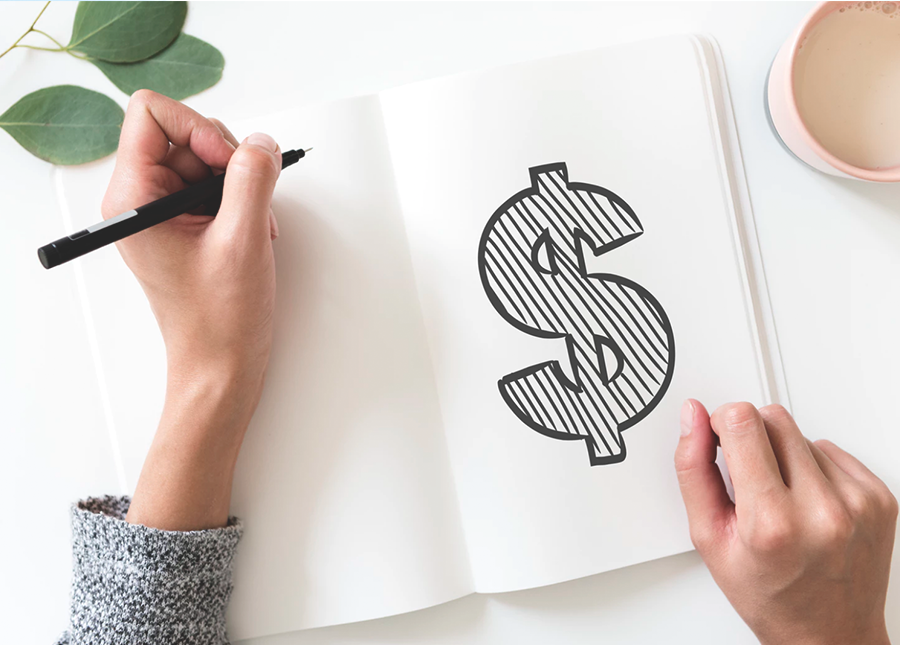 The first commandment of personal finance is to create a budget. Having a budget, we’re told, will help us save money, lose weight, and achieve all our dreams.

Budgets and I, however, have never gotten along. Every month, Mint sounds the alarms telling me in which categories (plural) I have overspent. But I never change. I just don’t see the point of spending exactly $X on food and $Y on clothing each month. And despite my profligate ways, for most of my working life, I’ve saved at least 50% of my income, even when I made an entry-level salary. This is what I do instead of budgeting.

1. Cut fixed expenses to the core.

To save 50% of my paycheck, I had to cap my fixed costs at around 30% of income. For housing, that meant living with a roommate in a less cool part of town. For transportation, that meant having a car old enough to have a job. For me, it meant spending some period of time saving very little so that I could pay off all my debt. (I’m much more of a feast-or-famine type spender, so if you wanted instead to save 25% of your income more consistently, I don’t judge).

If you have a budget, you have a plan for every dollar to go toward a designated category. But if you want to go about your spending without a plan, you have to give yourself a bigger cushion; otherwise, you could easily end up with a deficit every month. Generally, cutting your expenses to the core is a good strategy even if you have a budget, but it’s a must if you don’t have one.

2. Force myself into savings.

The first time I maxed out my 401k, I made $42,000/year, and it was my first permanent job out of college. This was 10 years ago and because of income stagnation, is actually a pretty good salary even today. Still, it’s not what most people think of as sufficient income for maxing out a 401k.

Choosing to max out my 401k early on in my career meant that I had to figure out how to live on a reduced income, rather than figuring out savings after I had gotten used to spending. If I had done the latter, I still would have saved but I wouldn’t have saved nearly as much. With the employer match, I was saving $20,000/year before I got my paycheck. That would seem much more impossible a savings goal if I had to consider saving $20,000 off a $36,000 post-tax income. The choice to create a false sense of scarcity really whipped my finances into shape.

These numbers are totally livable, but they don’t allow for many spontaneous purchases. The benefit of this approach, for me, was that if I had planned to spend the money, I would have. But because I had no plan, and few wants, I actually spent much less. I didn’t have the assurance that the numbers would all work out, so I adjusted my spending in case they didn’t.

What I don’t like about budgets is that they make people obsess over spending a planned amount of money on each category every month, and it’s fine to spend more one month and less another. If costs go up, it’s not your fault that you spent more. And if costs go down, you shouldn’t give yourself license to spend more on things you don’t need. If you need to buy something, you should buy it, even if the budget doesn’t account for it. If you don’t need to buy something, maybe you shouldn’t buy it, even if your budget gives you the green light.

Ultimately, you can save money without a budget, but it’s not always the most fun way to live. The benefits for me were that, because I maxed out my 401k and Roth IRAs when I was 22 and 23, I set myself up for much less worry regarding retirement and finances in the future. I learned that I could survive and thrive on a much-reduced income. I further saved all that time I would have spent obsessing over budget categories and just created a lifestyle where I could get an extra cup of coffee if I wanted, because I knew the big things were chugging along quite nicely.

These days, I make a lot more money than I did when I was starting out. Still, I employ most of these tactics because they’re ingrained habits. If I could max out my 401k then, I can certainly do so now. And there’s no joy in buying lots of things I don’t need, even though my salary allows me to do so these days. I understand that approach won’t work for everyone, but budgets also don’t work for everyone. The best thing anyone can do with their money is to figure out what works best for them and their situation.