3 Things I Regret Spending Money On After Coming Out, & 3 Things I Don’t 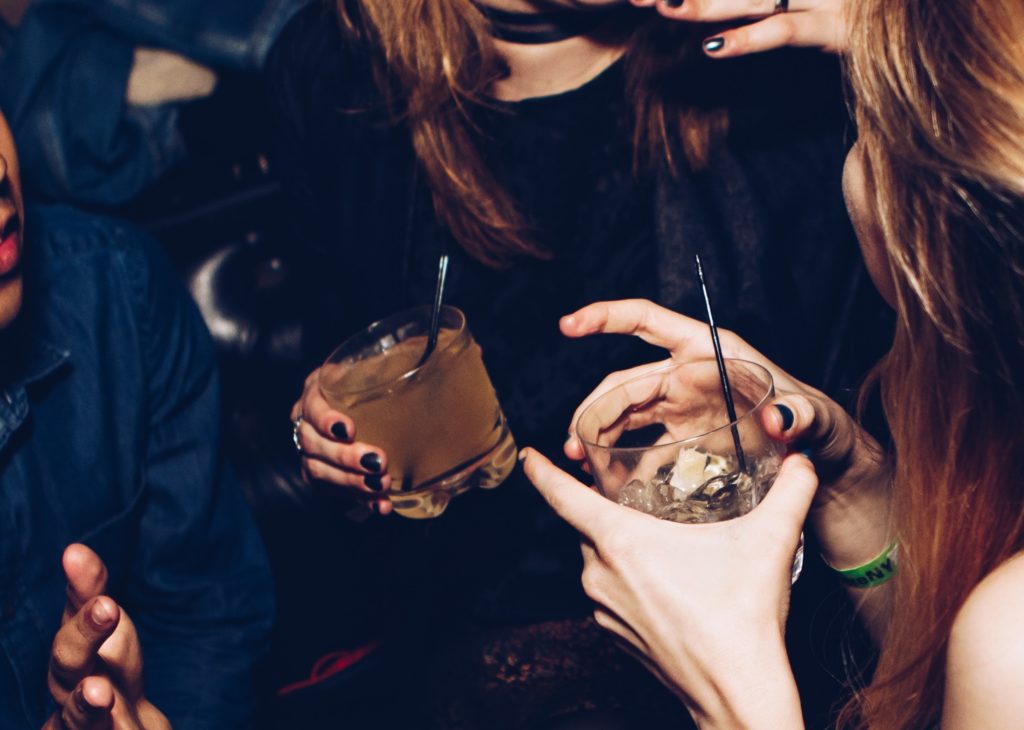 When I came out as bisexual in 2017, I was excited to make new friends, go on dates, and celebrate my first Pride as a newly minted member of the LGBTQ community. But while I was prepared for the emotional impact of embracing my queer identity, I wasn’t expecting the toll it would take on my budget and finances. I came out at the beginning of June (right before Pride), and by the end of that first summer, I told my friend, “I feel like my bank account is hemorrhaging money.”

I am very privileged in the sense that my coming out didn’t affect my living situation or employment status. With that said, I quickly discovered that there are hidden costs to dating when you’re LGBT. Along with treating the women I was dating to dinner and drinks, I was going out more than I had in years. I said yes to everything that summer. Tickets to queer dance parties. Club nights. Late night alcohol-fueled food runs with new friends. New outfits. Alcohol (so many drinks). When September rolled around, I was exhausted, and my savings account needed some serious love.

What I regret spending money on after coming out

In the past two years, I’ve reoriented the way I think about my queer identity and become more intentional with how I use my money. Coming out can destroy your budget, but it doesn’t have to. After tallying up my expenses, here are a few of the things I regret spending money on after coming out:

I’ve always had long-ish hair, enjoyed wearing heels, and favored dresses and red lipstick. I’m comfortable with my appearance, but several of my friends are much more visibly queer than I am. When we’d go out together, people would often assume I was the straight girl tagging along for the night. I decided that toning down my very femme look might not be such a bad idea if it meant I’d meet more people.

So, I headed to the place I always go when I’m feeling insecure: the mall. I picked up a handful of menswear-inspired outfits that I thought looked cool and edgy. Unsurprisingly, my new clothes made me feel awkward — and understandably so. Don’t get me wrong — a new item of clothing or haircut can feel incredibly liberating when you’re coming out. But that wasn’t the case for me. Instead, I felt like I was playing dress up. It wasn’t until I had my first same-sex experience with someone who liked me for me that I realized that there’s no one way to look or be queer. I can look however I want to look, and that’s enough.

2. Going to places and events — even when I knew they weren’t for me.

When I first came out, I thought the only way to be queer was to do all the queer things. For example, there’s a monthly lesbian dance party that happens in my town. The first time I went with friends, it seemed fun and exciting. The next time around, I realized it just wasn’t my scene. Same with my local gay bar. I wasn’t having a good time, but I thought hanging out in these kinds of spaces was what I should be doing, so I kept buying a ticket and showing up. I’ve since learned that it’s okay to say no. Not every LGBTQ-inclusive event or space is going to be for you — and that’s okay. Staying home doesn’t make you less queer.

3. Buying alcohol at clubs and events.

I drank a lot of overpriced, watered-down vodka and cranberries after coming out. I also spent a lot of money on greasy late-night food and cab fares. All of this left me with a financial (and sometimes physical) hangover the next day. I have lots of great memories of the people I met that summer, but the club drinks and forgettable street food I could have done without. I now treat these kinds of events like I would any other night: I eat and have a glass of wine at home before going out and budget how much I’m going to spend…or I just say “no.”

What I don’t regret spending money on after coming out

While I wince at my old spending habits, making a few wrong choices helped me get clear on what’s important to me. Here are a few things I’m glad I spent money on after coming out:

I travel frequently for work and have been toying with the idea of relocating to a new city for some time. I’m glad I invested in the paid version of Tinder so I can change my geographical settings and check out the dating scene in other places. I live in a small city, so being able to connect with people beyond my immediate area and social circle has been great.

2. Wining and dining my dates.

I love to be wined and dined. I also love to return the favor. Having the opportunity to treat another woman to a really amazing dinner felt incredibly sexy and romantic. Same goes for the bouquet of flowers I bought my very first same-sex date. Even though those dates never turned into long-term relationships, I don’t regret those experiences for a second.

At this point in my life, celebrating Pride as an all-weekend long booze fest just isn’t for me. Instead, I prefer to celebrate quietly with friends and splurge on one or two great experiences. For example, last year, I went to see Janelle Monae live. This year, I plan to see iconic drag queen Latrice Royale and take my special lady friend for a really nice dinner. If you want to drink, dance, and be merry, do it! However, choosing to celebrate differently (or avoiding Pride altogether) doesn’t diminish your identity.

On knowing myself better

Looking back on my coming out experience, so much of my indiscriminate spending was connected to a serious case of imposter syndrome. Bisexual stigma exists both within and outside the LG community (no, I’m not “just experimenting” — and no, not “all women are a little bit bisexual”). Combined with the fact that I’m what some might consider “straight-passing,” sometimes I still feel like I don’t really deserve to be a part of the LGBTQ community, even though I love both women and men.

However, I think sexuality doula and sex educator Ev’Yan Whitney said it best in a recent Instagram post:

There are so many different ways to be LGBTQ. Once I made peace with doing things my own way, my life — and bank account — got better.