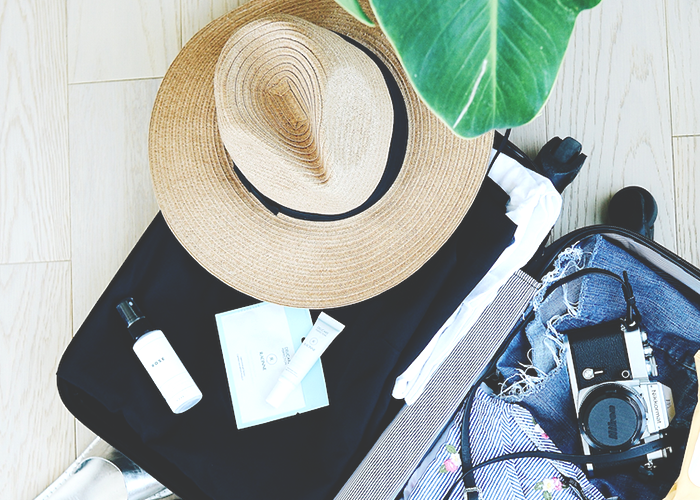 Let’s rewind to a couple of months ago. It was May, and I had just finished reading the ever-praised Marie Kondo’s The Life Changing Magic of Tidying Up. As a self-proclaimed neat freak and Type A personality for as long as I can remember (or at least, since I first heard the term “Type A personality”), this book really spoke to me.

I’ve always been borderline obsessed with maintaining a clean and organized space, and have always been the first to admit when an object no longer serves a purpose in my life. Yet simultaneously, I’ve also always been a tad more into shopping than is probably good for me, which led to a cycle of purchasing items I didn’t truly need…and then passing them on when I realized that they didn’t fill an all-important place in my life as I had originally imagined they would.

So when I read in Marie Kondo’s book that minimalism would not only allow me to maintain the orderly space I continuously crave, while also ridding my unhealthy shopping habit, I was ALL for it. On top of that, I stumbled across YouTube video after YouTube video of people claiming that Marie Kondo’s book also allowed them to discard of the mental clutter they had, simply by removing the unnecessary physical clutter from their lives. I thought this was the bandwagon I had to hop on.

I donated and purged to achieve the clarity that I had been promised — and was sorely disappointed when this act did not enable me to wake up at 5 AM every day and become a productive superhero like it supposedly had for all these YouTubers (shame on me for not figuring this out before getting rid of my stuff). I had the same amount of mental clutter, and only succeeded in making my concrete-wall apartment feel less homey by removing physical objects. So before you try your hand at it, here are some rarely discussed aspects of minimalism that I learned from my attempt, and later abandonment, of it:

1. Minimalism didn’t necessarily rid me of my focus on physical possessions.

When I started decluttering, it actually did feel slightly freeing at first. However, this quickly spiralled, and I became slightly obsessed with seeing how much more I could declutter and spending time debating whether I really needed certain items in my life. All of this meant I was still spending too much time concerning myself with physical possessions, which is what minimalism was supposed to help me eradicate in the first place.

2. Most minimalism books are not targeted at college students, or people who are already lacking.

Minimalist books and proponents claim that you should rid yourself of all unnecessary items and items that you don’t love. You read books about people who purged 50% or more of their possessions and felt a euphoric sense of liberation after. Yet depending on your circumstances, you might not own much more than the necessities to begin with. And disposing of that one extra ratty towel and chipped coffee mug you no longer use probably won’t give you the mental freedom you were promised by these minimalists who were fortunate enough to own more extra possessions before their journeys began.

3. Minimalism can lead to more shopping and money-spending.

Counterintuitive, I know. But hear me out on this one. When you don’t have a lot of extra income, you don’t necessarily own a lot of items that “spark joy,” which is what Marie Kondo claims an item has to do for you to be able to keep it. Maybe you only own one pair of pants that you really and truly like, and none of the others fit you quite perfectly. According to minimalists, you should only keep the one pair of pants that you like. But you likely need more than one pair of pants, and then must spend extra money to pick up an extra pair or two. Moreover, it makes sense that you will want to invest in some quality new pants if you’re going to own so few pairs, so you splurge a bit on these new pants. All of this leads to more money spent, just because your other perfectly functional pants didn’t “spark joy.” But you know what else sparks joy? Not spending your hard-earned money on replacing possessions that were perfectly usable to begin with.

Like many lifestyle fads, people are quick to rave about the benefits of minimalism, but suspiciously omit the negative aspects. These are the major downsides I’ve personally experienced with minimalism. Maybe give them a ponder before you excitedly donate a good portion of your worldly belongings to achieve yet another unattainable Instagram-perfect lifestyle. (Insider confession: I miss owning sweatpants. I really do.)

Brea has an MA in Linguistics from the University of Toronto. She loves chocolate (maybe a little too much), her three dogs, and all things to do with language.