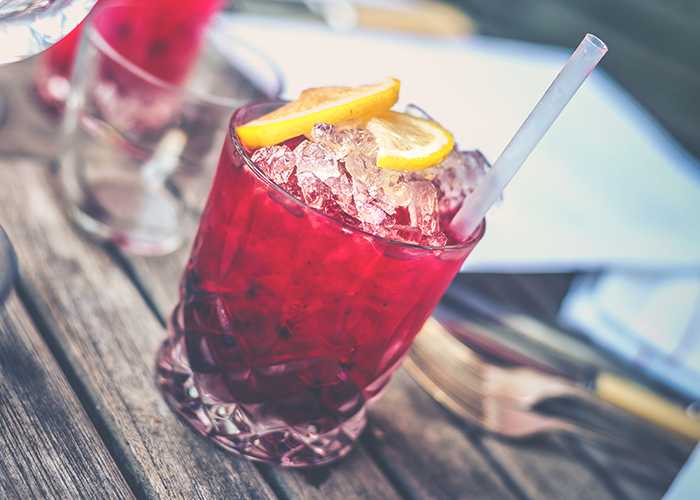 We’re only three months into 2017 (well, nearly four), and I already have several money choices under my belt for the year that feel well worth some reflection. I am always trying to become more lucid and honest with the way I analyze my spending, and to become more and more in touch with what truly does (and doesn’t) have value for me. And on the heels of a big end-of-2016 for myself, and for the country — for incredibly different reasons, obviously, but significant nonetheless — I’ve found myself making big moves in 2017 that don’t always end up feeling the way I thought I would, or having the value-per-dollar amount I assumed.

I’ve gotten engaged, joined a political organization, moved apartments and neighborhoods, and taken on more work than ever with TFD. And it’s been great, but not only do these big moves put into perspective their own associated costs, they also tend to make one realize how much the smaller things are really worth. Here are a few things that I’ve definitely not regretted spending on, and a few that I definitely have.

Three Things That Have Been Worth The Money

I’ve said it before on TFD, but it bears repeating: our current apartment is the first one I’ve ever had where I feel truly at home in New York. It took me a few not-quite-right places in Paris to find my ideal space (which I still feel highly nostalgic about), and it took us a few moves in NYC to find that similar sense of cozy sureness as a couple. It meant a lot of things: things like visiting no fewer than 20 apartments over four days to make sure we were getting the right one, engaging about five different brokers to see every possible listing, exploring wider swaths of our corner of Manhattan so that I could be more picky about the layout that is actually good to live in on a day-to-day basis. But it also meant, ultimately, that we had to pay a bit more than we had set out to pay. And I have to say, if you are waffling between a few hundred extra dollars per month (which you can afford) on your rent, and you spent a fair amount of time at home: I highly encourage you to go with the apartment that seriously raises quality of life. Not only does it mean you will rarely if ever be moving (which saves enormously on moving costs), it also provides an inestimable boost to your overall mental health, productivity, and organization to be in a space that is truly home. (Frankly, I have found that I am so happy to be here that it creates a huge motivation to earn more money to make up the savings difference cost by the extra rent.) It can feel, when you’re hunting, like the “right” thing to do to stay at the absolute base of what you can afford in terms of living space, but I have never regretted spending less than on the extra $250 a month jump from our original budget.

2. The membership fee for the Democratic Socialists of America.

Without a doubt, the best money I have spent since the election has been joining and becoming a more active part of the DSA. (Okay, technically the money was spent in 2016, but the bulk of my activity with them has been since the new year.) I am still just dipping my toe in simpler things like mobilizing, phone banking, and organizing, but it already feels in many ways more satisfying and tactile than anything else I’m doing. I did political work briefly in college, and my father always felt like an ambient influence in the field (as an illustrator who long specialized in political and editorial cartoons, and was always involved in local politics growing up). I’d always felt adjacent to the world of politics but never quite convicted enough to get truly involved in a longer term. But the rightness of a democratic socialist future for our country — particularly having lived in a socialist country — feels urgent and certain to me. I enjoy the work I am able to do with the DSA, the people I’m meeting, and the fluidity and nimbleness that stems from being a political organization, rather than a party. If you have been considering joining a political action group post-election, I encourage you to do it — it is well worth it, and the structures to get things done (if you are feeling overwhelmed and uncertain of the steps to take) are very much there already.

I actually hesitated to put this on the list in either category, but I feel that ultimately it falls into the “worth it” category, though not without some caveats. Essentially, I love the ring that Marc and I designed together and am proud to wear it — it feels romantic and special and, as an object, beautiful. But as someone who participated in both the financing and creation of it, I’m well aware that it is a substantial expense that is now, physically and as literally as possible, written on my body. I am very conscious of it, and feel frankly uncomfortable in some situations with such a visible display of luxury. No, it is not the most expensive a ring can be, but it is a custom piece of fine jewelry from a New York City artist. I have never before owned something even in the realm of its niceness, and to pretend not to notice that it is noticed would be dishonest. Ultimately, I am glad to have something precious that Marc and I created together that will be in my life forever, which I will wear every day and perhaps update or modify as life goes on, to change as we do. So I would definitely categorize this purchase as “worth it.” But to wear any display of wealth on one’s body — whether a designer bag, a nice watch, a precious ring — is a new sensation that I am not always comfortable with, nor do I believe one should be totally. It’s been a real occasion to recognize the privilege of having nice things, and to understand that sometimes being understated is the appropriate thing to do.

Three Things That Have Not Been Worth The Money

One thing I have learned very quickly in my ~journey~ as an engaged woman is that what you imagine, or are told, will be “worth it” in the process, often isn’t at all. I don’t have bridesmaids, no save-the-dates, no fancy invitations, no floral arrangements, no catering, no matching anything, and I miss absolutely none of it. And I thought, at first, that some kind of special dress would still have that magical oomph, so as something like a test run, I bought myself a quasi-special dress for my engagement dinner at TJ Maxx. (It was a black cape dress, something I would never normally buy, but which felt just over-the-top enough to stand out on a special evening.) Personal verdict? Not worth it, even at like $60. I would have been just as happy in some dress I had in my closet already and rarely wore, and in fact felt the slightest bit “off” because I was wearing something that was so outside the realm of what I normally wear. I have learned, without a doubt, that it would be an absolute waste for me to spend any kind of money on any kind of formal “wedding dress,” because I simply wouldn’t get value out of it.

2. Any and all plants, except for like two indestructible kinds.

I thought, “new apartment, new me, I will finally be the person who doesn’t kill plants.” And I swear to god, I do what the hardware store plant person tells me, I put them in full sun, I water them on schedule, I give them new dirt when needed — plants just see me and die. I am just not a plant person, and likely never will be. It’s high time I admitted this to myself, and stopped trying to care for anything besides those weird, indestructible little variants of palm plants that literally can go like three weeks without being watered and somehow still thrive.

I think it’s been a bit of an awakening for me this year that I love restaurants, and hate bars. Well, I don’t hate bars. I enjoy the experience of sitting at a chic, intimate, un-crowded bar for a happy hour drink or two with a friend. And I enjoy eating a romantic dinner seated at the bar, people-watching and bobbing to the low music. But any experience that can be described as “going out,” I radically do not enjoy in the end. The crushing loudness, the tendency to over-spend and over-drink, the sticky impersonal-ness of it all: I hate it. Every time I’ve found myself “going out to a bar” for the evening, where the unexpressed but clear purpose is just to drink alcohol while shouting at one another, I’ve regretted spending the money. And it’s high time I started admitting it to myself more loudly, because the few times I’ve done it this year, it’s been accompanied with a distinct feeling of “I should be past the point of doing something I do not get enjoyment out of, I am not 22 anymore.” Eating at a dimly-lit and quiet bar: good as hell. Screaming at my friends over a gross whiskey ginger: not good at all.