3 Thoughts On Lying To Yourself, In No Particular Order 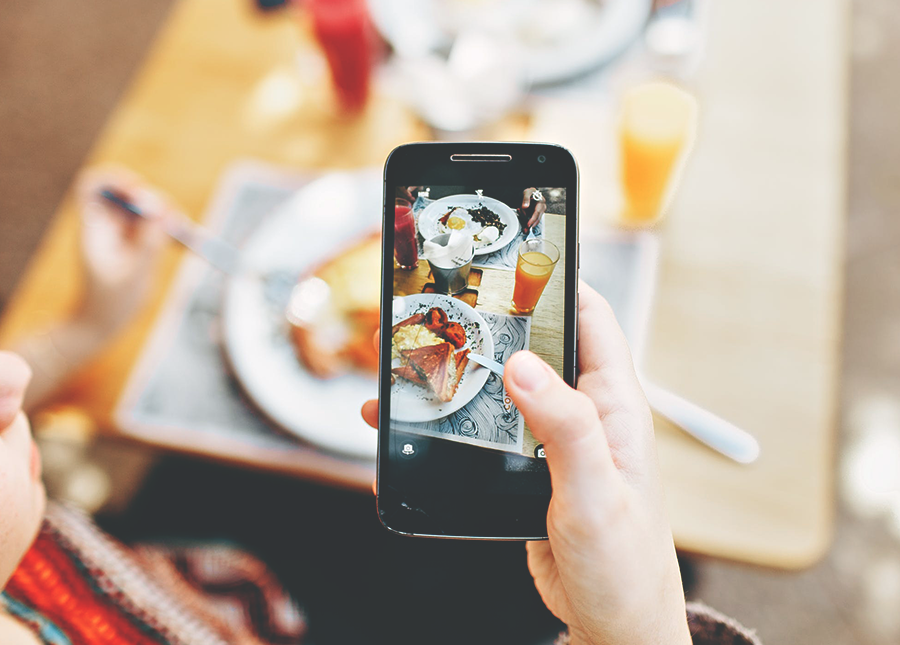 1. Without ever consciously deciding it would be so, 2018 has nevertheless become my Year of Change. And while the fact that I am quickly rounding the corner on 30 gives it some kind of chronological significance, I can’t say that this year felt any more or less important to me last December, when I was looking down the barrel of its calendar. Work was getting more busy, we had the tour, and I had more financial flexibility than I had in recent years (because of TFD’s stability). But even given all those factors, it was never a conscious choice. Looking back, I think it’s often in these moments that we are most ready to effect change: not when we look in the mirror after some particularly bad weekend and impose strict deadlines on ourselves about things we wish were different, but when we simply have enough time and flexibility to slow down and get a better look at our own lives and habits. Going from essentially not working out to working out five days a week (and deeply enjoying it) has been a big part of this Year of Change, but the real change has been much more profound than that.

2018 has been the year I no longer lie to myself, no longer take personally someone else accomplishing something I refuse to attempt, no longer settle for so much less than what I could be doing. The brain is fantastically capable of lying to itself, and as embarrassing as it feels to admit, my brain has always been particularly deft at self-deception. I can convince myself I’m working my hardest when I’m giving 30% of my true effort. I have genuinely thought I eat pretty healthy! when I was overeating by hundreds of calories a day, mostly in nutritionally-void snacks. I blamed the weakening of important relationships on a lack of time when it was entirely a question of effort on my part. I lived by an unspoken ethos of “good enough,” allowing the things I did well to provide an excuse to drastically underperform on so many other fronts which were truly meaningful to me. And though, in starting The Financial Diet, I resolved to no longer lived that way with money, I was content to keep up that attitude of underperformance on so many other fronts. No more.

2. I’ve talked a lot on this site before about my resistance to the idea of any diet that requires the removal of one or more entire food groups, and that is something I stand by. I believe that life is meant to be lived, above all, and that means experiencing and enjoying a bit of everything. That view isn’t everyone’s, of course, and I don’t expect (or even care) to convince anyone else that this is how one should live. But there is a deeper feeling there that I keep scratching at, trying to understand. It’s not just about the food, or the underlying cultural norms that keep us in a largely-sick food culture while simultaneously bombarding us with hyper-specific, restrictive ways to escape it. There is something in this whole phenomenon that feels — and you’ll excuse the hyperbole, maybe — almost spiritual. As someone who is not today a practicing anything, but who was once a born-again member of a fairly serious religious group, I often think about the appeal that that experience had for me (as someone who was raised deeply atheist). Ultimately, I think that what I loved the most about it was how sure these people were, even in the beliefs which could be soundly and effortlessly disproved by basic science. They moved through the world with a conviction that allowed them to pursue nearly anything that was meaningful to them with certainty and zeal — there was no hesitation or apologizing, nearly regardless of life choice, because it was all part of a greater plan, one which they were merely executing as a principal actor. Living without that deep, all-encompassing conviction about one’s path in life, or place in the world, means constantly questioning and second-guessing.

And in some ways, these hyper-specific and divergent diets feel almost like pseudo-religions, a manner of living which replaces that feeling of singular purpose and certainty. It’s not just about living well, it’s about Living Well. It’s about escaping the vast, suffocating sins of the prevailing American culture, one in which health is constantly subsumed by hedonism, immediate gratification, and an all-powerful corporate food culture with a vested interest in keeping us sick. In that environment, that overwhelming-yet-vague badness, it only makes sense that one would light a torch of their own specific convictions and hold it up to walk a clearer path. But the line between “health” and “goodness” in a much more moral sense has become increasingly blurred, and increasingly performative. (Social media, of course, only exacerbates this phenomenon by putting every choice we make, or don’t make, on full display.) And in this environment, it can be difficult to tell which choices are being made for intrinsic, meaningful reasons, and which ones are being made because the quasi-spiritual idea of Health is so appealing, and so socially-rewarded. More than once — much more than I would like to admit — my choices have been made in pursuit of the latter, in pursuit of that same satisfied, certain feeling you get when you walk into a church and know you are right and good to be there. The body really is a temple, I guess.

3. I have a very hard time defining my goals, which I think has always been one of my biggest problems in life. There are vague, formless feelings and mental images I move towards in life, but even in the most concrete activities — my own company, for starters — it’s very difficult for me to point to any one metric and say “This. This should be a certain way.” It’s always given me a profound sense of impostor syndrome, because I believe that the most effective people in life (but certainly the most effective people in business) are those who know why they do what they do every day, who are capable of pointing at a specific spot on the horizon and moving towards it with conviction. And maybe this feeling is not terribly dissimilar to the pseudo-religious feeling of many diets, the calm sense of purpose and righteousness in a world that can be paralyzingly full of options.

But I realized, too, that every time I’ve tried to set very specific goals in my personal or professional life, they ultimately felt arbitrary and externally-imposed, even if I chose them myself. I know what feels good, and I know what I’m generally moving towards, but the only times I ever really quantify those things have been when I felt obligated to. I’m just not the kind of person who lives with an incredibly-honed sense of purpose or self-determination. Similar to the way I want to eat, the world feels best to me when it is a diverse palate of colors and feelings whose borders are imperfectly-drawn, when one activity or motivation is allowed to bleed into and inform another. We are constantly burdened with the feeling that we need to find a role or title which encompasses us and gives us meaning, and the temptation to lean into the one we identify with most can be enormous. (I remember how much joy it gave me to lean into the identity of Theatre Kid in my teens and early-20s, to even wear cringey tee-shirts that said things like “I can’t, I have rehearsal,” as if my greatest point of pride was whittling my life down to one activity.)

But truth is that this rejection of hard-and-fast titles and identities (which I believe is largely a good thing) has been a way for me to reject setting serious goals, ones which I ultimately fear I may miss. I have lied to myself by pretending that quantifying the things I love is somehow obsessing over them, when really — when done with moderation — it is just a way to ensure you get the most out of them. What gets measured gets managed, as they say, and when I think of all the ways I lie to myself, those untruths always thrive in an absence of quantification. The looser I play with the things that are important to me, the more my brain is able to overstate my dedication. And while I never have to define myself as, say, a small business owner, I must take myself seriously as one. Because you are only ever going to be as accomplished or fulfilled as you personally insist upon being, and when you allow yourself to lower the bar — or never even set it in the first place, as I have done so many times — ultimately, you are only lying to yourself.