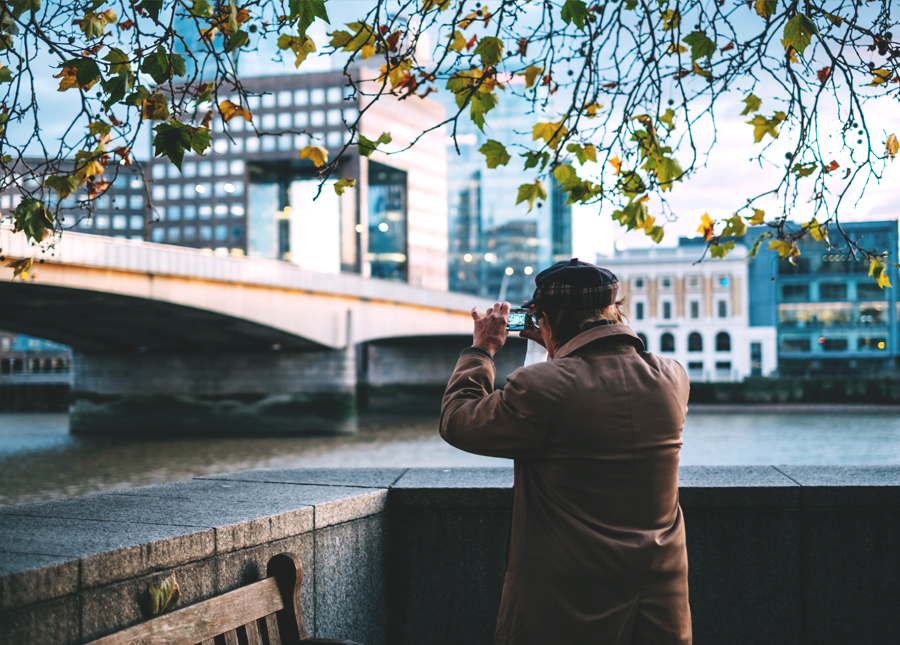 My dad, who has been working in some capacity since he was an 11-year-old with a newspaper route, retires at the end of this year. It’s an exciting time for our family. My dad has been looking forward to this moment for as long as I can remember, and in the last few months, he’s been ramping up all the necessary preparations.

So when my parent’s house unexpectedly sold after only a couple days on the market, my dad and I flew down to Florida to scope out real estate. Sure, the location is a bit stereotypical for retirement, but the market is ripe in Florida (plus my dad has had enough of New England winters). The trip prompted us to discuss money — specifically, retirement — for the first time while driving west on I-4.

My dad is 65 and I’m 24, so there are a lot of differences between his current retirement reality and what I predict my retirement to look like. Here are my top takeaways.

1. Responsibility for Retirement Falls on the Individual, Not the Employer

When my dad started his career back in the 70s, pensions were the name of the retirement game. A pension is a retirement plan where an employer sets aside contributions for its employees. They guaranteed a fixed monthly payment for the employee based on their final average pay and years at the company, thereby protecting employees from the whims of the stock market. This is why pensions are classified as a ”defined benefit plan.” The company was obligated to provide the employee with the same monthly payout no matter the larger financial landscape.

This was great for employees. “People had a sense of security when they retire that their pension is going to be there,” explained my dad.

However, as you might expect, this came at a price to the employers. It was their responsibility to make up the shortfall between investment return and the promised payout. When the Revenue Act of 1978 paved the way for 401(k) plans, the plans quickly replaced pensions in the private sector. And, as a result, most of my peers will never have a pension, let alone even know what one is. Instead of the responsibility and investment risks falling on the employer, they fall on the employee. With a 401(k), there’s no guarantee to what you’ll be able to withdraw. That’s up to how much you saved, what your assets earned, how long you expect to live, and a variety of other factors.

2. The Necessity of Outside Investments

I’ve made peace with the fact that I’ll never have a pension plan or the sense of security it offers, so I’ve started my 401(k) and taken advantage of my employer contributions. I should be fine, right?

It’s actually possible that a 401(k) won’t be enough. You owe taxes on the money in your 401(k) when you withdraw it, so you need to account for that loss in your calculations. And it’s always a good idea to diversify investments. An accessible way to do that is to open an individual retirement account (IRA). My dad said he never had the extra money to invest, especially because he dipped into his 401(k) for several emergency expenses. However, Roth IRAs, unlike 401(k)s, do not penalize you for borrowing against them.

“Houses used to be your investment,” my dad told me. “You’d buy a house for $14,000 and sell it for $100,000.” But most financial experts agree that you can’t count on your house being a good investment. Despite all the work my dad put into our home, he ended up selling it for less than he paid 12 years ago.

Side note: because my dad never invested outside his 401(k), I would have never thought to start my Roth IRA earlier this year if it wasn’t for a former high school teacher who pushed me in that direction. It’s just as important to listen to advice from outside your immediate circle as it is to invest. Thanks, Mrs. Lewis.

3. Deferred Retirement (or None at All)

Longer life expectancies, exploding health care costs, dwindling social security benefits, and inflation all jeopardize the retirement of even the most prepared worker. The former benchmark of $1 million is no longer a safe retirement target. In short, the process is more complicated than ever before. I don’t anticipate retiring at 65 like my dad. In fact, the Social Security Administration bumped the full retirement age to 67 for those born after 1960.

But I’m one of the lucky ones. Most Americans are unable to save. For them, there is no retirement age. Though my dad is considering working part-time at some point during his retirement, it’s not the same as never even reaching the finish line. My dad argues that the golden age in America for retirement was his older sister’s generation, those that came into adulthood in the 60s. “They’re the ones that got the easiest path to financial stability. Now you’re rolling the dice one way or another.”

Perhaps the biggest change between my dad’s retirement and mine is that planning for it is becoming more speculative. The concept didn’t even really exist until a century ago, so the model has always been in flux, but our increasingly complex world is making it even exponentially more so.

Talking to my dad carried a bleak undertone. While many of these differences are natural results of good things like people living longer, some are side effects of pernicious trends. Knowing how good people had it in the past can equip my generation to demand from our policymakers a better future.

Jaclyn is a writer from New Hampshire and received a B.A. in English from Colby-Sawyer College. Her favorite YouTube video is “Raccoon Plays with Colorful Abacus.” Read more of her writing here, or find her posting about her cat and travels on Twitter and Instagram.