3 Ways I Make The Most Out Of Networking, AKA My Own Personal Hell 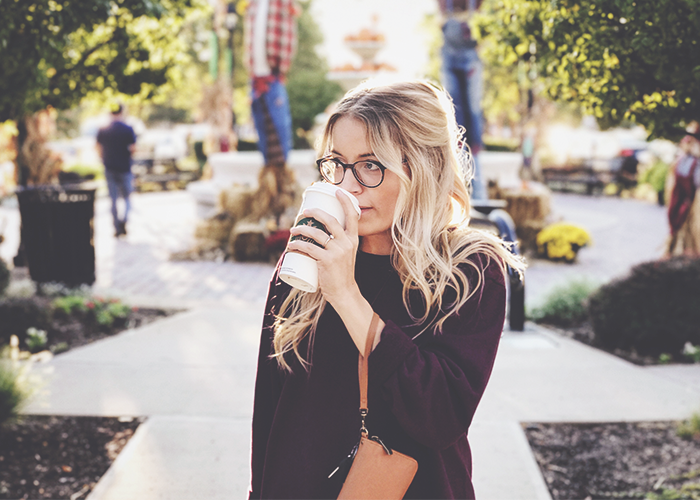 I hate networking. I went to business school. I have had business cards and a LinkedIn account since high school. I know the importance of a good handshake, of the 30-second elevator pitch. Networking should be a thing of second nature to me by now, but it isn’t.

Networking feels like I’m being constantly put on the spot to “explain myself.” Conversations can feel surface-level and fleeting, like people are trying to quickly figure out if they have anything to gain from talking to you. Are you interesting? Successful? Can you help me? Networking feels sleazy and gross, but I feel like I need to meet new people. I work at a big company. I went to a small school. Even though I cringe at the process, I get excited when I meet someone who has a passion they’re pursuing. Sometimes, I want to meet someone doing something totally unrelated to what I’m doing, and I want to understand what lights them up. I like when people can teach me something new. It can feel seedy, but I see the value of networking. I have been to a couple of events in pursuit of my goal, but it is still a work in progress.

I made a resolution at the beginning of 2016 that I would go to one networking event a month, so that I could become more comfortable with it. I went to one the other night in an effort to make good on my resolution, and put myself out of my comfort zone to hopefully meet some people I would be interested in connecting with. I shook hands. I smiled. I explained my role as a strategy consultant, and the work I do in risk management. At times, I could feel people mentally pulling away with disinterest, eyes wandering to peek at name tags on coat jackets, searching for someone else who would hopefully be more interesting to speak with.

It was discouraging, but I still believe there’s value in putting myself out there, at least to be more comfortable in introducing myself to new people, as I do with new clients or new people I meet in the office. I know I can improve, and with that, I thought of some things that I will try to do better next time.

The networking event was generally intended for young professionals, but while I met professionals who were my age, some were easily in their early 60s. Although there’s something to be said for just diving in and making yourself go somewhere and talk to people, I might have been better off going to an event targeted toward a specific topic of interest or industry, rather than one targeted to such a broad audience as you don’t know what kind of mixed bag you’re going to get.

Maybe this is a reflection of who I ended up interacting with, but I found myself answering a barrage of questions and having to explain what I do, that it became almost a race of who could answer the quickest and most cleverly. I found myself in groups of people where two or three people were dominating the conversation, the rest of us surrounding the perimeter, unsure whether to interject or just nod and follow along. Before I try networking again, I want to research how to better navigate the room, and learn about techniques to slow conversations down more, so that the person I’m speaking with gets more equal time. Then we can move from the generic “What do you do?” and “Where are you from?” to topics yielding more interest and engagement.

3. Consider the objectives for attending the event.

My main objectives for going were to become more comfortable at introducing myself to people I don’t work with or know, and to meet people who were engaged in careers that they loved, to learn from them about how they have shaped their skills to create their career. In summary: introduction pitching and career mentorship. However, a lot of the people I met were recruiters looking for candidates in unrelated fields to my own, or professionals looking for a job. Only a small handful were there for the same reasons as myself.

As I work on becoming a better networker/connector/professional, I feel like I have more questions than answers. How do you introduce yourself? How do you maintain interest without feeling like you’re putting on a show? How do you say “goodbye” when a connection clearly hasn’t been made? How have you connected with people in a way that is authentic, where you’re both benefitting from getting to know one another? I want to know what you’ve done in the past that has worked well for you.

Antoinette is a coffee dependent, Boston-based business strategy consultant who enjoys learning travel hacks, watching stand-up comedy, and slurping oysters raw on the half shell. You can find her on Instagram.