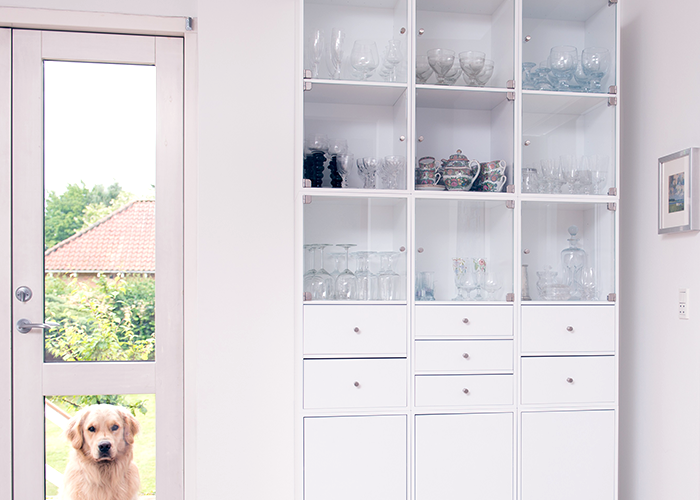 Decluttering and spring cleaning seem to be on a lot of people’s minds at the moment, and after being inspired by a few people (TFD contributors included!), I have been decided to jump on the bandwagon. I am moving in a few weeks’ time, and I want to make the process easier on myself by getting rid of as much excess stuff as I can. It’s a slow process, and I’m only partway through it at the moment. But going through the stuff I have accumulated over the years has made me really think about the ways that I buy and use (or don’t use) things. By considering this, hopefully I can re-evaluate the ways I deploy my resources, to better benefit myself and the people around me. Here are some of the musings I’ve had on the intersection of my stuff and my money while I’ve been cleaning out.

1. Being lazy and disorganized costs me money.

Confession: I’m a bit of a hoarder. When something has the potential to be useful, I am hesitant to throw it out. This habit has served me well in the past — if you need a rubber band, a pen or a shopping bag, I’m your girl. However as a result, I have a horrendous amount of duplicated stuff that I never use.

I have about 20 mini bottles of shampoo, conditioner and body wash, in addition to 10 half-used up tubes of lotion and hand cream. Now, these do come in handy — over the past few years, I’ve spent a lot of time living out of a suitcase while housesitting — but these have remained untouched for the past goodness-knows-however-long. Whenever I get something, like the aforementioned travel shampoo, I’ll think to myself, That will be useful!, put it in a bag in the bottom of my dresser with all my other toiletries, and promptly forget about it. Then, when I am packing my bag to go off somewhere for a week, I will end up buying another mini bottle, thus perpetuating the cycle and wasting a couple more dollars.

I’ve also been pretty lazy about managing my spare change. I have a jar where I keep the excess coins I accumulate, and have been planning on depositing them in my bank account for the past… year. I am proud to say that I finally got off my butt and took them into a branch and deposit them. Although it won’t be gathering much interest in my savings account, it is still better than gathering dust on my dresser.

The problem here isn’t collecting coins and bottles, but the fact that I am not utilizing the resources that I so carefully save. There is no point in me preserving stuff if I don’t store it in a way that makes me actually use it. This is something I am working on remedying — I’ve put the things I tend to accumulate in bulk into labelled boxes on my bookshelf, where hopefully they will stay in sight and in mind.

2. I spend a lot of money on the sort of person I would like to be.

Going through a couple of decades’ worth of stuff has been a walk down memory lane. I found my carefully-labelled rock collection from my geology phase in primary school, a few language-learning CDs

from when I wanted to be fancy cosmopolitan traveller, and approximately one million cute little notebooks, day planners

and organizational items. One of the things that these have in common is that they reflect the sort of person I wanted to be at the different stages of my life.

Now, I know I’m not alone in buying stuff that I think will make me closer to an idealized version of myself. All of us who have bought and never used a gym membership will be familiar with this. I’m certainly not saying that we shouldn’t purchase things that will help us achieve our goals, but there comes a point where buying stuff takes the place of actually taking steps to improve ourselves. I love the thought of being a super-organized person who is always at inbox-zero and has her life planned out, hence the abundance of diaries and notebooks mentioned above. I find buying stationary to be a lot of fun, in part because it feeds the part of my soul that wants to be hyper organized while looking super chic. And while having somewhere to physically write down my to-do lists is incredibly helpful, buying more notebooks won’t morph me into that put-together person I aspire to be. (Especially seeing as I already have a draw full of half-used stationary next to my mini-shampoos.)

Most of the things I’ve been getting rid of have been perfectly serviceable, functional items that I just don’t need or want to use anymore. I have a tendency to hold on to stuff long after I will ever use it, just because it isn’t broken and therefore shouldn’t be thrown out. I have stacks of books that I have read (in some cases, many times over) that I don’t see myself picking up again in the foreseeable future. I have a collection of barely-used skincare products that I bought with the hope that they would clear up my acne, but gave up on. I have a few handbags that don’t match my style, and somehow I have about 3,497 scarves (even though I am too claustrophobic to wear them — I hate having anything around my neck).

I’m not going to use any of this stuff, but I know people who would love them. I know that I can give these sorts of things to charity shops and they will be going to a good cause, but it’s a delightful feeling when a friend pours over your castoffs and finds something they love. So far, I have given away a handbag to a friend (it matches her personal aesthetic much better that mine), as well as a book as a birthday present for her sister.

“One man’s trash is another man’s treasure.” What is a dead weight to me can make another person really happy, so I’m going to try to be deliberate about asking friends to have a rifle through my old stuff before donating it. As far as I can tell, none of what I’m giving away is fancy enough to be sold second hand, but that doesn’t mean it can’t be valuable to a new owner. And the warm fuzzy feeling I get from giving to friends is priceless.

Getting rid of old or unused stuff has tangible benefits — it’s certainly going to make moving a hell of a lot easier, as I’m not going to have to lug around quite as much. It has also taught me useful lessons about how to buy, use, store and give things, which will hopefully help me save money in the long run.

Hannah is a science student living in Sydney, Australia. She loves reading fantasy novels, hiking, and drinking tea (though not all at the same time).