3 Hacks To Effortlessly Keep Your Home Clean, According To A Reformed Slob 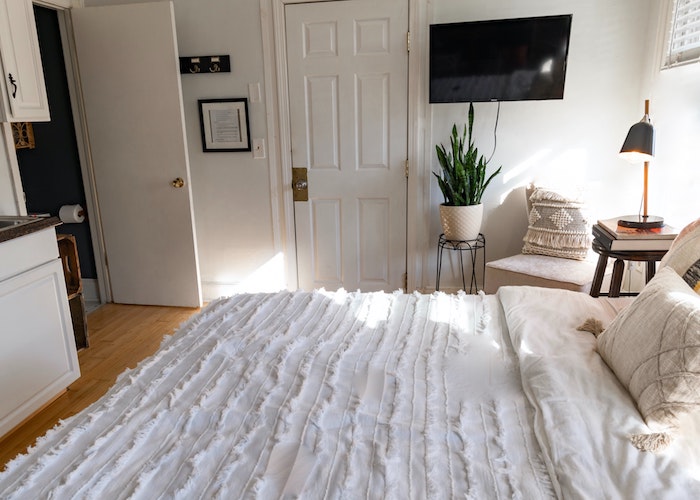 These key things helped me transition from gross slob to 95% clean person.

I have a confession to make: I’m naturally pretty damn messy. Not Hoarders messy, but definitely  “need advance notice if company is coming over” messy. A couple of years ago, I realized I needed to make a change, and that my messy environment was negatively impacting my mental health. Going to sleep and waking up every day in a cluttered environment felt like a double whammy — starting and ending each day with a failure. It had to stop.

These are the changes I made and have sustained over the last three years that have kept my mess at bay:

1. Be extremely intentional with what you own.

A lot of people don’t like the idea of “minimalism,” but becoming intentional about what I owned was a turning point in my transition from slob to not-slob. I have a habit of acquiring stuff, either through impulse purchases or “adopting” things when friends move out of state. This means that I had closets full of fishing poles and wading boots (I have never fished in my life), baking accessories (I hate to bake), and abandoned hobbies (turns out I don’t have a strong passion for woodburning). This contributed to my overall messiness because even when I wanted to clean up my act, all this crap I’d accumulated was working against me. I ended up just moving piles from one area to another in an effort to “tidy.”

One weekend, I decided I was done. I took two cars full of perfectly usable stuff to my local thrift store, and I haven’t missed a single item since. I also went through and digitized (read: took pictures of) a giant box of sentimental cards, knick-knacks, stuffed animals, and other gifts that I had been lugging around with me for years. I can still look at those items and read those cards if I’m feeling nostalgic, but without the physical items filling up my space. I also curbed my impulse spending by deactivating my Amazon Prime and deleting my saved payment data from my most often-used shopping sites. Now my environment is filled with the things I use constantly, and nothing else.

A lot of my “mess” came from having inadequate systems around my house. Take my mail, for example; I had it absolutely everywhere. Bills, important tax documents, Costco fliers, and junk mail were strewn over my house because I didn’t have a system for anything incoming. The first thing I did was collect my mail from every corner of my house, sit down at my computer, and opt for paperless billing every chance I had, which easily cut the problem in half. Then, I bought a small recycle bin that I keep near my front door: everything that doesn’t require a response or need to be filed away doesn’t come in the house.

Systems can be applied to any source of mess. Constantly pilling dirty clothes in one area of your room? Put a laundry basket there to remind yourself to toss it in the washing machine when the basket is full. Have a certain coffee table that collects trash and junk? Get rid of the table, or move it farther away from the sofa so it doesn’t become a catch-all. Find mess “hot spots” in your home and create systems to circumvent the issue before it even becomes a cluttered trash pile. 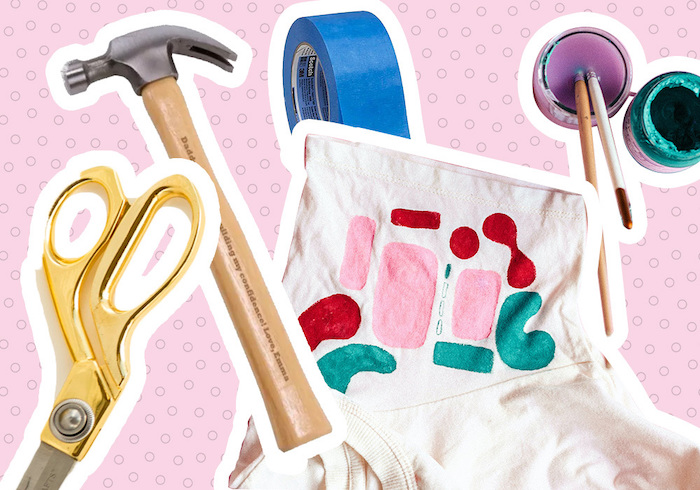 3. Don’t put things down, put them away.

In the last few years, this has become my spiritual mantra and has reduced actual “cleaning” time to a few minutes a day instead of an entire weekend. Every time I’m tempted to leave a half-empty can of LaCroix on a bookshelf or leave a pile of papers on the floor, I tell myself, “Don’t put it down, put it away.” Do I occasionally mess up? Absolutely. But the amount of time I’ve saved by being mindful and choosing to be deliberate with how I operate within my space has been a game-changer.

Along the same lines, I also take on a “clean as I go” mentality, whereas before I operated with a “clean eventually, when I have to because of shame” mentality. Maintaining is much easier than cleaning. Rinsing newly dirty dishes with soapy water is much easier than scraping off caked-on old food. Once you realize the power of maintaining, you’ll never want to go back to wasting an entire day off elbow-deep in old messes.

These key things helped me transition from gross slob to functioning, 95% clean person.

My mental health has improved significantly, as have my finances. I can now use my environment as an indicator of my mental state because I have the clarity to recognize when I’m filling up my usually clean counters with dishes, or when I’m using retail therapy to justify buying duplicates of items I already have. Plus, the lack of impulse spending allows me to really focus on what I know to be meaningful to me, and I’m able to interact with my environment as something that recharges me instead of embarrasses me.