My 30-Day Challenge To Overhaul My Unhealthy Habits 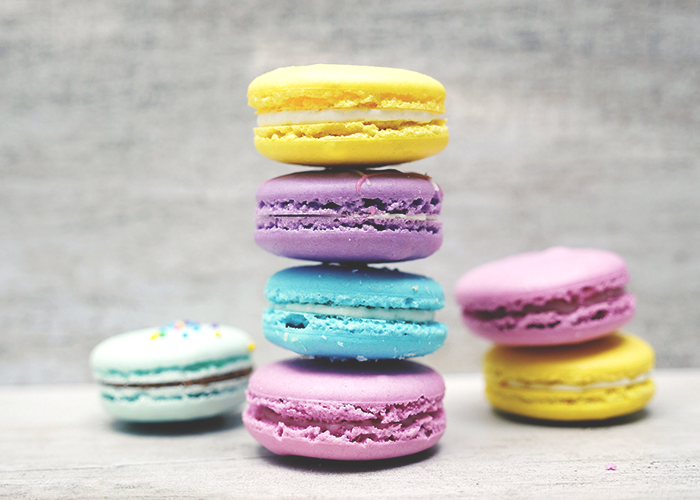 In today’s installment of the TFD Team’s attempt to better ourselves and our lives via a 30-day challenge, I’m going to talk a little bit about food. (In case you missed it, Lauren is challenging herself to work in her sketchbook at least once per day, Chelsea is trying to hit 500k steps this month and improve her fitness level, and Holly is decluttering her apartment in preparation for her impending move.)

Food has never really been something on my radar.

I mean, I know what it is obviously, and I do actively seek it out as humans tend to –- I love cooking it and eating it, and enjoy it daily for both pleasure and fuel. But what I mean is, my food consumption has never really been a thing I’ve had to think twice about.

It seems that people only really start to think actively about what they’re eating when they have a reason to, like feeling sick, having an allergy, or feeling uncomfortable with their weight.

I’ve always been pretty naturally thin, and although I am a very physical active person, I also know that even in bouts of laziness where I drop all of my activity and keep my consumption the same, I’m not likely to gain weight. I’m still young enough and my body is still efficient enough that I don’t really need to think too much about what I’m shoving in my gullet. This sounds like a humblebrag, and maybe it is, but mostly I’m just trying to be honest: even though I like the idea of eating better and having a cleaner, healthier diet (for health reasons completely aside from losing weight), I’ve never really done it because I’ve never really felt like I had to. I ate French fries three times this weekend, and as I write this, I am sitting on the couch in my bikini

feeling perfectly comfortable. I’m grateful for this era of my metabolism, especially because I have zero idea how long it will last.

However, something inside of my body is changing, even though the outside still somehow feels comfortable in a bikini after three separate servings of French fries. Lately, I’ve been feeling kind of unwell. It isn’t something I can quite put my finger on (and believe me, I’ve had a team of doctors trying to help me figure it out), but the symptoms look a bit like this: I’m exhausted even after a 12-hour sleep. I’m achy all over, all the time. My skin is dry and sad-looking. I often feel dizzy –- like, world-spinning dizzy. And everything makes me feel nauseated – the smell of most foods, eating most foods (except French fries, apparently), car rides of any length, and even a ride on an elevator is enough to make me feel like I’m going to be sick. It isn’t terrible, because I never actually get sick. But feeling nauseated and dizzy still isn’t fun.

With no rhyme or reason to the pattern of all of this sick yuckiness, I’ve decided to take matters into my own hands in the only way I can: I’m going to change the way I eat. I’m not really going to change it in a dramatic way — I’m definitely not a trendy-diet person. I looked into Whole30

, and although it seems to work for a lot of people trying to lose weight, it wasn’t for me. My boyfriend sticks pretty religiously to low-carb to keep his weight healthy and his energy up, and it works for him -– but it sounds highly fucking terrible to me.

A life without even the possibility of French fries isn’t a life I want to live.

However, although I’m not planning on beginning a fancy, labeled, Capital-D Diet, I am implementing a change in the way I see food. The change being: just because you can eat it and not see a noticeable difference in your body doesn’t mean you should eat it. French fries are incredible, but they weren’t meant to be eaten every day, even if you won’t gain weight.

In general, it is important to remind myself often that my size isn’t the thing I should be worrying about when I eat food. I need to remember that what I eat affects so many things besides my weight, and some of those things may be contributing to why I’m feeling so awful lately. Basically, instead of eating something and saying “I can eat this because I won’t get fat if I eat it,” I should be saying “I can eat this and won’t feel sick or exhausted after I eat it.”

For the next 30 days, I will be actively monitoring what I eat, and thinking a lot more mindfully about what I choose to put in my body. I am going to cut back on alcohol for sure, not mess with over-processed grocery store snacks (even though we all know I love me some Ritz Bits

), and try to keep away from sugar as much as possible. (I would say I’m cutting out dairy too, because I know that is a thing that gives a lot of people stomach issues, but I truly hardly consume any dairy besides the occasional ice cream.)

This will also require a lot less “eating out” and a lot more at-home food prep. My boyfriend and I already try our best to cook most nights and eat at restaurants rarely, but with the celebrations surrounding my college graduation and the fact that we’re two weeks from moving to a new place and have a cluttered, packed up apartment, we’ve definitely found ourselves grabbing food out more than our bellies and wallets would probably prefer. I’m swiping some cookbooks from my mom, compiling a list of simple, healthy Pinterest recipes, and hoping to actually plan out my week in meals to make sure I don’t run to unhealthy takeout on a stressful or busy night.

I will be measuring my progress during my journey in a food diary –- basically, I plan to write down what I eat at the end of the day and then write a short journal entry to myself about how I feel. During my half-way update, I’ll share with TFD any noteworthy findings from my food journal, and any tips or tricks I’ve found helpful in improving my overall health along the way.

Hopefully, I’ll uncover some sort of food-secret, like “I feel worlds better when I eat French fries, and only have belly-issues when I eat kale! Crazy!” But like, who knows. Stay tuned.