34 One-Sentence Rules That Actually Help Me Achieve My Dreams 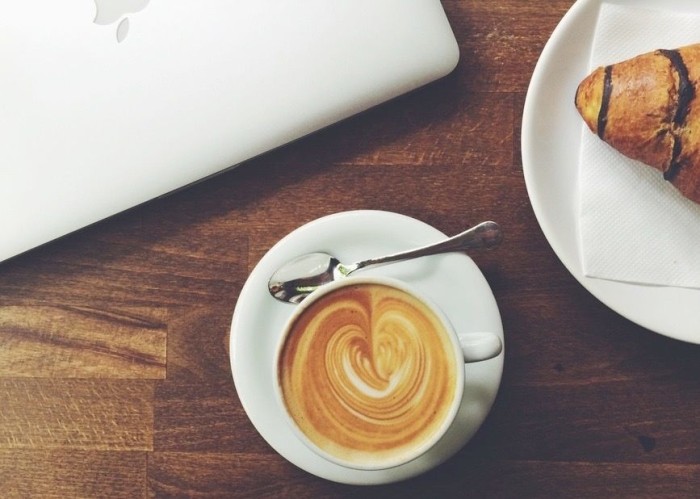 I have a lot of dreams. And most of them still exist in this kind of vague, fuzzy ether, like a picture that’s been run through several flattering VSCO filters. There’s something nice about those dreams, the ones that remain pleasantly un-shaped, where I imagine myself in snapshots of some Other life, cooking in my airy kitchen or at some highly-important business meeting or traveling on a whim. Most of us, I think, find a certain amount of safety and comfort in keeping our dreams fuzzy, because then there is no pressing need to do the often-difficult things required to follow them. We don’t have to break these dreams down into their manageable components, or sacrifice for them. For many reasons, I intentionally keep many of my goals that way. I don’t have the mental capacity, at this time, to figure out the logistics of a fully Transatlantic existence, for example.

But there are many other dreams I’ve had in life that have been very tangible, and which I’ve achieved by doing the very thing I avoid: breaking it down into smaller parts, and actually doing the hard work to get there. I’m a professional writer, a small business owner, a frequent traveler, a duplex-liver, a former resident of the Rive Gauche, a bilingual-claimer who is not lying on her resume, and someone who has touched a book with her name on it in multiple bookstores. (That last one was perhaps the most exciting.)

That last paragraph is vomitous, yes, and I don’t like bragging. But I also find it highly-motivating to think of the things that I dreamed of having in that very fuzzy way at one point in my life, which became decidely un-fuzzy through sustained and concentrated effort. And this past year has been one in which I’ve had to do that many times. I’ve had to put hard numbers on my dreams, figure them out logistically, and learn how to make them real.

And in the past, whether that meant writing four articles a day for years at a time, paying for things like lawyers and accountants even though it is painful, harassing my grandmother in high school to practice French with me, or getting Marc’s family to be my guarantors on a Parisian studio because no one would take an American freelancer otherwise, dream-realizing means humility. It means knowing your limits, and getting people to help you on the other side of them. It means sustained work for what, at the time, can feel like little result. It means un-fuzzying what is just out of focus and making it into an Excel spreadsheet.

Making dreams bite-sized is of the essence. And to that end, I broke up some of my best rules that have helped me into the most manageable size they can be: a single sentence. Hopefully they will be of some help to you, as they were to me.

1. If you need to tell your plans to someone else to help hold you accountable, do it.

2. Make lists, and keep them where you can see them, even if that means covering your laptop with post-its.

3. Have at least one board

in your apartment that you can write big things on.

4. Celebrate when times are good, even if you have to do it by yourself.

5. Forgive yourself for your failures, and find out how to celebrate those, too.

6. Take the biggest idea or vision and break it down into as many individual components as possible, so that you can start tackling them one by one.

7. See how many of your actionable items can help other things, for example: learning a language

to help you get a specific job can open up a whole new world of travel.

8. Take count of how many people already around you can be of help, even if just for a brain-picking.

9. If you learn nothing else, learn the art of quid pro quo when it comes to all things professional.

10. Don’t assume anyone owes you anything.

11. Understand the time you waste worrying about what people think of you is time you’re never getting back.

12. When you feel envious of someone, immediately ask yourself exactly why, and figure out what about yourself you can improve so that you don’t feel envious anymore.

13. Tell people when you admire them, or even envy them: release that demon and turn it into something productive.

14. Remember that you don’t have to rationalize every decision you make to every person in your life.

15. Sort people into categories: “people whose advice and opinions I value deeply,” and “people who are nice enough but whose approval I don’t need.”

16. Don’t look to other people to pull the trigger on your big decisions, because only you can.

17. Send follow-ups and calendar invites, but don’t be annoying with them.

18. If you earned something, ask for it, because it’s not rude to demand what you rightfully were promised.

19. Remember that it isn’t enough to say you want something — you have to actually work for it.

20. Remember that not being willing to work for something means you probably didn’t want it in the first place.

21. Recognize opportunity and seize it, even when you are feeling lazy, because it may not come again.

22. Ask people for help when you really need it, but never take advantage of their generosity.

23. Don’t be ashamed of asking questions.

24. Always pass it forward when it comes to useful professional knowledge and experience.

25. Never, ever make someone regret passing your name along or putting you in touch with someone.

26. Remember that once someone has helped you with something, their reputation is on the line as much as yours is.

27. However long you expect something to take, double it.

28. Do the hardest parts first.

29. Sometimes it’s worth the extra money to pay a professional, no matter how much it hurts to give up that money.

30. At a certain point, you’re just going to have to take the plunge, and it never feels any less scary.

32. Know the difference between smart self-promotion and spamming — for example, the people constantly harassing their entire Facebook to come to their shows or share their work — and do your best not to cross it.

33.Take note of the people who weren’t there for you when it was hard.

34. Take note of the people who were.