4 Avoidable Mistakes That Caused Me To Owe $3,200 In Taxes 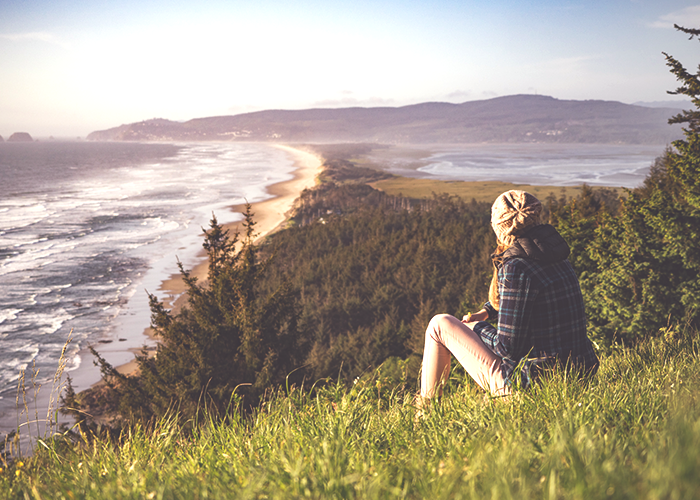 I’m just going to say it: Nothing sucks more than owing taxes — especially when you don’t think you’re going to. And I can say that because I’m speaking from experience: This month, I finally finished paying off $3,200 to the IRS after filing

in April of 2016. It wasn’t my first experiencing owing money towards something (I have credit card and student loan debt), but it was the most devastating. At least when I swiped my credit card at Nordstrom, I knew I was going to be getting a bill in the mail. But I never expected to owe actual money to government, so when I found out I did, I really needed to think about how I could possibly have let this happen.

Looking back, I realize this blunder could have completely been avoided had I been more thoughtful about some of my choices throughout the year. Simple tasks like asking questions and becoming aware of basic knowledge about my tax bracket could have saved me a lot of trouble — and interest — throughout the year. Here are a few mistakes I made that I feel are to blame for me owing money last year.

I’ve had a wide range of part-time jobs over the years, so I’ve filled out quite a few W-4’s. However, (and I feel embarrassed to admit this), I never bothered to ask any of my superiors how to fill them out properly. This was partially due to carelessness (16-year-old retail employee me did not care about taxes — she cared about getting her first $220 paycheck), but also due to a fear of looking stupid for not knowing.

Any time I filled out a tax-related form, I simply checked every box that applied to me, added up lines A through G, signed my name, and hoped for the best. Over the years, this led to me always taking maximum exemptions when I didn’t need to. I didn’t know claiming zero exemptions was even an option. While it was nice to have larger paychecks throughout the year, it really sucked finding out that I needed to pay that “extra” money back. It sucked even more when I realized it could have been completely avoided had I simply asked someone, “Hey, when they say, ‘write exemptions you are claiming,’ does that mean…Does that mean I have a choice to not claim all of them?!”

I probably would have opted for fewer exemptions had I known how they worked, but I let my “I’m-an-adult-I-know-what-I’m-doing” attitude get in the way. I never should have been afraid to ask about things I didn’t understand, especially when it came to something that could cost me money. But the truth was, I never learned how any of this worked growing up, and I felt inferior because of it. Of course, this experience taught me it’s far worse to pretend to know everything and owe money, than to look a little misinformed for a moment.

And while employers are technically not allowed to tell you what to check off on a W-4, they can still offer clarification for things you don’t understand. Or, if you don’t feel comfortable asking them, you could always reach out to tax personnel (many will offer free consultations), or even friends for help.  I certainly wish I did.

2. Not paying attention to my earnings, or more importantly, my tax bracket.

When I first plugged my 2015 W-2 from my barista job into TurboTax, it showed I was receiving a refund. Hooray! However, once I added my second W-2, to my horror, those happy green numbers quickly changed to an alarming red. How did I go from a refund to owing money…and owing so much? $200 would have been fine by me…but $3,200?!

Well, part of that was because my tax liability in 2015 was much higher than it had ever been, and I had no idea. It wasn’t my first time working two jobs, but it was my first time earning a combined income high enough to push me into a new tax bracket. In this case, I moved from the 15% bracket to the 25% one because my total earnings for the year were just slightly above $37,451. This is the lowest amount a single filer could make in 2015 to fall under this level of liability. And let me tell you, there is a huge difference between 15% and 25% when we’re talking hundreds — or in my case, thousands of dollars.

While I would have received a refund based on my earnings of $17,000 as a barista, or my $22,000 from waiting tables, I failed to recognize the IRS cared about the total dollar amount I earned, not my individual incomes. I never bothered to learn the amount I was obligated to pay because I had grown so used to never owing taxes because my earnings as a college student and young twenty-something had always been low enough to qualify for a lower tax rate. I know now, as a full-time, working adult, it is vital to pay attention to that amount, and I would encourage everyone (especially those who are picking up a side hustle) to do the same, because even the slightest increase in earnings can change what you’re obligated to pay for the year.

3. Living beyond my means.

When I found out I had been bumped into a higher tax bracket, it seemed unbelievable to me, because I couldn’t fathom knowing I made “that much” money. $39,000? $39,000 was a lot of money for someone like me, who had been used to my yearly earnings falling under $20,000. My income almost doubled from what I previously earned, yet I had nothing to show for it other than a massive bill from the government.

But the real reason why it never “felt like” I made $39,000 was because I wasn’t being smart about what to do with these new earnings. Yes, my income increased, but so did my spending, and that’s why I never truly felt comfortable. I was living in a very expensive city. I spent money on luxuries like craft cocktails, Lyft rides, and $1,200 every month for a tiny room in a home shared with 9 people. I worked 7 days a week struggling to keep up with this “city girl” lifestyle I had in my head but could not achieve. But this was the hard truth: The IRS did not care about how comfortable I was living. They cared about making sure I was paying my fair share.

Yes, my purchases aren’t what caused me to owe $3,200, but as I mentioned before, the increase in income I needed to accommodate these expenses did. Now I’m doing things like setting a budget every month so that I don’t become accustomed to this bad habit of over-spending ever again.

As I mentioned before, the most shocking part about this huge tax bill was how unprepared I was for it. I never bothered to set aside any funds for a scenario like this, because I assumed, like I had in previous years, I would be getting money back.

This way of thinking caused me to make some not-so-wise (let’s be real: immature) choices with money throughout the year. I treated my paychecks as if they only existed for two purposes: 1. Rent 2. For me to spend. And even when I did save, I only saved for personal desires, like vacations, not an emergency fun-and especially not for taxes.

The biggest mistake I made was assuming I would have the safety net of my tax refund; that my excessive spending was somehow justified, because it would all “work out in the end.” While yes, my hard-earned money is mine, I still need to be responsible and understand that it’s not something that’s inevitable. My job could lay me off at any time. Tax rates could change in the future. Something could happen to myself or my family, and I may need the money to help them out of a bad situation. Anything could happen, and it was selfish of me to assume I wouldn’t need to be prepared.

I now know not to ever assume that things will always work out in my favor, and am currently working on an emergency fund, should I ever I find myself in this situation again — though I’m hoping I won’t. Taxes are inevitable, so from now on, I’m making sure I’m prepared for them.