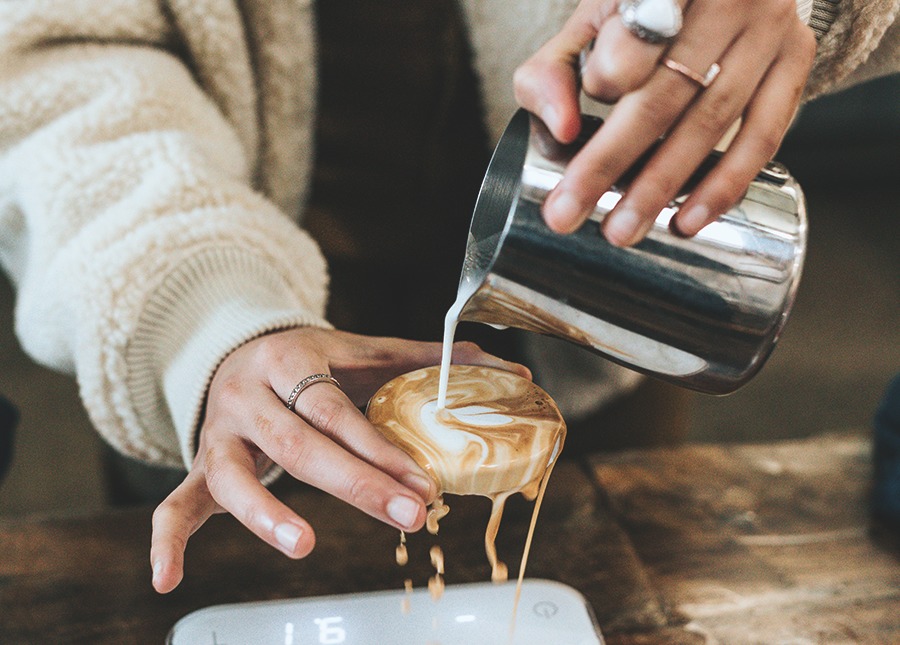 In the immortal words of Hannah Montana,“Everybody makes mistakes. Everybody has those days.” So the next time you catch yourself harping on about all of the money mistakes you’ve made this year, remember: it’s totally fine and normal if you’ve have your fair share of slip-ups, so long as you use them as teaching moments.

Personally, this year, I’ves screwed up a number of times. Some of my blunders have been more serious than others, but thankfully none were life-destroying. Like most people, I’m still figuring out how to use my income wisely and budget in a way that aligns with my future goals. I’m also learning what my triggers are that lead me to impulsively spend on things with have no real purpose in my life, so that I can save more. And with the new year just around the corner, I’m taking time to reflect on four of my biggest embarrassing money mistakes I’ve made this year, what I’ve learned from each of them, and how I’m planning on improving my relationship to my finances so as not to repeat the same mistakes heading into the new year.

1. Not budgeting properly for gifts for special occasions

I only typically buy gifts for my immediate family members (mom, grandma, and step-grandfather) for birthdays and Christmas every year. Since all of their birthdays happen during the latter half of the year, I don’t bother to budget for their presents or a restaurant date with them until June or July — sometimes even waiting until August for my mother’s birthday in September. Well, that strategy turned out to be the worst thing I could do. This year, when it came time for my mother’s special day, I was running low on funds. I ended up having to pay for my mom’s birthday dinner on my credit card (not ideal), because there was no option for staying at home. Going out for a nice meal is a tradition for us. While using my credit was a great quick fix, I did end up paying a little interest on her present because of poor planning. I refuse to let that happen again, so starting in January, I’ll be putting aside $30 – $40 a month for birthdays and the holidays so that when they roll around, I’ll be financially ready to treat my loved ones without guilt or worry.

2. Taking out everything in my bank account without accounting for automatic payments

Earlier this year (April? May?), I decided I need to stop buying takeout food so damn much. I went on an all-cash diet. In order to complete what seemed like an impossible mission to me at the time (I was addicted to Seamless, okay?), I made a rule that I would take out all of the money in my bank account and divvy it up into different spending categories. Whatever I set aside for food was all I was allowed to spend on food. Before taking out the cash, I made sure to pay for my cell phone bill so I wouldn’t have to worry about overdrafting by mistake. Well, joke’s on me, because it still happened, thanks to my lack of foresight.

Not even a couple of days into this all-cash diet I created for myself, both the money for my Netflix subscription (which I’d forgotten about) and dues for the digital freelance group I’m in (ditto) came out of my account on the same afternoon. Yikes! Once I got the notification from Chase notifying me that I was now in the red, I thought, I’ll just put money into my account tomorrow money. I should be fine. Reader, I wasn’t fine. The next day, good ol’ Chase slapped me with $34 overdraft fee, which I could have avoided if I had just gone to the ATM as soon I saw the negative balance, as Chase doesn’t penalize you if you get yourself back in the green the same day you’ve overdrafted. Lesson learned: always leave some cash in your bank account as a buffer, and if you overdraft by mistake, deposit money to get it back to a positive balance as soon as you can.

3. Paying late fees on my credit card because of laziness

Do you ever have those moments where you know your credit card bill is due soon, like in the next couple of days, but you forget about it until it’s been sitting unpaid for days or weeks on end? No? Just me? Okay. Well, I’ve done that twice this year, and honestly, the late fees I ended up paying because of my sheer laziness were completely avoidable. So as to avoid paying unnecessary late credit card fees for as long as I have a line of credit open, I’ll be setting reminders on my Gcal and writing down the due date for my credit card in my planner. That way, I’m always hyper-aware of when it needs to be paid. When I get to a position to do so, I’ll be setting up automatic payments so I don’t have to worry about doing that manually. Lastly, I’m going to try and keep my usage of my credit card to a minimum so there won’t be a bill to worry about in the first place, since nothing will have been charged to it that I need to pay off.

4. Completely abandoning my side hustle

Okay, this point isn’t technically embarrassing, but it could’ve save me from aforementioned embarrassments if I had only done it, and that’s my tried-and-true side hustles — mystery shopping and focus groups. I didn’t stop doing them because they stopped being lucrative or good avenues for extra income, but rather, again, out of sheer laziness. And honestly, I’m so disappointed, because I could have used the money!

Similarly to how I go into mystery shopping, which I’ve written about before for TFD, I’ve worked with a handful of marketing agencies in the past who have put me in a host of focus groups whenever I fit the demographic for market research they were doing for companies. Each time I’d participate in a focus group, I’d easily get $100 – $200 for an hour to two hours of my time. Talk about really easy money. Well, apparently not easy enough, as I gave up on doing them, and the agencies stopped calling me once I showed disinterest.

Next year, I’ll be registering with some new marketing agencies who run focus groups so I can start earning from them again. They’re so easy and don’t require much from participants other than their opinions on products. Same goes for mystery shopping. I’m going to take at least one weekend every month to do a bunch of mystery shops and stop making excuses about why I can’t take on a side hustle in addition to my main gigs as a freelance writer. If I’m going to be a true hustler, I can’t continue leaving money on the table!

For as long as I’m alive, I’ll keep on making silly mistakes. But that’s just part of being human, isn’t it? All I can hope for is that I’ll be able to bounce back from each and every one — and better myself as a result.

This post was originally published on December 26, 2018, and has since been updated.

Shammara is a featured columnist at The Financial Diet. When she’s not writing about her financial woes, you can find her on Twitter sharing her thoughts on beauty and fashion trends and pop culture.