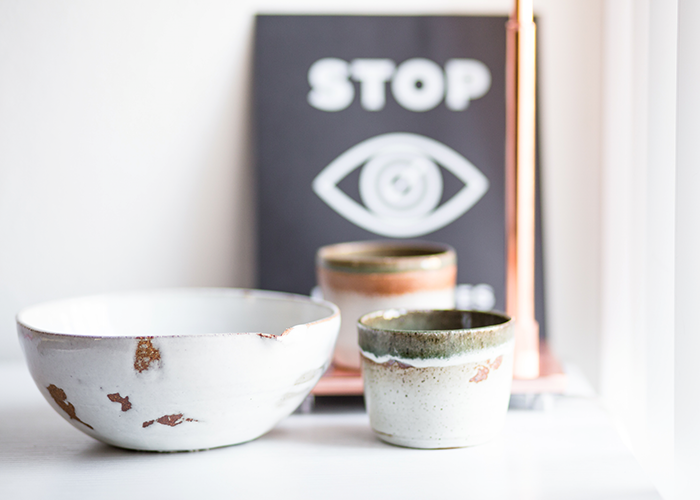 Since moving from Boston to Los Angeles, I’ve taken a hard look at the things I once thought were essential to my well-being. After careful introspection, it turned out that most of the things I owned and some of the ideas I had were really just weighing me down. Once I got rid of them and simplified my life, I realized I didn’t miss them at all.

Another added benefit to this mentality is that it has helped my husband, Ivan, and I create a more open-ended and flexible lifestyle, one where we can move wherever and whenever an opportunity pops up. Even more importantly, it’s put into perspective what really matters to both of us.

Here is a list of things we’ve come to realize we don’t “need” anymore:

What constitutes “enough”? Oftentimes “enough” is the point lying just beyond what we already have. It’s kind of like “tomorrow” — a day none of us will ever reach (#itsalwaystoday #deep).

When it comes to our living space, we know “enough” is whatever we make of it. We’ve been living out of <400 square ft studios for the past five years, and this has never stopped us from making do with what we’ve got. One of us needs privacy? A walk by day, a coffee shop by night. Hosting parties? Invite less people: more friends, and fewer acquaintances. Guests spending the night? Two words: sofa bed

. We’ve hosted my parents, my siblings and our friends on multiple occasions. It was cozy.

Having “enough” home at this point in our lives simply means a clean, well-lighted place with good company.

2. Furniture as self expression

We’ve found that it’s better to express ourselves personally with what we create than with what we buy. It’s exhausting enough having to curate our whole lives online. We own five pieces of furniture in total — bed, sofa, desk, kitchen table, and bookshelf — which cost us under $1,000 total, and fulfills each basic function as an effective workspace, reading space, and relaxation area for our tiny studio.

We’ve never owned a television, and our phones are always at least two years out of date. I’ve got a Google Nexus 5, which came out in 2013. Ivan still uses an iPhone 4S, which cost him $75 used. They work just fine.

We also have our back-up phones ready: an LG phone and an iPhone 5, which were hot commodities back in 2015. They were free hand-me-downs from my family who chose to spend hundreds of dollars to upgrade to the latest gadget with specs that make absolutely no fucking difference. For our personal laptops (outside of the Macbook Pro issued by my company), I’ve got a $600 Macbook Air from 2013, and Ivan has a ASUS laptop, which, after trading in his old Toshiba at Best Buy, cost him a grand total of $50.

No wardrobe will ever be “complete.” So why bother? Ivan and I shop for clothing twice a year, and in the meantime, we learn to live with what we’ve got: which is half a wardrobe each — around 7-8 changes of quality-but-versatile pieces. This is where living in LA comes in handy. Since moving from Boston, we’ve only really had to dress for one and a half seasons.

On the flip side, here are the four things we can’t live without:

We love taking long walks together. It’s just our way of chatting (or really, verbal sparring), getting some exercise, and changing up our routine. We love living in areas that have a distinctive personality and a bit of commotion. It’s stimulating to be able to walk around the neighborhood, and helps us generate new creative ideas while spending time together.

I’ve found this to be the hardest part about Los Angeles, but it turns out that we love a great, non-pretentious, and affordable used bookstore. It’s a priority, mainly because Ivan enjoys browsing, and cycles through books constantly.

We started going to the local farmer’s market when we lived in Boston; every week (before winter), we’d head over to the Haymarket Farmer’s Market, and it was truly affordable for the community. With $10 or $15, it was easy to feed a family of two; we like being able to buy locally, but not at Whole Food’s, or worse, Erewhon prices.

Jennie and Ivan are a twenty something couple based in Los Angeles. Together, they run a simple living blog called The Origami Life. It tracks their progress to September 2018, the month they plan on selling their worldly possessions and embarking on a global search for the simple life.