How Having Fewer Friends Is Better For Your Life & Bank Account 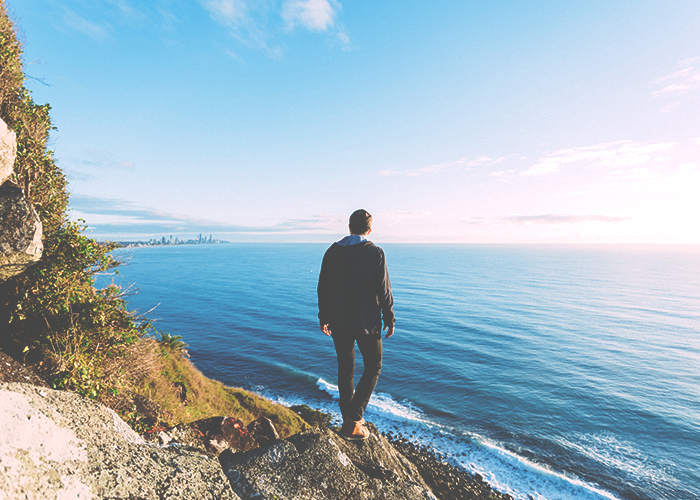 I don’t have many steadfast mantras that I live by, but one thing I have stuck by for a good, long time is that I am not the kind of person who can handle having tons of friends. I haven’t kept up with many people from high school; sometimes I see people I was close with 8 or 10 years ago having fun together in a photo on Facebook, and I get a little pang of guilt and wistfulness, thinking I should have tried to keep in touch better. No matter my reasonings for not keeping people around from my past, I sometimes can’t help but feel a little insecure about not being a better friend to people I cared a lot about for so many years when I was younger.

But between moving away for college and not wanting to resume living in my home state, keeping up with most of those friends fell by the wayside. (Not to mention the fact that sometimes, people simply grow apart.) I visited a few of them my first year of college, but the calls and Skype dates started getting fewer and farther between, and those relationships started getting replaced with the people I was actually spending time near. I value my main circle of friendships so highly that trying to keep up with a million or so acquaintances feels not only tiresome, but stressful — the more time I spend being highly social with many people, the less time I spend investing in the people I care about most. And, though I still talk to a select few people from my childhood, but I sometimes can’t help but feel like my inability — or unwillingness — to keep in touch as a shortcoming on my part.

Any article validating my tendencies, therefore, is something I can’t ignore. I knew I was in agreement with this Quartz headline, “Why We’re Better Off With Fewer Friends,” before I’d even read the article (which I wholeheartedly encourage you to do!). In it, writer Toby Crabbe speaks to the phenomenon of collecting friends and contacts on social media. We get a feeling of satisfaction by seeing the numbers in our Facebook friends list add up, but as it turns out, the people who use Facebook the most are actually less happy in life. Basically — as you’ve probably ~heard~ — the internet has made us more isolated than ever, so even though there are more “friends” at our fingertips, a lot of us are actually lonelier than ever before.

The article doesn’t position social media as the enemy — rather, it notes that it can certainly be useful in reinforcing real-life relationships. But it’s those of us who are already feeling lonely and isolated that use Facebook more, who are more likely to have more friends and contacts, but less likely to have people in their lives they would consider close confidants. Here, Crabbe discusses a study on people’s values in regards to their relationships

Two distinct relationship-related values: popularity (the drive to have more friends and be liked by a wider circle of people) and affinity (the drive to deepen and build close relationships). Those for whom popularity was more important, were less happy, less healthy, more depressed, and used more drugs. Those who strived for affinity were the complete opposite. We wrongly assume more is better for most things in life. It just isn’t the case with relationships.

Of course, people have different levels of social interaction that they prefer. I have friends who are a lot more popular than me, but we’re still very close, and I don’t think our relationships suffer because they spend a lot more time around different people than I do. It’s when you try and put too much effort into friendships that aren’t healthy, or that you don’t value enough on a personal level, I think, that having many, many friends becomes a problem. If you have many friends, but can’t name one person that you consider very close, that’s a problem for your overall health and well-being. Having many friends could mean that you’re stretching yourself too thin, and not giving yourself enough of an opportunity to be a good friend to the people you care about most.

Crabbe notes that “having a good friend who you see every day is equivalent to an extra $100,000 on your income,” at least from a health and happiness perspective. That is to say, even if you can’t place a hard-number value on a friendship, the effect on your overall happiness and feeling of security can’t be overstated.

I personally can’t quantify the effect my close friendships have on my bank account, but I will say this: the times in my life where I’ve spent the most money in social situations (going out to bars, grabbing lunch multiple times a week, etc.) were the times when I was trying to bond with people I wasn’t already close with. When I started my first job in a new city, I would regularly go out with my coworkers, even though I felt like I saw enough of them at the office. Because when you have close relationships with people, you don’t feel like you have to do something that requires spending money every time you’re with them. For example, my roommate and I go to a show and a fancy dinner once a year to celebrate our birthdays, but the rest of the time, we mostly bond over making dinner and just chatting on the couch. When I started dating my boyfriend, I spent way more on going out than I’m used to, which, to me, seems like a normal part of dating — but I much prefer being where we are now, 10 months down the line, with most “date nights” consisting of watching something on Netflix. As Crabbe puts it,

It’s crucial we make sure the bubble-gum transactions with the many, and the ego-enhancement of growing an ever bigger network, don’t entice us away from the really important stuff; growing the depth of our closest relationships. We need to guard against the ready distraction of the hundreds, stealing our attention from the private moments with those who share our journey.

There’s joy to be found in making new friends at every age, but there’s also beauty in cultivating the relationships that mean the most to you. I firmly believe that having good friendships that you spend time investing in makes everything in life a little better.