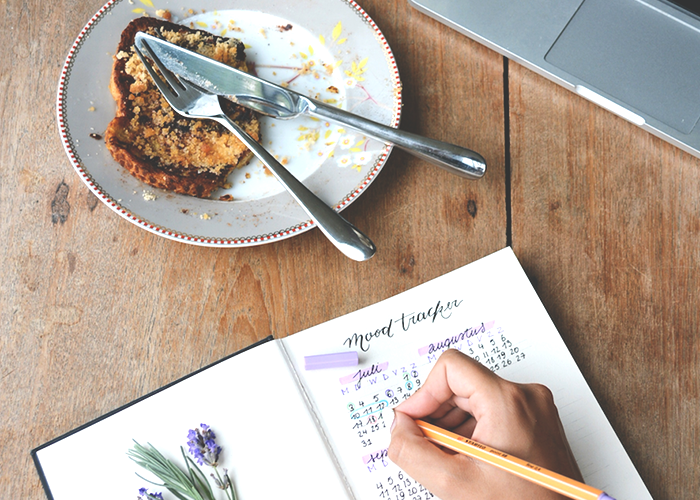 When I walked into my gym a week into 2018, I wasn’t greeted by the massive crowds I had expected. There was only one other person there. According to Nielsen’s, 64% of New Year’s Resolutions don’t last the first month. Now it’s only been a few weeks into 2018, and I wondered if people had already given up.

I have often failed at my resolutions, but I decided to make a change last year. Though 2017 was a tough year for many, it was an incredible year of growth for me. At the end of 2016, I was dealing with a totaled car and the fallout of a broken engagement. I was canceling my wedding while moving apartments and working 70 hours a week at a job I hated. So in 2017, I got serious about feeling and being better. Over the past year, I exercised regularly, lost 10 pounds, nearly doubled my net worth, junked or donated multiple garbage bags worth of stuff from my apartment, finally started journaling and blogging, made a few great new friends, and read 70 books. Basically, I did all the normal New Year’s resolutions people make, but I finally made them stick.
2017 was the year I decided to stop making excuses and create better routines for myself. Here’s how I did it:
1. I assessed whether these were goals I really wanted to accomplish.

Most people don’t pick resolutions that are impossible — so if you’ve tried to tackle the same goal over and over again without success, it may make sense to ask yourself if you really want to achieve this goal.

If you’d rather stick to your normal routines than make changes, you get no judgment from me. I think it’s really brave to know what you want in life and determine that you will not waste time pursuing goals that you don’t care about.

2. I picked routes that I loved.

People often pick a resolution, such as “exercise more,” and then spend a few weeks waking up at the crack of dawn to endure a workout they hate. This is a recipe for disaster. Only masochists can routinely do things they hate. The answer to achieving your goals isn’t learning how to “grin and bear it,” but rather to figure out a path to your goal that naturally makes you grin.

I have tried many different ways to incorporate exercise into my routine. I’ve tried boutique fitness classes — barre, spinning, pilates, rock climbing, and many types of yoga. None of them stuck.

But I love biking. Being on a bike just makes me feel happy and calm. I love being outside, feeling the wind in my hair, and exploring my neighborhood. So my mode of exercise is biking to work, and I love my commute, which has got to be one of the rarest sentences ever said. I love that airplanes fly over the trail I use. I love that I pass by the monuments and a picturesque body of water when I go to and from work. I love that I can wave at a bunch of angry car commuters stuck in traffic.

Even though I honestly love biking to work, it can still be difficult for me to get out on my bike in the morning. Yes, even for something I love to do, I still find excuses to get around doing it. I think it’s too cold, it’s too hot, or it’s too dangerous. So imagine if I hated it in the first place: I would never get it done. Even for something I love doing, I still have to trick myself into putting on my biking gear and just pushing my bike out the door.

I ran a marathon when I was 23, and sometimes I think back and wonder, How in the world did I ever run 26.2 miles? But if I think back even further, what I really marvel at was running eight miles on weekdays and 20 miles on weekends for training. Yes, running 26 miles was more physically difficult than any of the other individual runs, but the marathon was filled with people cheering you on, and you get to take the rest of the day off. On a training day, I still had to accomplish all my normal daily activities and run quite a long distance by myself without anyone cheering. It was the habit of practicing these little, unacclaimed runs that gave me the confidence to accomplish the real thing.

Yes, you’ll remember the end accomplishment more, but the journey is where you’ll spend the vast majority of your time. If you hate the journey, you’ll never make it to your destination. Try to make the journey fun.

3. I eliminated obstacles and temptations ahead of time.

Like many people, I never thought I had time to read. I brainstormed ways to free up more time. Often when I got home, I would go straight to making dinner in front of the TV. While I was making dinner, I would turn on the TV, just to have some background noise. But then with the TV on, it became easy to fall into the habit of watching TV all night.

Some people could learn to turn the TV off, but I didn’t trust myself. Instead, I determined I had to get rid of all TV. I know it sounds anathema to get rid of Netflix, but it makes me feel so much better to read than it does to sit and consume Netflix, so it’s a good trade for me.
Another excuse I abolished was not having books I wanted to read. I kept a rotation of around 12 books lying around my apartment at any given time so I would definitely have a book ready that I would be in the mood to read. I would also keep a book in my purse at all times and read whenever I had any extra time. This made standing in line much easier for a nutty type-A like me.

The final strategy I implemented was carving out me-time at the end of my day. I started taking more baths. I’m not going to bring my computer or phone into the bath, but I will bring a magazine or a book to read. This way, I got rid of all my distractions and gave myself time to read

Not only did I eliminate the temptation of watching TV, but I also created obstacles to failing to finish reading. If I bought books, they could sit endlessly on my shelf. Instead, my strategy was to borrow books from the library. If I didn’t finish reading them before they were due, I’d have to return them and re-borrow them. That gave me the incentive to start, at least, flipping through my books, and then get addicted to reading them. Again, self-control is in limited supply. It’s very easy to fall back into old habits that are familiar and ingrained into our routine. Don’t rely on your willpower — make the path to a better you the path of least resistance.

4. I ignored past failures and instead reminded myself of my successes.

I’ve tried writing in journals for years. I have several partially filled journals to prove it. Even in 2017, it took me a few months to figure out what routine worked for me, and it took even more time to develop the habit. Even now, I still forget to write in my journal sometimes. It would have been easy for me to self-flagellate after the first few times I forgot to write. But that would have been counterproductive. Like most people, if I feel bad about something, I’m more likely to shy away from it. So if I’d shamed myself over my failure to keep the habit of journaling, I would have seen my journal as a symbol of my failure and further avoided it.

Instead, I kept trying and refused to pass judgment on myself. Eventually, I found something that stuck. I look at my journal of 2017 and I’m so grateful that I have it. It now is a symbol of success — not because it was an immediate success, but because I refused to give up on it.

It’s a few weeks into the New Year and you may have already fallen off the Resolution wagon. But there are still many more months in the year and a lot more time in your life. Don’t be discouraged by a momentary setback. The story is not over yet; your story isn’t over yet. Every part of your journey is a stepping stone to something else, and you don’t know where it’ll lead. Maybe your failure at one point in the process is merely the stepping stone to your great success. This failure over your New Year’s Resolution is not the end for you; it’s just another chance to begin.

I’d like to say that after 2017, I’m now married to a great guy and in a job I love. While I’m still single and still at the same job, I feel a lot better about both circumstances, thanks in no small part to these resolutions. I heard Sara Blakely, the self-made billionaire founder of Spanx, give advice on being grateful for when times are tough, because, “When things are the hardest is when you feel the most inspired to make a change.” So in some ways, I’m grateful for how tough my 2016 was, because it set my 2017 up to be a personal success. Here’s to 2018.