4 Helpful Life-Lessons I Took From My Yoga Training (And How You Can Use Them, Too) 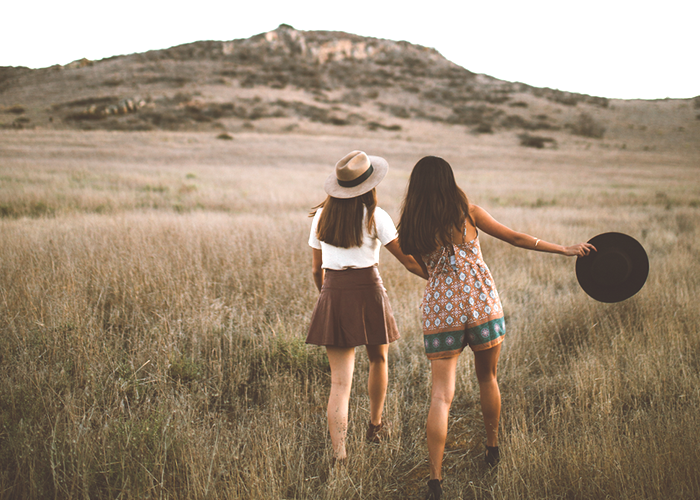 I’m in my final six weeks of college, and although I’m definitely enjoying it, I’m also a little emotionally exhausted. I haven’t been particularly busy lately – if anything, this week has been slower and easier than it often feels — but I definitely haven’t been feeling well, and I think that it is a good idea to take some time that is dedicated to personal pursuits such as writing, cooking healthful meals for my boyfriend and I (who have been living off Domino’s Pizza and regret for two weeks straight), and hopefully, getting back into my ~yoga groove~.

every day for many years now, and even completed a teacher training program back in 2014. Yoga is a big part of my life, mostly because it keeps my body feeling healthy, which is all I can really ask for from anything at this point in my life, because I have a slew of constant medical problems which I tend not to discuss on the internet.

However, when I mention my yoga teacher training on here, it is often in a way that is putting it down. I did enjoy my experience, and I do not regret it, but it was definitely an expensive decision to make, and at the time, I made the decision for the wrong reasons.

That being said, I learned a lot during my time in that training, and I try to remind myself today that it was definitely a worthwhile experience even though I’m not necessarily using the certificate to work as a yoga instructor.

I learned a bunch of non-yoga-specific lessons during my time at the studio, and here are a few of the ones that help me most — and the ones that I’m thinking about this week, as I take a little break and rest my tired bod.

1. You really don’t need to keep being mad about that thing you’re mad about.

During my training, we were often told during guided meditations to focus on meditation

for people we genuinely don’t like. I’m not sure why I listened without scoffing at the idea, because a) I’m not a very spiritual, medidate-y type of person, and b) I prefer to hate the people I hate, thankyouverymuch. But I did listen, and I sat through those guided meditations and repeated over and over in my head that I hoped the people I truly hated most were doing well. And even though it felt shitty in the moment, when I ran into one of those people on campus a few weeks later, I was shocked at how amazing it felt to not feel my blood boiling at the mere sight of them. Some grudges should be kept, sure, and inexcusable behavior shouldn’t be excused just because you want to be a ~chill person~, but there is definitely something to letting shit go sometimes. Releasing the anger in whatever way you can and moving on is sometimes the best (and healthiest) option.

2. It doesn’t really matter what the bitch next to you is doing.

After many years of faithful, daily yoga practice, memberships to a number of studios, countless classes, and a friggin’ teacher training course, I am still not able to reach the toes on my right leg. If I am seated with my right leg out and I try with all my might to reach for the toes, I’m not getting half-way there before my hamstring begs me to cut the shit. That is a skill that simply isn’t in my basket. I can train and practice and stretch all I want, but that’s a thing my body won’t do. And that is totally okay, despite the fact that I was insanely insecure about it for a long time (especially while spending time in yoga classrooms full of bendy pretzel-women).

Much like everywhere else in life, a yoga studio is an excellent place to compare yourself with everyone around you, and make yourself nearly insane at the unattainable perfection you see. But, also much like everywhere else in life, you sometimes need to press pause, close your eyes, and focus on you – you’re just a different person than that bendy bitch next to you, the same way you’re a different person than that one girl who got the promotion when you didn’t. It sucks to want something that someone else has, but at the end of the day, you are you – just focus on you.

3. Your body deserves a lot better than you give it, probably.

I realized during the time I was training that I wasn’t ever being kind enough to my body. I’m the type who, of course, loves a good nap, but actually functions beautifully without getting a ton of sleep each night. I can pretty much always stay awake if I need or want to for some reason, which is a good and bad thing. It is nice to be able to pull an all-nighter to work on a project if need be, or stay up late for some fun event that will require me to be out until the sun rises. But it also means that it isn’t difficult to take advantage of my special gift and basically never sleep. The thing is, even if I feel okay getting only three hours of sleep per night, my body is desperate for more, and slowing down in other areas to compensate. When I don’t sleep, my skin gets yucky, my body starts to feel out of shape and sluggish, and I definitely get a little moody. Spending time in the yoga studio and focusing solely on my body reminded me that my body does pretty amazing stuff for me (like allowing me to do handstands, or even simply allowing me to stand upright and walk), and I should thank it by giving it what it needs — good sleep, good exercise, and good rest.

4. You can’t purchase a mindset.

I talk about aspirational spending often, and it is definitely something that happens in a lot of areas of life – including yoga studios. It is hard to look at the glistening, rock-hard abs on the statuesque blonde woman next to me who somehow can afford a $7 kale smoothie every day and wish I could just be her. It is easy to think if I fork over the cash for new yoga clothes, or a dye job, or a $7 kale smoothie that maybe I’ll start to become her. But I learned the hard way that this simply isn’t true. If you want to be confident, enlightened, strong, or whatever the hell else you want to be, you have to work your way there – not spend your way there.