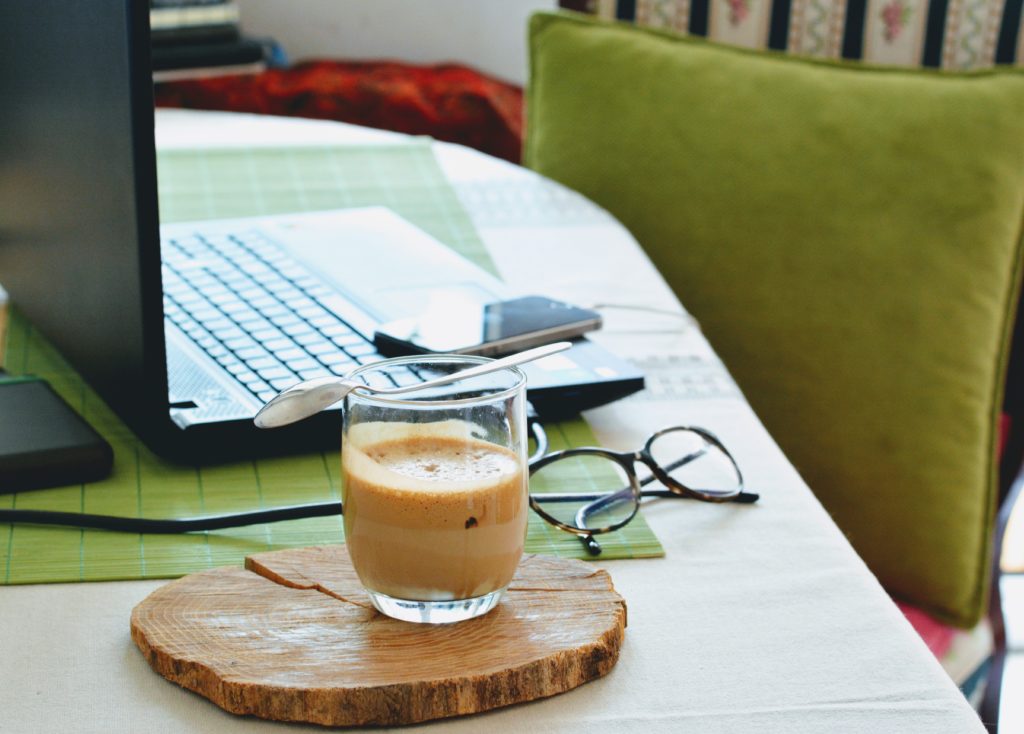 We knew, when my boyfriend took on a full-time night shift job, that it was going to be a huge change of pace for us. I worked a full-time 9-5 office gig, while the new position he had been hired for required him to work from 11 PM – 8 AM, five shifts a week. We knew that it would mean that we would see each other a lot less, but we also didn’t anticipate how much it would affect everything, or how big of an adjustment it would be to just try to live a normal day-to-day life.

The biggest challenge for Josh was trying to get his body to adjust to a new sleep schedule. When he didn’t get decent sleep, it made the already unusual shifts feel even longer. Often, his exhaustion would build up so much throughout the week that he would end up sleeping through all of his time off.

Seeing that he needed support while diving into this new way of life, I talked to some of my friends who had also worked night jobs and asked them for some advice. Many of them almost immediately suggested buying a few things to help ease the transition, including the following:

We barely had curtains put up over all the windows in our apartment, but one of the first things I ordered when Josh got his new job was a pair of blackout curtains to set up in our bedroom. Getting decent sleep was the goal every day, and the curtains helped immensely with that. They blocked out the sunlight pretty well, creating the illusion of normalcy, since sleeping with sunlight shining on you is not only distracting, but it also feels incredibly unnatural. Buying actual curtains (instead of just trying to cover the windows) was also totally worth it, since they can be moved out of the way on Josh’s days off.

My friend told me about how important earplugs were for her when she worked as a night stock associate at a retail store. I didn’t think there were that many more noises during the day than at night, but we quickly realized how much harder it is to sleep when the rest of the world is awake. Our upstairs neighbors had kids that would run around loudly throughout the day. There was also often general maintenance being done in the hallway or home repairs being done in the surrounding apartments. Earplugs were a great way of keeping some of that noise out.

When earplugs fall short, many of my other friends suggested investing in a white noise machine. Luckily, Josh started the new job in the summer, a time when we constantly had our window air conditioning unit running to ward off the heat, so the sound of it running acted similarly to a white noise machine. It was amazing how much it could help drown out the rumbling of big trucks and buzzing of construction down the street. We live on a one-way street where there seems to be no shortage of horns honking or dogs barking, and it was great to have constant background noise help neutralize some of those sounds.

Apart from sleep, working a night shift can also really mess with your eating schedule. A coworker said that her mother lost a lot of weight working nights as a nurse. The problem is that unless you bring food from home for shifts, it’s hard to find food that is available in the middle of the night, and even if it is available, it’s often unhealthy. Josh stocked up on granola bars to snack on in the night, which often gave him the boost he needed to get through his shift.

The other problem that arose was that making food in the morning was often a chore. Josh would be exhausted from his shift and needed something quick to make so that he could start winding down and getting ready for bed as soon as possible. Our solution was to try to have ready-made things available as much as possible — leftovers, frozen meals, other easy, packaged things that just required warming up. While it wasn’t always the tastiest thing to be eating, it cut down on him eating out and gave him some sustenance without lots of dishes or preparation.

No matter what, working a night shift is a big adjustment and one that many never truly get used to. That being said, if you can do little things to help make things a little easier, it’s well worth the investment. These four purchases were a great starting point for us, and hopefully, they will be helpful for others as well.

Kimberly Lew is a published playwright and writer whose articles have appeared on websites like Real Simple, The Washington Post, HelloGiggles, and The Billfold. Find her website here.